IPL 2022 likely to begin in THIS city from April 2, says report

Since the 15th edition of the T20 league will have 10 teams and 74 games in all, the BCCI has discussed internally that the length of the season will be for over 60 days. 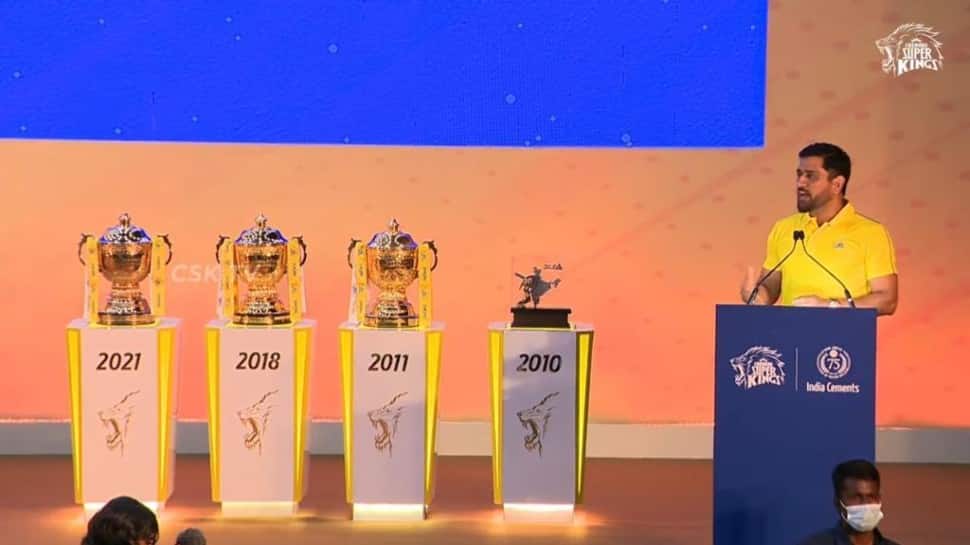 The next edition of the Indian Premier League (IPL), which will be a 10-team affair, is likely to begin on April 2 in Chennai – the home of IPL 2021 champions Chennai Super Kings. According to a report in website, fixtures have not been finalised but the BCCI has internally conveyed to the key stakeholders that the board is planning to start IPL 2022 on April 2 in Chennai.

Since the 15th edition of the T20 league will have 10 teams and 74 games in all, the BCCI has discussed internally that the length of the season will be for over 60 days. As a result, the final could be played in the first weekend of June, according to a Cricbuzz report.

Notably, each team will have 14 league games with the current format of seven home and away games each retained. As Chennai Super Kings are the defending champions, Chepauk will be the obvious choice for the inaugural game but there is no formal decision whether their opponents will, again, be Mumbai Indians, which has been the case mostly.

Earlier, in his speech at CSK’s fourth IPL win celebration event, BCCI secretary Jay Shah had announced that the IPL will be returning to India, after the full season of 2020 and a half-season of 2021 were staged in UAE.

“I know you all are waiting to see the CSK play at Chepauk. Well, the moment is not very far. The 15th season of the IPL will take place in India and it will be more exciting than ever with two new teams joining. We have a mega auction coming up, so it will be interesting to see what the new combinations look like,” the BCCI secretary had said at the function.