Watson had signed up with Dhaka Dynamites in 2017 but ended up missing the tournament due to an injury. 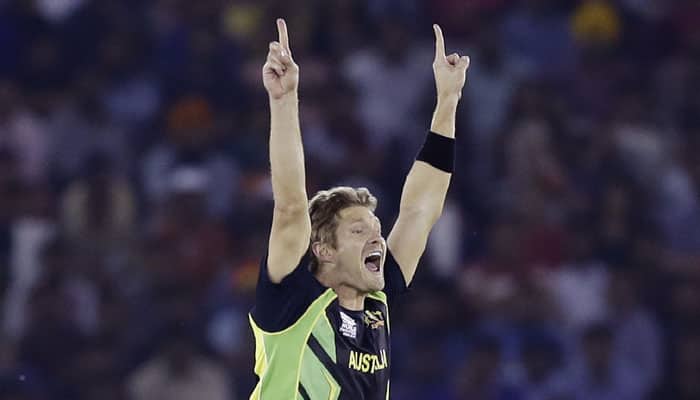 Bangladesh Premier League`s (BPL) side Khulna Titans on Thursday announced the signing of Australian all-rounder Shane Watson for the upcoming edition of the tournament.

"I am super excited to join the Khulna Titans for the upcoming Bangladesh Premier League season. The coaching and management team at the Khulna Titans are putting together an amazing squad, so hopefully we can bring home that title that we have always been looking for," ESPN Cricinfo quoted Watson as saying.

Watson had signed up with Dhaka Dynamites in 2017 but ended up missing the tournament due to an injury. The seventh edition of BPL will be starting in the first week of December this year.

The 38-year-old Watson had announced his retirement from Australia`s domestic T20 competition, Big Bash League (BBL) in April this year, but he continues to be an active player in other T20 leagues around the world.

While announcing his retirement from BBL, Watson had said: "I want to thank everyone from the bottom of my heart who has been involved with the Sydney Thunder over the last four seasons."

Watson played for Sydney Thunder in the BBL and was a part of the team for four years before captaining the side in the past three BBL seasons. Watson had called time on his BBL career after finishing as the Sydney Thunder`s all-time leading run-scorer with 1014 runs, including a century scored at Brisbane against Brisbane Heat.

"I will most definitely miss the support that the club gets from the Thunder Nation. Their unwavering support through the ups and downs inspire everyone and I will cherish that support deeply," Watson had said.

"Finally, to my teammates, I have played with so many great people and cricketers at the club and I sincerely wish everyone the absolute best for the upcoming seasons," he added.

He was part of the Chennai Super Kings (CSK) in this year`s IPL and is all set to play in the inaugural season of Euro T20 Slam as well.

There has never been any doubt on Jason Roy's talent: England selector Ed Smith