Mohammad Hafeez: Man of the Match in England vs Pakistan World Cup 2019 clash

Hafeez has now scored a total of 6,377 runs and bagged 137 wickets in 211 one-day internationals he played so far for the Pakistan team. 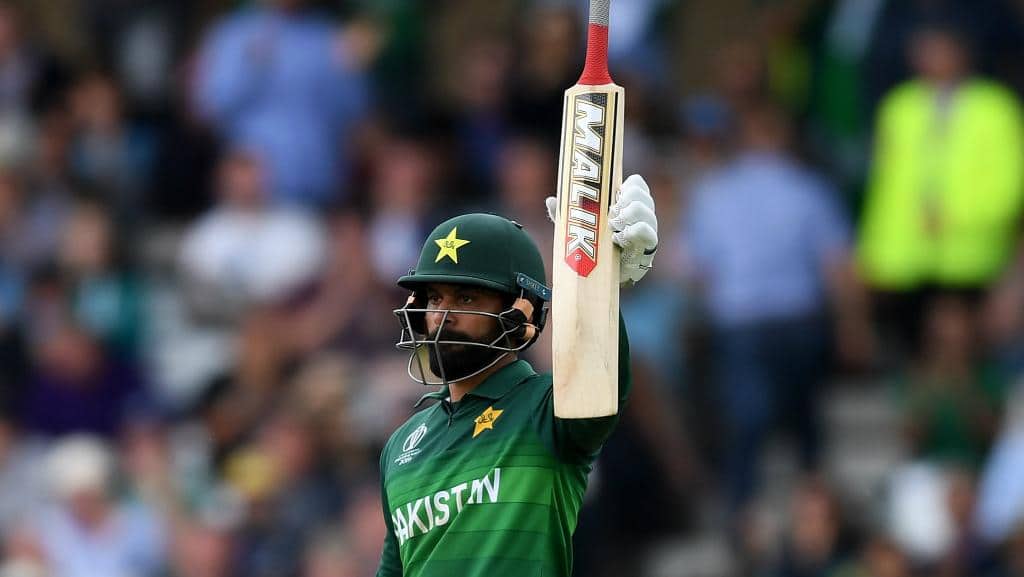 Mohammad Hafeez was declared Man of the Match after he produced an all-round show to help Pakistan stun hosts and top-ranked side England by 14 runs in their second match of the 2019 International Cricket Council (ICC) World Cup at Trent Bridge, Nottingham on Monday.

After England skipper Eoin Morgan won the toss and asked Pakistan to bat first, Mohammad Hafeez not only struck a 62-ball 84 runs but also shared over 80-run partnerships with Babar Azam (63) and skipper Sarfraz Ahmed (55) to help Pakistan put a mammoth total of 348/8--which was their second-highest World Cup total.

Not only this, Hafeez also contributed with the ball and finished with the figures of one for 43 in seven overs he bowled during the match as Pakistan successfully defended their total to win their first match of the ongoing edition of the quadrennial event.

While picking up the Player of the Match award, Hafeez said that he just took calculated risks during his innings, which turned out to be in his favours.

"Everyone believed we can do this. We're really happy and everyone chipped in, taking the task and giving everything. To be honest, we were very confident and we had a good meeting together. We just needed one winning performance. It was a total team effort. I was just trying to play my natural shots. Sometimes you have to take calculated risks and it worked for me today. Whenever we come to UK, we get good support. It's like a home to us," ESPNcricinfo quoted Hafeez as saying.

Hafeez has now scored a total of 6,377 runs and bagged 137 wickets in 211 one-day internationals he played so far for the Pakistan team.