The former India captain MS Dhoni played a number of shots including his trademark – Helicopter shot in the CSK practice session. 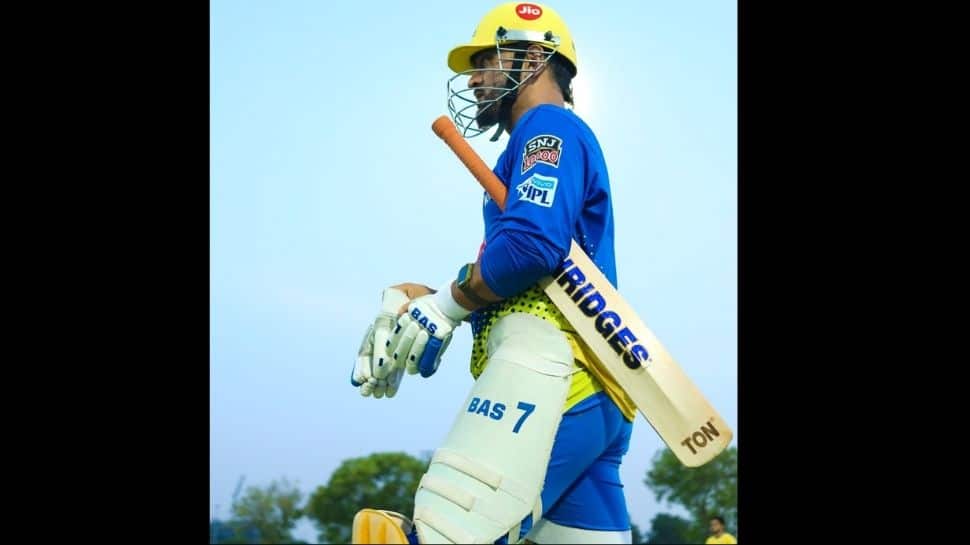 Chennai Super Kings skipper MS Dhoni seems to be fine hitting form in the UAE ahead of Indian Premier League (IPL) 2021 resumption on Sunday (September 19). Dhoni, who has scored just 37 runs in 7 games so far, would be pleased by the team’s progress so far as they are currently in second place on the points table with 10 points.

CSK on Tuesday (September 14) released a funny video featuring skipper Dhoni enjoying a light moment on the practice pitch. In the session, the 40-year-old was seen smashing huge sixes much to the delight of the fans.

The former India captain played a number of shots including his trademark – Helicopter shot. One of the eye-catching elements was the presence of former India bowling coach Eric Simmons – who is acting as umpire in the clip. “Erictainment -Just for laughs,” CSK wrote in a tweet post.

The clip garnered as many as 8700+ likes within few hours.

CSK will resume their IPL 2021 campaign against Mumbai Indians (MI) on Sunday. They would look to avenge their defeat in the second meeting after Kieron Pollard’s exploits helped MI defeat CSK in their last meeting.

Last month, Dhoni was seen focusing on his hitting prowess as the 40-year-old can be seen hitting gigantic sixes in the video shared by CSK on Twitter, but what’s interesting is that the former India skipper had to go searching for the ball in the bushes after smashing a biggie during the net practice session at the ICC Academy in Dubai.

CSK had posted a minute and a half long video on its official social media account with the caption, “Dhoni’s Sixes Handshake Our love for Thala Out of bounds#WhistlePodu #Yellove Lion faceYellow heart @msdhoni”

In the video, Dhoni can be seen smashing monstrous sixes and once he was done batting, the CSK skipper went for ball-searching with his teammates and managed to retrieve some of the balls from the bushes.