MS Dhoni had to go searching for the ball in the bushes after smashing a biggie during the CSK's net practice session at the ICC Academy in Dubai. 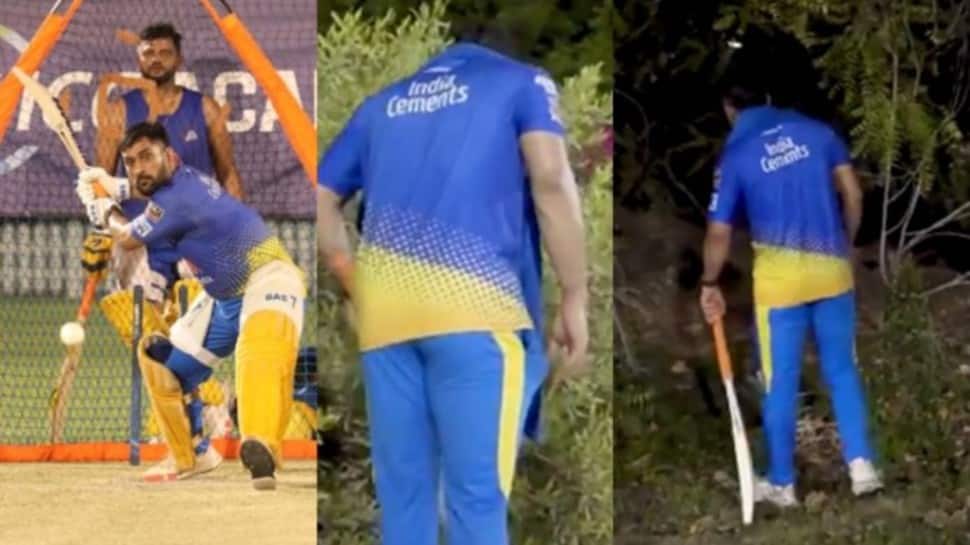 The first group of Chennai Super Kings (CSK) players, including skipper MS Dhoni, have been sweating hard in the nets after arriving in UAE on August 13 for the second phase of IPL 2021. The players are leaving no stone unturned to resume their side's campaign from where they left - winning five out of the seven games they played.

Meanwhile, Dhoni is focusing on his hitting prowess as the 40-year-old can be seen hitting gigantic sixes in the video shared by CSK on Twitter, but what’s interesting is that the former India skipper had to go searching for the ball in the bushes after smashing a biggie during the net practice session at the ICC Academy in Dubai.

CSK on Tuesday posted a minute and a half long video on its official social media account with the caption, “Dhoni’s Sixes Handshake Our love for Thala Out of bounds#WhistlePodu #Yellove Lion faceYellow heart @msdhoni”

In the video, Dhoni can be seen smashing monstrous sixes and once he was done batting, the CSK skipper went for ball-searching with his teammates and managed to retrieve some of the balls from the bushes.

Dhoni's Sixes Our love for Thala

Notably, one of the most successful IPL teams, CSK failed to reach the playoffs last year for the first time in the tournament's history and Dhoni himself was poor with bat. However, CSK were second on the points table before IPL 2021 got suspended and they will aim to continue the good show when the cash-rich league resumes.

IPL 2021, which was postponed in May this year in the wake of the COVID-19 pandemic, will resume on September 19 in Dubai with a blockbuster clash between Chennai Super Kings and Mumbai Indians. The action will then shift to Abu Dhabi where Kolkata Knight Riders will square off against Royal Challengers Bangalore.

Sharjah will host its first game on September 24 when Royal Challengers Bangalore take on Chennai Super Kings. In all, 13 matches will be held in Dubai, 10 in Sharjah, and 8 in Abu Dhabi.