The identification on the Test jersey is an initiative by the ICC to help fans connect with the players. 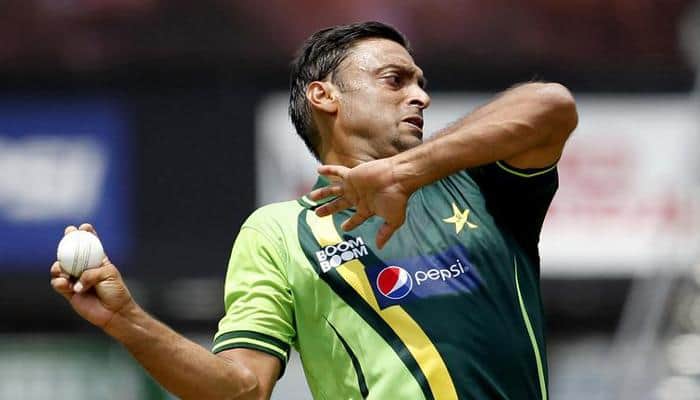 Former Pakistan bowler Shoaib Akhtar on Sunday termed the addition of name and numbers on Test match jerseys as awful and asked for the reversal of this decision by the International Cricket Council (ICC).

"Player`s name & number on the white Test Match kit looks awful. Should not be there. Takes away from the traditional spirit in which the game is played. This decision should be reversed. #TestCricket #Tradition," Akhtar tweeted.

Earlier, former Australian bowler, Brett Lee had also criticised this addition to Test cricket, calling the decision as ridiculous."For what it`s worth I`m strongly against the player`s numbers & names appearing on the back of Test cricket shirts! I think it looks ridiculous. @ICC I love the changes you`ve made to cricket in general, but on this occasion, you`ve got it wrong. #tradition #cleanskin #nonames," Lee had tweeted.

The identification on the Test jersey is an initiative by the ICC to help fans connect with the players. England and Australia, competing in the Ashes series, became the first two cricketing nations to wear names and numbers on their jerseys for the first time in the 142-year history of Test cricket.

The top two teams with most points as of April 30, 2021, will then contest in the WTC final on June 2021 in the UK. Each of the nine teams will play six of the eight possible opponents across a two-year period, with three series at home and as many series away and a total of 120 points up for grab within each series.

The ongoing Ashes is the first series under the World Test Championship.