Since making his debut in international cricket in 2017, Shadab has appeared in a total of 41 ODIs and 32 T20Is but has managed to clinch only 12 scalps in just five matches he played in the longest format of the game. 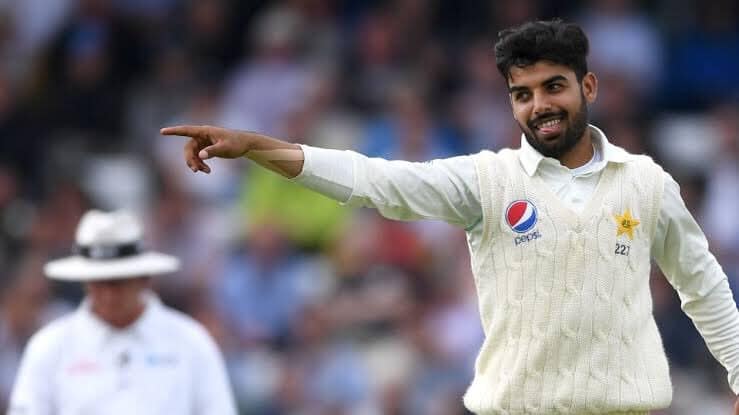 Pakistan cricketer Shadab Khan has said that he is eager to work on his bowling as well as batting in order to cement his spot in the side's Test team as a usefull all-rounder.

Shadab, who was talking before joining the pre-season training camp at the National Cricket Academy (NCA) in Lahore under the coaching of former Pakistan skipper Misbah-ul-Haq, said that he wants to bring improvement in his performance and become a useful asset for the Test side.

“I have played a good number of white-ball matches and just five Tests. Therefore, I need to bring improvement in my bowling and batting to cement my place in Test cricket too, as a useful all-rounder," the Dawn quoted Shadab as saying.

Since making his debut in international cricket in 2017, Shadab has appeared in a total of 41 ODIs and 32 T20Is but has managed to clinch only 12 scalps in just five matches he played in the longest format of the game.

Talking about the pre-season camp, Shadab said that he is looking forward to train under Misbah who has a vast experience of both international and domestic cricket.

Shadab also expressed pleasure over the return of international cricket in the country. Sri Lanka are all set to travel to Pakistan for three ODIs and as many T20Is, beginning September 27.

“It has been all pleasure for the Pakistan cricketers to play before our home crowd.Though the news [of Sri Lanka not playing the Test matches] is a bit disappointing, it is good that at least shorter-version international matches are being held in Pakistan,"the leg-spinner said.

The PCB has been continuously stepping up its efforts for restoring international cricket in the country. The country has successfully hosted Pakistan Super League (PSL) matches, an ICC World XI in 2017 and West Indies in 2018 and Sri Lanka for a one-off T20 in 2017.