Shastri is currently with the Indian team for their ongoing two-match Test series against Bangladesh. 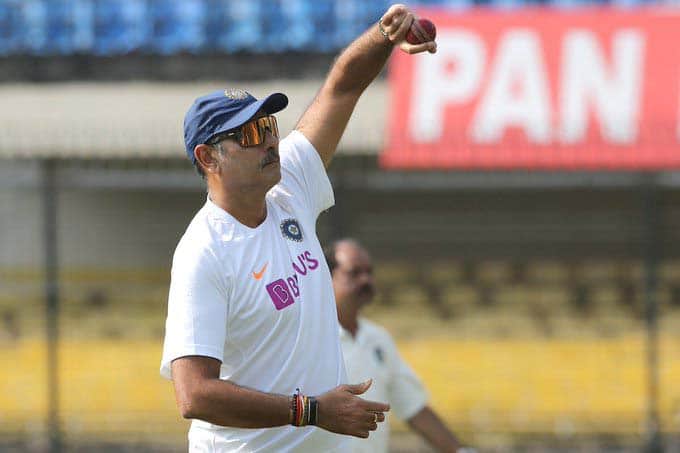 Indian head coach Ravi Shastri has once again found himself at the receiving end of trolls and criticism on social media after he posted a couple of pictures of himself bowling.

Ahead of India's opening Test of the two-match Test series against Bangladesh, Shastri took to his official Twitter handle and posted some pictures from the net of him bowling left-arm spin.

In the picture, the Indian head coach could be seen rolling his arm over in the nets during his side's training session at the Holkar Stadium in Indore prior to the opening Bangladesh Test.

However, Shastri's posts did not go down well with the Indian netizens once again as they started flooding it with hilarious memes.

During his playing days, the former Indian leg-spinner bagged 151 wickets in 80 Test matches he played for India. He also claimed 129 wickets and 509 wickets in ODI and first-class matches, respectively.

Shastri is currently with the Indian team for their ongoing two-match Test series against Bangladesh.