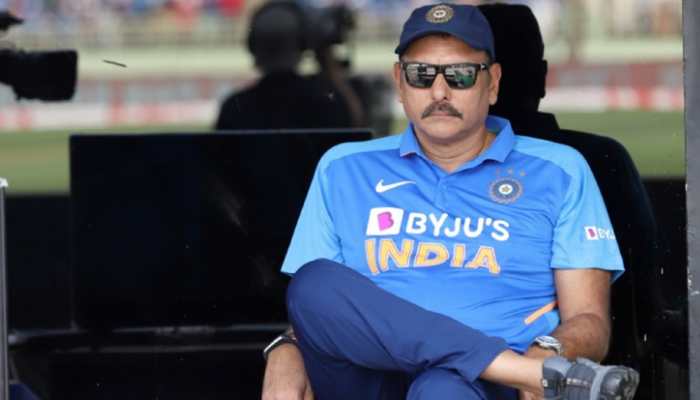 The ICC World Test Championship (WTC) finalists India and New Zealand finished as the top two teams respectively in the ICC Men's Test team rankings after the annual update carried out on Thursday. 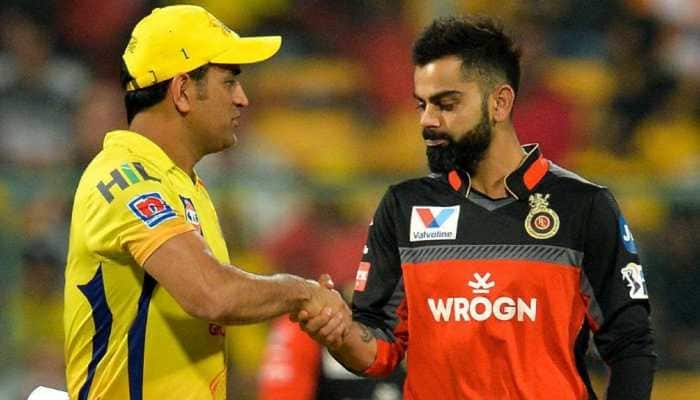 RCB climbed to the top of the table after beating DC, and Shastri’s tweet has now forced netizens in contemplating that he is backing Kohli and co. to win their maiden IPL title this year. 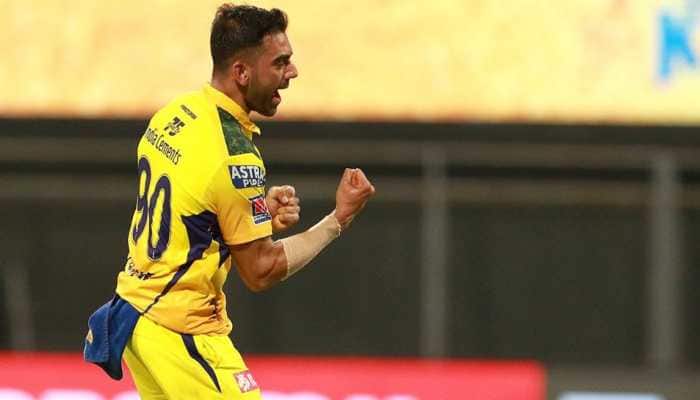 Deepak Chahar had a brilliant outing in the Indian Premier League clash against Punjab Kings as the seamer helped Chennai Super Kings dictate proceedings, after they invited KL Rahul and co. to bat first. 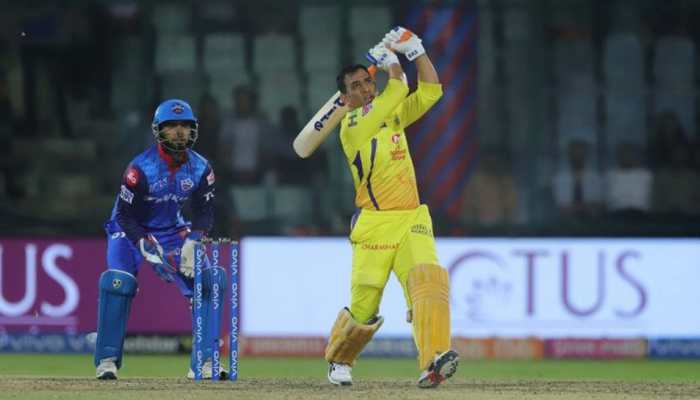 Hours ahead of the much-anticipated clash, Team India head coach Ravi Shastri had a special request for the fans watching back at home. 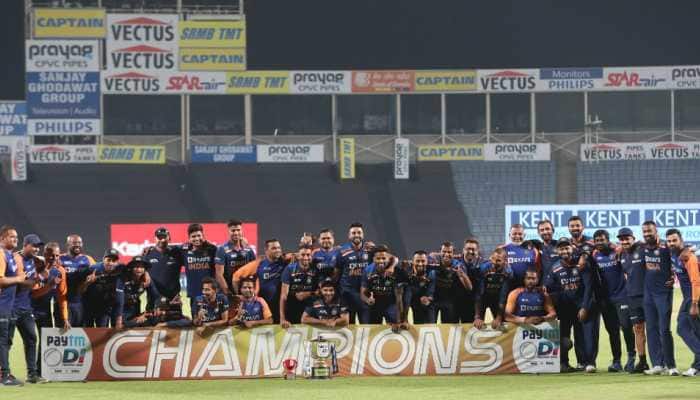 Shastri’s remark came as the Men in Blue India defeated England in the third ODI by seven runs to win the three-match series 2-1. 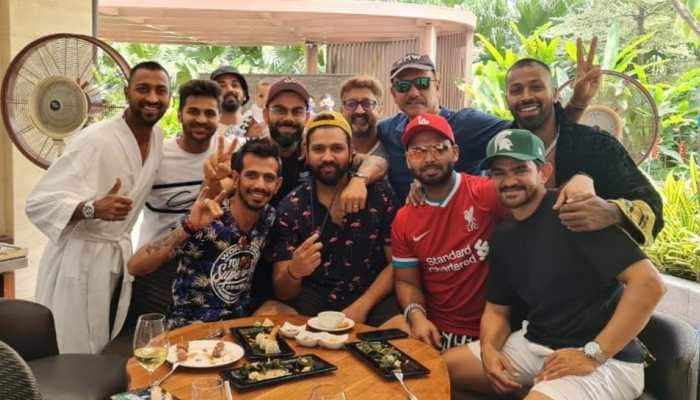 Shastri took to Twitter to share a picture in which Virat Kohli, Shardul Thakur, Rishabh Pant, Krunal Pandya, Hardik Pandya, KL Rahul, Yuzvendra Chahal, Rohit Sharma and Shastri himself can be seen in a jovial mood. 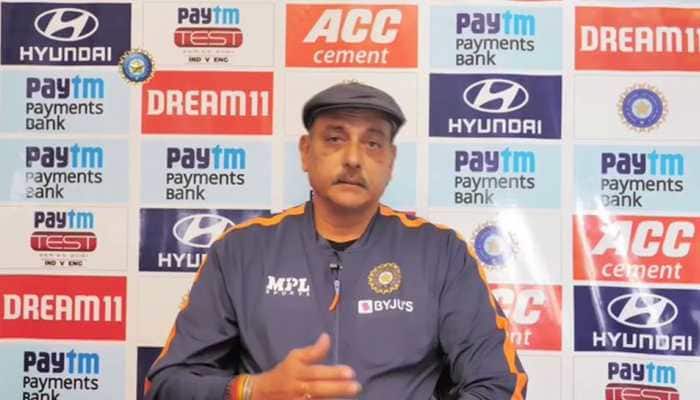 'Enjoy your drink yaar': Ravi Shastri unfazed by viral memes on him

India coach Ravi Shastri is unfazed by the memes, which often circulate on social media, describing it as a mere 'banter' to have fun. Shastri feels it's okay to let people share a smile at his expense adding that he is happy as long as the team is doing well. 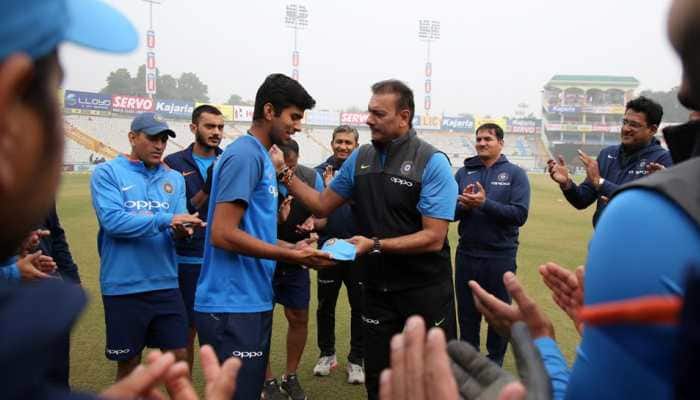 Washington Sundar can perform the role I used to play for India during my time: Ravi Shastri

Ravi Shastri also suggested that Washington Sundar should start batting in the top four for Tamil Nadu across formats. 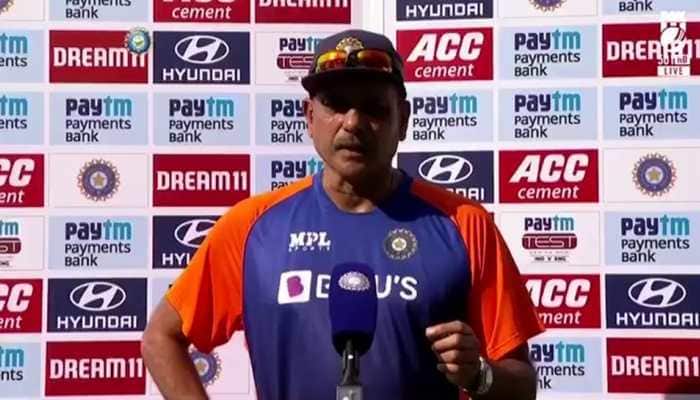 IND vs ENG: Who will complain against a track like this, it was fantastic entertainment, says Ravi Shastri

There is no reason to cry over the nature of the Motera track, India Head coach Ravi Shastri asserted on Saturday, saying the curator prepared pitches that produced "fantastic entertainment" in the last two matches in Ahmedabad. 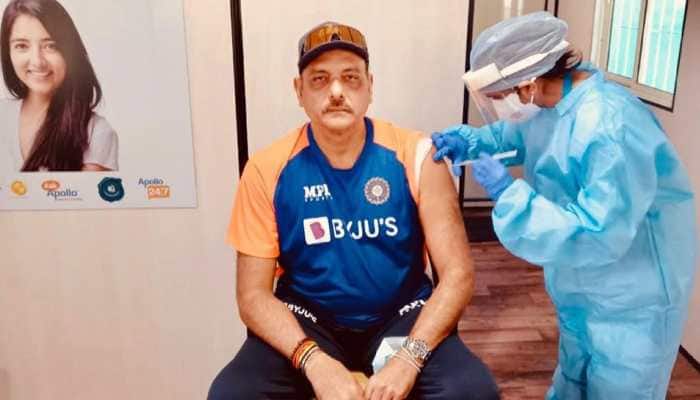 Former India all-rounder Ravi Shastri joined PM Narendra Modi and other political leaders in getting his first shot of COVID-19 vaccination in Ahmedabad on Tuesday (March 2). The head coach happened to get the vaccine just 48 hours before the fourth and final Test against England in Ahmedabad. 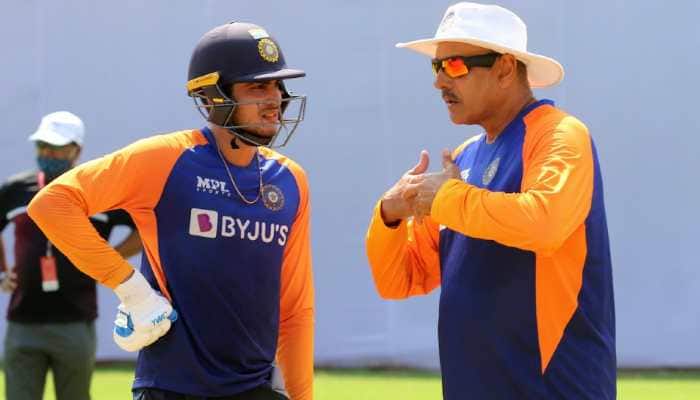 India vs England: Virat Kohli's boys get ready to bounce back in 2nd Test

Team India will take on England in the second of the four Tests getting underway at the MA Chidambaram stadium in Chennai from Saturday (February 13). The hosts lost the first Test by 227 runs to go 1-0 down in the series. Virat Kohli's side will be boosted by Axar Patel's return to fitness will England announced 4 changes as James Anderson, Jofra Archer, Dom Bess and Jos Buttler will be sitting out the second Test. We take a look at India's preparation for the second Test through some pictures of their training session. 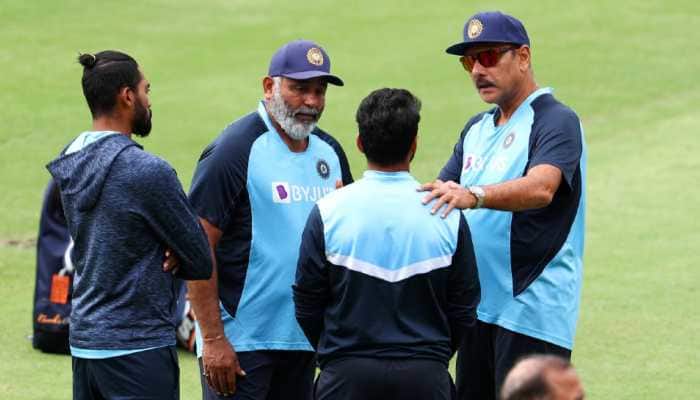 After a massive defeat in Adelaide Test, where India registered their lowest ever score in Test cricket – 36 all out, the Asian giants bounced back in the series in the absence of Virat Kohli, Mohammed Shami and other key players. 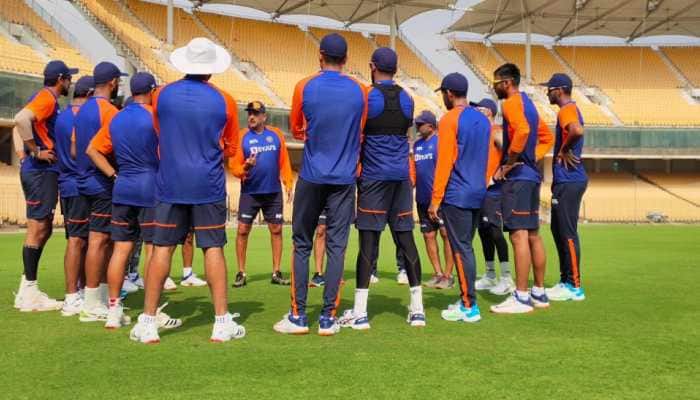 The Virat Kohli-led India squad had their first outdoor training session on Monday ahead of the first Test against England. Three RT-PCR tests for coronavirus were conducted at regular intervals and all the Indian players were tested negative. 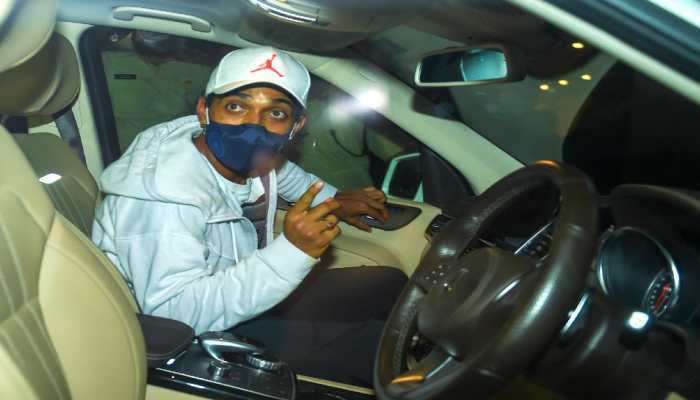 Team India players arrived in Mumbai and New Delhi airport from Australia on Thursday (January 21) morning after retaining the Border-Gavaskar Trophy with a 2-1 Test series win over Australia. It was a muted welcome of sorts with all of the cricketers arriving with face masks on and those arriving in Mumbai will have to go into at least four days of home quarantine. 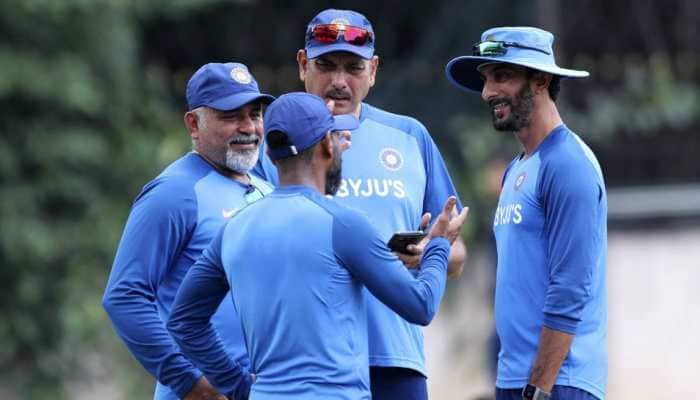 Shastri hailed the team for the resilience and spirit they showed to come back from the Adelaide debacle and win the series to retain the Border-Gavaskar Trophy. He then lavished praise on Shubman Gill for his fluent 91. He hailed Cheteshwar Pujara -- who copped several blows to the body for his 211-ball 56 in India's second innings -- as 'the ultimate warrior'. 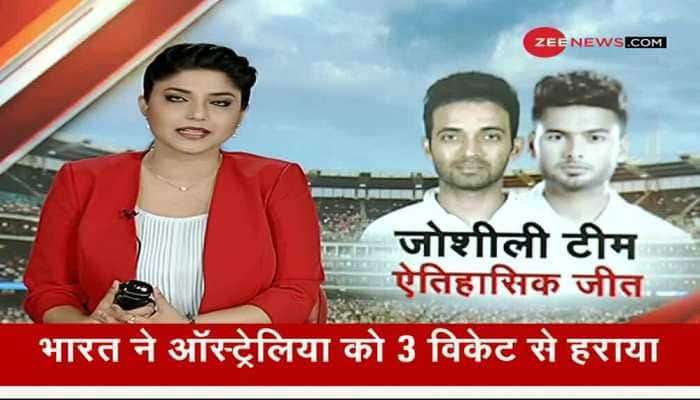 India beat Australia by 3 wickets in a thrilling test match played in Brisbane. After this victory, team India is constantly being congratulated. At the same time, after the victory, the BCCI has made a big announcement. 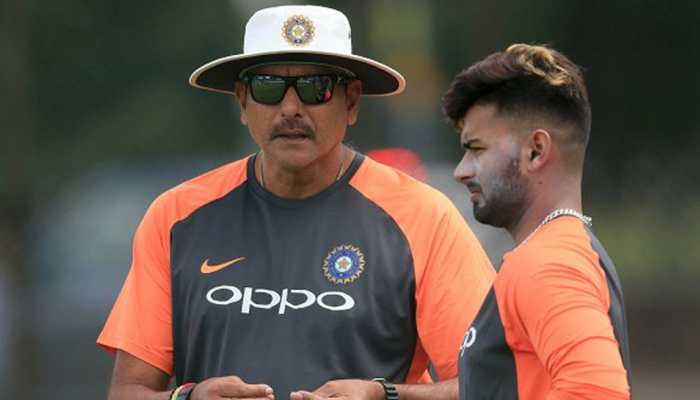 IND vs AUS: Rishabh Pant is a match-winner, that's why we prefer to play him abroad, says Ravi Shastri

Ravi Shastri was effusive in his praise for the entire group which showed tremendous character to bounce back after the humiliation in Adelaide, especially when then side missed stalwarts like Virat Kohli, Jasprit Bumrah, Ravichandran Ashwin, and Ravindra Jadeja. "The boys have performed so well that I am lost for words. The character of this team is amazing especially after the 36 all out at Adelaide," he said. 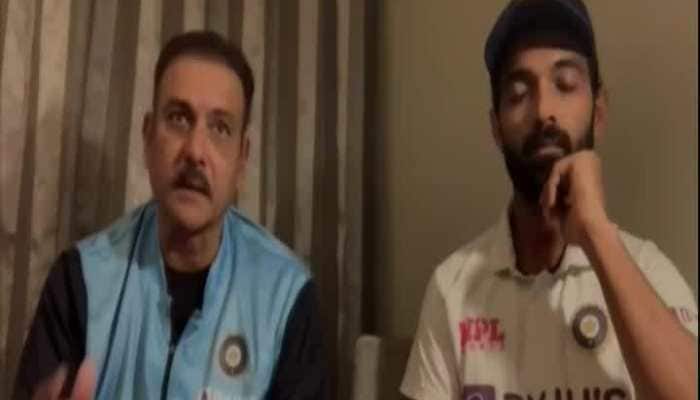 Indian cricket team coach Ravi Shastri said that he couldn't stop his tears after winning the historic test series in Australia, while team captain Ajinkya Rahane also got emotional after the win in Brisbane on Tuesday. 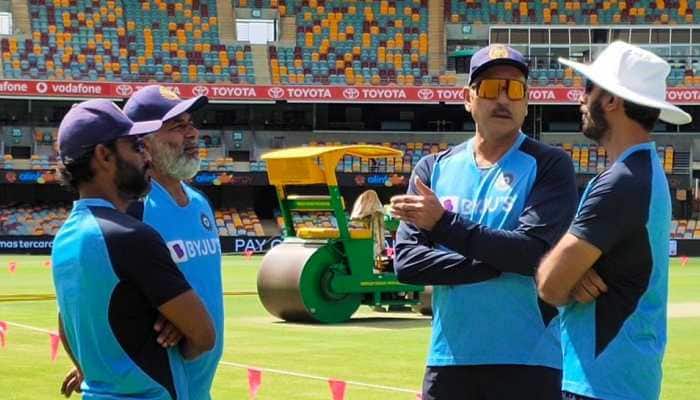 In Pics: Teams 'regroup' at Gabba after India's 'epic fightback' in Sydney

India and Australia began preparation for the fourth Test at Gabba in Brisbane starting on Friday (January 15). 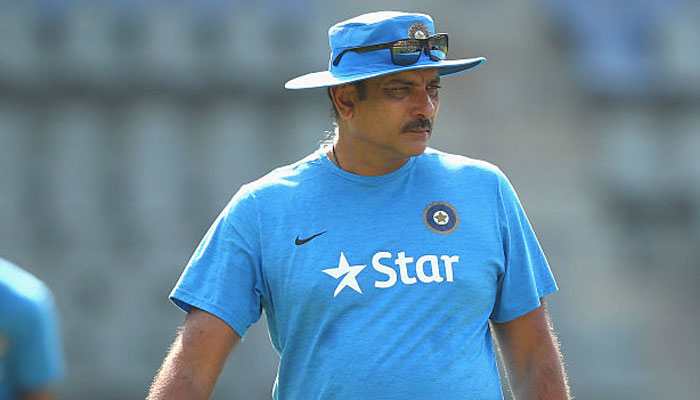 Indian cricket team coach Ravi Shastri believe's that Virat Kohli's decision was the right one as such moments don't come again. India skipper Virat Kohli will be returning home after the first Test at Adelaide.