The picture of Shastri sleeping in the dressing room drew a number of reactions on social media and eventually it also became the subject of many jokes. 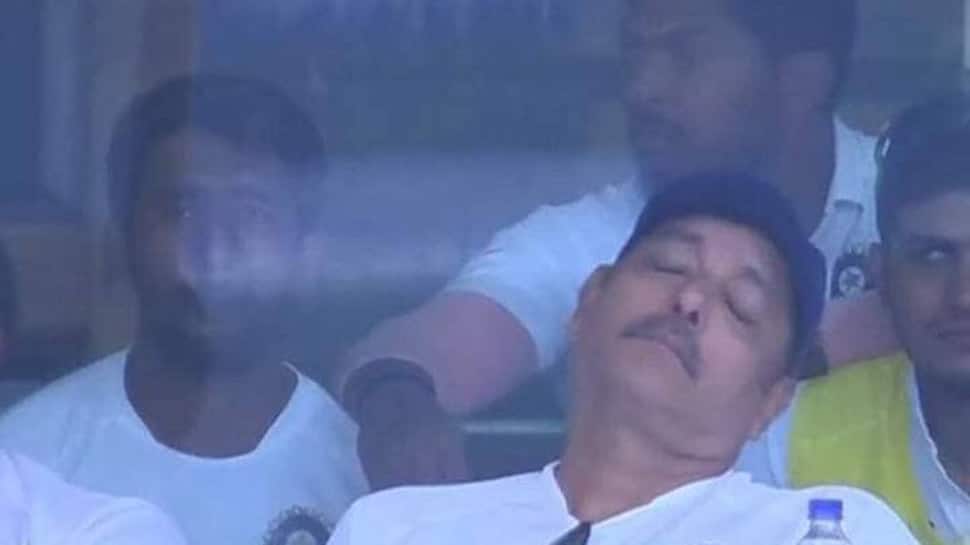 Ranchi: India crushed South Africa by an innings and 202 runs in the third Test to register a 3-0 clean sweep, but the image that stole the attention of the fans on social media was a picture of head coach Ravi Shastri napping during the game.

The picture of Shastri sleeping in the dressing room drew a number of reactions on social media and eventually it also became the subject of many jokes.

Sharing the image on Twitter, a fan even termed Shastri as 'Sleeping Coach'.

Another fan took a jibe at the head coach and tweeted: "Ravi Shastri has the best job in the entire world. Drinks at will, takes naps during office time, gets paid in crores."

"10 crore per year for sleeping waha #RaviShastri," another person wrote sharing the image.

One other fan compared Shastri with Kumbhkaran, who was a demon and younger brother of Ravana in Ramayana and was known for sleeping for six months and when he awoke, he ate everything in the vicinity.

"Proofs that #RaviShastri is the reincarnation of Kumbhkaran -- 1. Sleeps half the time 2. When wakes up, consumes alcohol and beverages 3. Has a fully grown paunch 4. Always ready to fight on the field," the person wrote.

After the emphatic series win, Shastri emphasized that it was a complete team effort and not just performance from certain individuals that helped them register their record 11th Test series win.