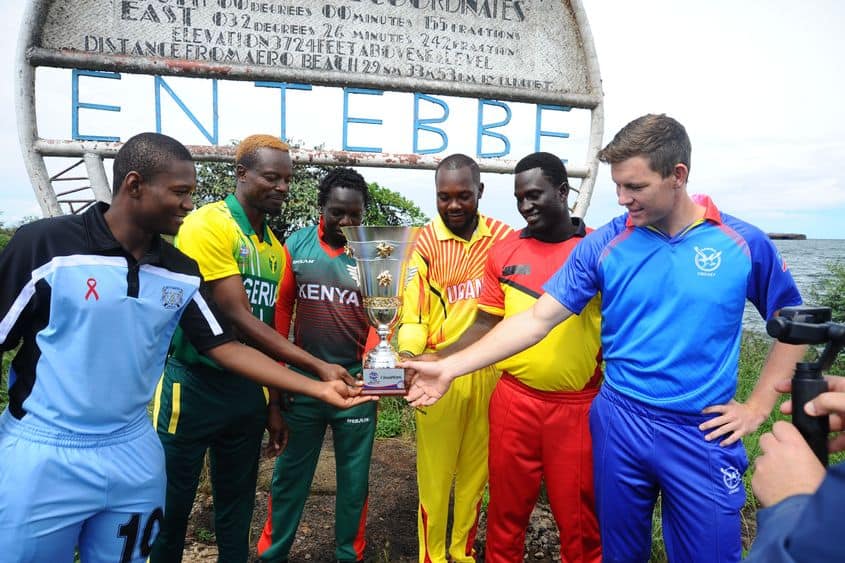 Hosts Uganda and Kenya represent the East, while Nigeria and Ghana are the protagonists from West Africa. From the South, Namibia and Botswana emerged from the qualifiers.

Fittingly, the tournament will start with all neighbours from each region facing off on Sunday.

Nigeria, buoyed by their under-19 side conquering the junior tournament recently, will lean on that youthful exuberance, as well as the experience from stars like Isaac Okpe.

Their junior side has still supplied some talent, including spinner Sylvester Okpe and the obdurate Isaac Danladi. They will meet Ghana, who were very impressive in the West Africa qualifier.

Simon Ateak was an evergreen with bat in hand, and there were important contributions from Julius Mensah and Frank Baaleri. The Black Stars will want those men to stand up once again.

From the Southern region, Namibia are certainly a side that is expected to do well. Jan Frylinck is a standout, as they look to rebuild again after losing a rash of talent. With the expertise of South African star Albie Morkel and veteran Pierre De Bruyne now at their disposal, they will be a handful.

Botswana are a hard-working unit that thrive on the basics. Karabo Mothlanka must again lead from the front, if they are to make an impression.

Kenya, the mavericks of the East, come bearing plenty of experience. Collins Obuya is a veteran from the 2003 ICC World Cup held in South Africa, and his nous and temperament is still very relevant.

Shem Ngoche is a wily captain, and they will look to get out of the blocks quickly against the hosts.

For Uganda, this week is massive for their cricket. To host a tournament of this magnitude speaks volumes of where their cricket has risen to, and players like Dinesh Nakrani and Zephaniah Arinaitwe are expected to help rouse the local support with some early performances.

The tournament begins in earnest on Sunday, with a massive carrot dangling for the top two sides at the end of the week.

Given the nature of T20 cricket, each of the six sides will fancy their chances this week and will look to hit the ground running.

The six squads are as follows: