Tahir was asked to bowl the first over after South African spinner Faf du Plessis won the toss and opted to field first against hosts England in his side's opening match of the World Cup. 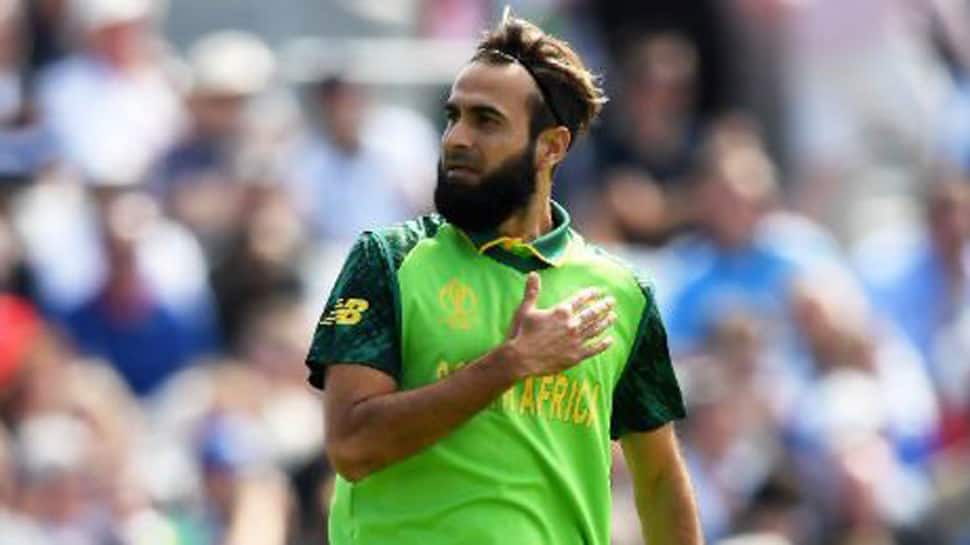 South Africa's Imran Tahir added yet another feather in his cap by becoming the first-ever spinner to bowl the first over during an opening match of the International Cricket Council (ICC) World Cup on Thursday.

The 40-year-old was asked to bowl the first over after South African spinner Faf du Plessis won the toss and opted to field first against hosts England in his side's opening match of the 2019 edition of the mega event at the Oval in London.

Du Plessis' decision to send Tahir to bowl first proved to be fruitful as the spinner gave the breakthrough to his side as early as in the very second delivery of the match by removing England opener Jonny Bairstow for a golden duck.

Bairstow edged the second ball of the first over from Tahir straight to South Africa wicketkeeper-batsman Quinton de Kock behind the wicket to dismiss for naught.

In the inaugural edition of the quadrennial event in 1975, Indian bowler Madan Lal delivered the first-ever ball of the World Cup to England batsman Dennis Amiss.

Interestingly, New Zealand offspinner Dipak Patel opened the bowling for his side during their 1992 World Cup clash against Australia in Auckland, but it came during the second innings.

In the recently-concluded 2019 edition of the Indian Premier League (IPL), Chennai's Tahir bagged the Purple Cap after ending his campaign with a total of 26 wickets from 17 matches he played at an economy rate of 6.66. (Also Read: Cricket World Cup: England vs South Africa Highlights)