Rahul Dravid currently heads the National Cricket Academy in Bengaluru and was in Dubai during the just-concluded IPL. 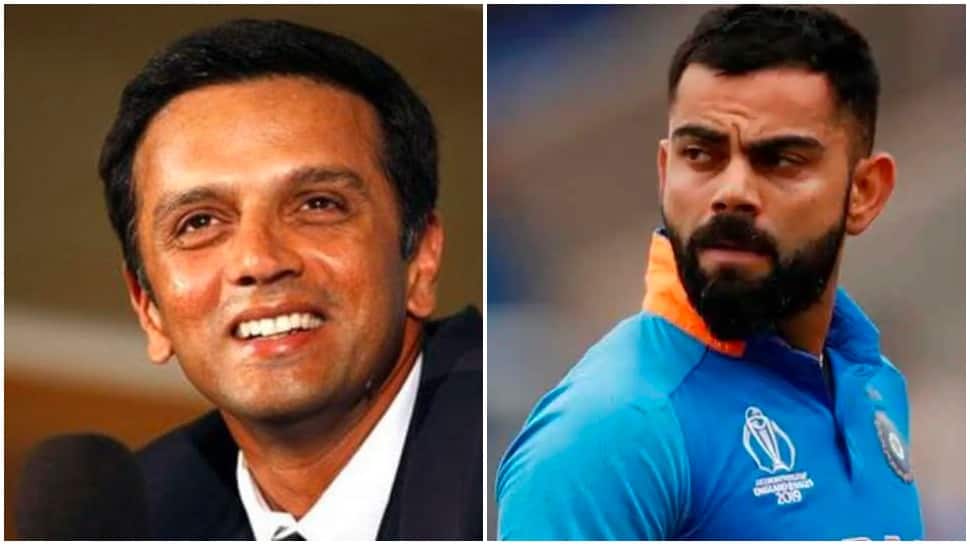 Dubai: Indian captain Virat Kohli on Saturday said he has "no idea exactly what's happening" when asked about the legendary Rahul Dravid being in line to be the team's head coach after the T20 World Cup.

Batting great and former captain Dravid is all set to take over as the national cricket team's head coach following the T20 World Cup, having agreed to the BCCI's offer after initial reluctance to succeed incumbent Ravi Shastri.

"No idea exactly what's happening on that front. No detailed discussion with anyone yet," Kohli said when asked about Dravid's appointment.

The India skipper was speaking during a captains' media session ahead of the T20 World Cup that begins in the UAE and Oman with the first round matches on Sunday.

The 48-year-old Dravid, one of the greatest ever to have played for India, has been in charge of the national 'A' and U-19 set-up for the past six years and a lot of players such as Rishabh Pant, Avesh Khan, Prithvi Shaw, Hanuma Vihari, and Shubman Gill have come through the system prepared by him.

He currently heads the National Cricket Academy in Bengaluru and was in Dubai during the just-concluded IPL to meet his former teammate and BCCI President Sourav Ganguly and Board secretary Jay Shah for an elaborate discussion.