India defeated Australia 2-1 to win their first Test series in Australia in 71 years. 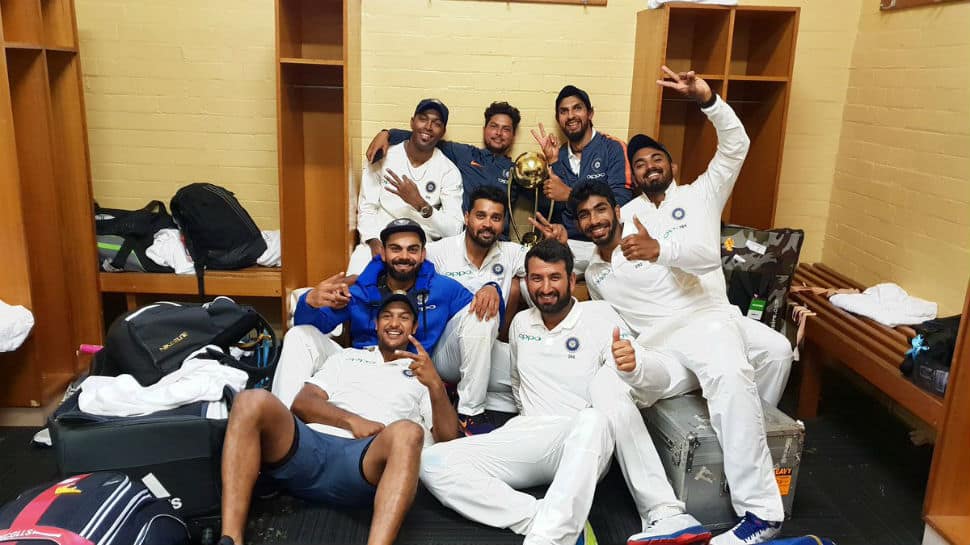 Team India created history on Monday by winning a Test series Down Under for the first-time ever. Little wonder then that the scenes in the Indian dressing room at Sydney Cricket Ground were nothing short of spectacular.

India played dominant cricket in the four-Test series, claiming honours with a 2-1 triumph and almost making it 3-1 at Sydney. While the final day's play at SCG may have been washed out, there is no denying that Team India looked poised for a win here as well. While stubborn rain gods may have ensured that there was no action on the field, there was no stopping the celebrations inside the dressing room once the match was officially called off.

Captain Virat Kohli led the celebrations, ensuring he hugs every member of the touring side - including members of the support staff. Teammates Umesh Yadav, KL Rahul and others were seen thumping the table in absolute joy at having achieved what many thought a rather impossible task. Not contend in keeping the party restricted to the dressing room, the players soon made their way out to the field to acknowledge die-hard fans who had braved the weather. They took a lap, dancing and cheering all the way.

The wide smiles were amply evident even during the post-match ceremony with Kohli accepting the Border-Gavasker trophy on behalf of his team but quickly handing it over to Mayank Agarwal and others - cricketers he lavished praise on for stellar and determined performances. "I want to say I've never been more proud of being part of a team, than this one right here," a beaming Kohli said at the post-match ceremony. (Read full report here)

Coach Ravi Shastri too was absolutely elated. "I will tell you how satisfying it is for me. World Cup 1983, World Championship of Cricket 1985, this is as big, or even bigger, because it is in the truest (Test) format of the game. It's Test cricket, which is meant to be the toughest," he said at the post-match conference. (Read full report here)