AAP not in talks with Cong for alliance in Delhi: Gopal Rai

Rai said Aam Aadmi Party (AAP) supremo Arvind Kejriwal will hold a meeting with all state unit chiefs of the party and MLAs to discuss the strategy for the parliamentary polls later in the day. 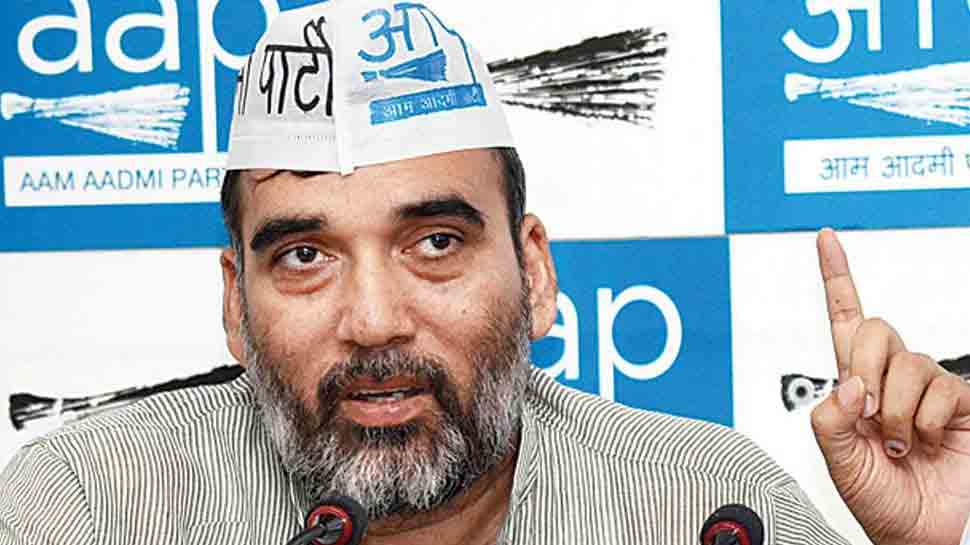 New Delhi: AAP leader Gopal Rai Monday said his party is not in talks with the Congress for an alliance in Delhi and it will contest all seven seats in the upcoming Lok Sabha elections on its own.

Rai said Aam Aadmi Party (AAP) supremo Arvind Kejriwal will hold a meeting with all state unit chiefs of the party and MLAs to discuss the strategy for the parliamentary polls later in the day.

"The party is not in talks with the Congress for an alliance in Delhi and it will contest all the seats on its own," the AAP's Delhi unit convenor said.

"Kejriwal would be holding a meeting this evening at his residence to discuss the strategy for the upcoming Lok Sabha polls," he added.

Delhi Congress chief Sheila Dikshit announced last week the party will not form an alliance with the AAP in the national capital and contest the Lok Sabha polls alone.

On the issue of full statehood for Delhi, Rai said the AAP will burn the BJP's manifesto for the 2014 Lok Sabha elections that advocated the demand.

"The BJP has been misleading people. It promised full statehood for Delhi in the 2014 elections but did not keep its promise. To protest that, we would be burning the 2014 manifesto of the BJP," the AAP leader told reporters.

Meanwhile, AAP volunteers and its frontal organisations took out a march to the Congress office here, demanding the party to clear its stand on full statehood for Delhi. They were stopped midway by police as the march violated the model code of conduct.

Rai said they had taken permission from the police for the march but were unable to get the Election Commission's nod and had been trying for it since morning.

The ruling AAP launched its mega campaign for Lok Sabha polls, with full statehood as its central theme, staging a protest near BJP headquarters here over the issue on Sunday.