Air in Delhi likely to turn 'severe' on Diwali, may enter 'emergency' zone

The Supreme Court, earlier this month, has imposed a temporary ban on the sale of the firecrackers in Delhi-NCR region during Diwali this year to check the alarming air pollution level. 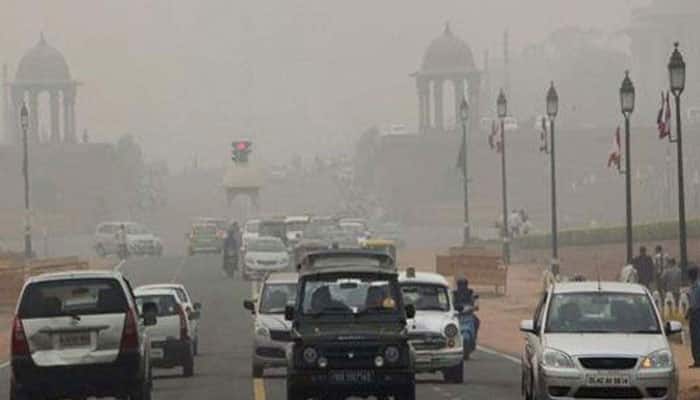 New Delhi: The air quality in Delhi is likely to turn 'severe' and may even enter the "emergency" zone on Diwali night due to burning of crackers in parts of the city, said scientists working with the government and the Centre for Science and Environment (CSE).

The air quality yesterday in Delhi breached "very poor" level. Conditions were similar on Tuesday following which the authorities imposed a ban on diesel generators in the state.

As per an official of central government agency SAFAR, which monitors air pollution, burning of paddy stubble in Haryana and Punjab, meteorological conditions and recent fire breakouts at Ghazipur landfills are some of the major reasons behind the alarming level of air pollution in the national capital.

PM 2.5, particulate matter, less than 2.5 micrometers in diameter, which can be inhaled and become lodged in the lungs and blood cells, is the main killer. Its levels, in micrograms per cubic meters, were alarmingly high on Wednesday. As per Indian standards, PM 2.5 levels must not be above 60.

Meanwhile, the authorities have shut the Badarpur Power Plant and use of diesel gensets has been restricted till March 15 as part of Graded Response Action Plan (GRAP) that came into force on Tuesday. However, hospitals and metro services have been exempted from this ban.

The Supreme Court, earlier this month, has imposed a temporary ban on the sale of the firecrackers in Delhi-NCR region during Diwali this year to check the alarming air pollution level. Also, despite the court ban, crackers were up for sale on many e-commerce sites as well as in many parts of the city. The Delhi police seized 170 kg of crackers from east Delhi's Shahdara on Wednesday.

"The air is already in the 'very poor' category in which activities such as firecracker bursting can spike pollution levels fourfold. The city is already experiencing calm wind conditions. There is increased moisture in the air, which will trap more pollutants. Besides, the low wind speed will not allow pollutants to get dispersed in the air," said Vivek Chattopadhyaya, senior scientist and project manager of Clean Air Campaign, CSE.