Chief Minister-designate Arvind Kejriwal and his cabinet will take oath at the Ramlila Maidan on February 16. 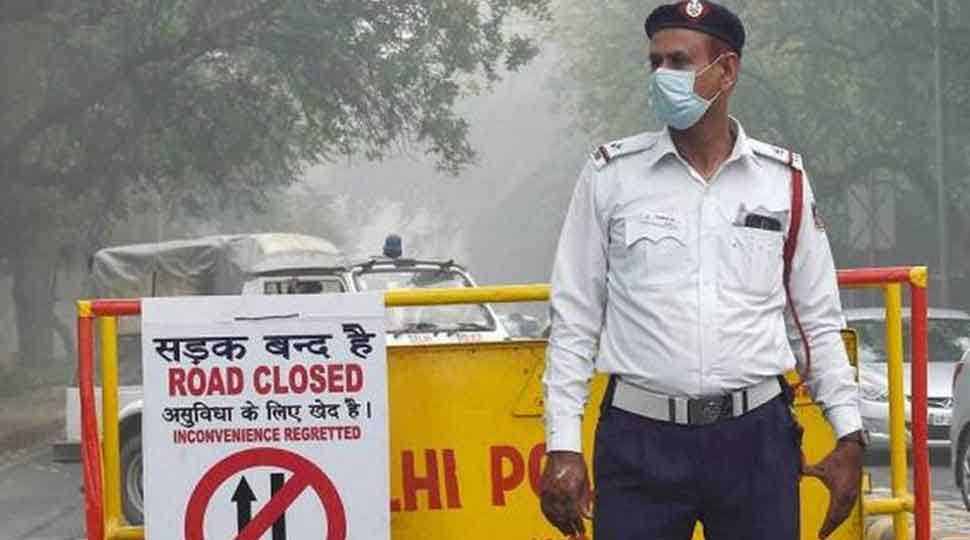 New Delhi: The Delhi Traffic Police on Saturday (February 15, 2020) issued an advisory a day ahead of the swearing-in ceremony of Chief Minister-designate Arvind Kejriwal and his cabinet at the Ramlila Maidan. According to its advisory, traffic restrictions will be in place in the Ramlila Maidan area from 8 am to 2 pm. As per the advisory, vehicles can be parked behind Civic Centre, Mata Sundari Road, Power House Road, Velodrome Road, Rajghat Road, Shanti Van Parking, Service Roads Rajghat and Samta Sthal.

"OB Vans shall be parked on the footpath of JLN marg, opposite Ram Mila Maidan beyond Gate no 2 up to Kamla Market," it said.

The entry of commercial vehicles and buses have been restricted in few places such as Rajghat Chowk and Delhi Gate Chowk towards Guru Nanak Chowk via JLN Marg. 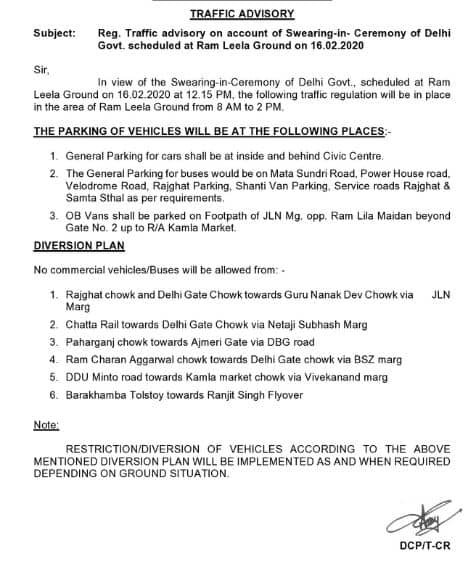 Arvind Kejriwal's Aam Aadmi Party had registered an emphatic victory in the keenly contested Delhi Assembly election 2020, results of which were declared on Tuesday. The party won a clear majority by winning 62 seats out of 70 with contender BJP bagging eight seats, better than its 2015 tally of three.