The posters of Gambhir, who is BJP MP from the East Delhi Lok Sabha constituency, were spotted in the ITO area on Sunday. 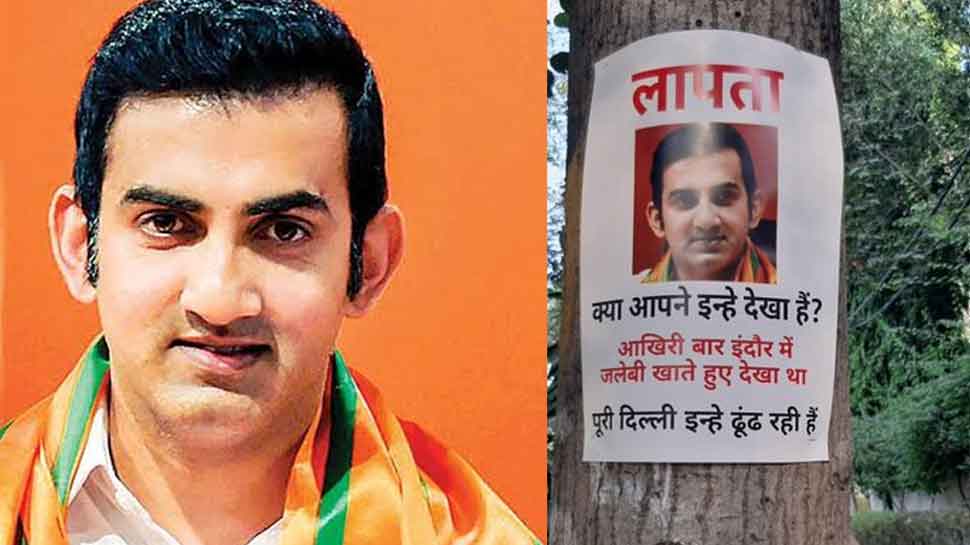 NEW DELHI: Posters claiming 'BJP MP and former cricketer Gautam Gambhir is missing' have been put up in the national capital after he missed a crucial meeting of the Parliamentary Standing Committee of Urban Development over rising air pollution in Delhi.

The meeting to review the situation in Delhi was held on November 15.

The posters of Gambhir, who is BJP MP from the East Delhi Lok Sabha constituency, were spotted in the ITO area on Sunday.

Gambhir was slammed by AAP leader Atishi Marlena for missing the Parliamentary Standing Committee meeting after which he hit back saying that the people of Delhi will judge him by his work and not by the propaganda and false narrative spread by the minions of the ''honest chief minister'' of Delhi.

"I have complete faith in the people of my constituency, my city and my country. They will judge me by my work and not by the propaganda and false narrative spread by the minions of the "honest CM" of Delhi," Gambhir wrote on Twitter.

Taking to Twitter, Gambhir wrote a post slamming the Aam Aadmi Party and Marlena over their remarks on him.

He said that he has not entered politics to make money but has a family to support. He added that he believes in hard-earned money and not using public funds to further political ambitions.

Speaking on ways to curb the severe air pollution in Delhi, Gambhir highlighted that talks are going on to install giant air purifiers across the East Delhi constituency which will substantially reduce pollution. He added that the pilot version will be installed within the next few weeks.