Manufactured at Chennai`s Integral Coach Factory (ICF), the 16-coach train clocked 180 kmph during its trial run and was duly inspected by CCRS during its Safdarjung-Agra trial. 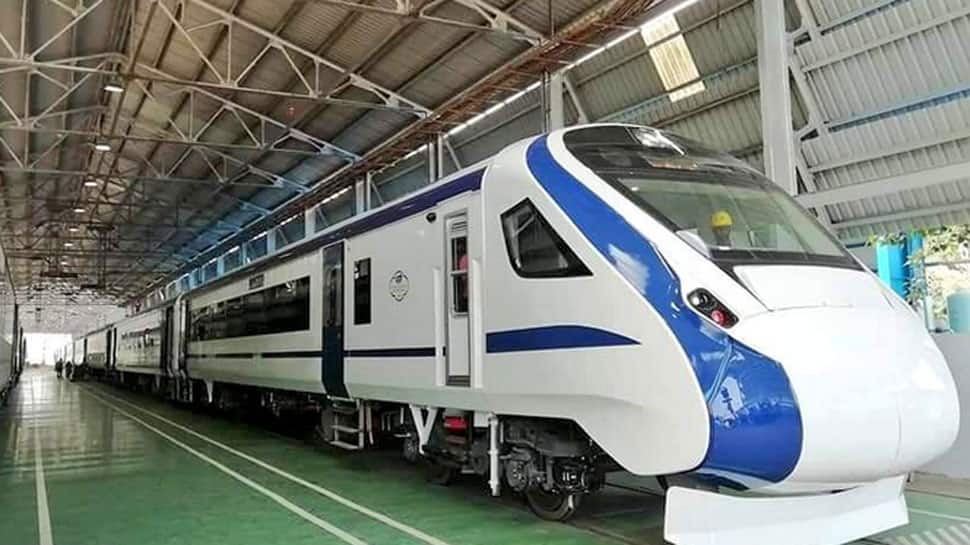 New Delhi: The much-awaited launch of the indigenously-built Trainset, the Train-18, is stuck due to a bitter departmental fight within the Railways. It is still to get the full Boards green signal - a must for flagging off any new train.

The fight between two traditional rivals - the electrical and mechanical wings of the Railways - is so intense that, despite a conditional clearance from the Chief Commissioner of Railway Safety (CCRS) on December 21, the Board is again planning to send it back to to the CCRS to resolve the contentious issue of Electrical Inspector General (EIG) safety certificate.

While the mechanical department, which is at the forefront of manufacturing the Rs 100 crore Trainset, has maintained that an EIG certificate is not required as per the law, the electrical department is refusing to come on board without it.

Despite the crucial fact that the first semi-high-speed train is expected to be flagged off by the Prime Minister Narendra Modi on its maiden run to Varanasi, the issue could not be resolved as both sides stuck to their stands at the Railway Board meeting on January 8. The result: The public transporter is considering referring it to the CCRS again, sources in the know told IANS.

Manufactured at Chennai`s Integral Coach Factory (ICF), the 16-coach train clocked 180 kmph during its trial run and was duly inspected by CCRS during its Safdarjung-Agra trial.

Before that, the Railways had already successfully conducted a speed trial of the Train-18 on the Moradabad and Kota sections under the watchful eyes of concerned officials from the Railways` and Research Design and Standards Organisation (RDSO).

In fact, ladoos were distributed when the train clocked 180 kmph between Kota and Kurlasi on December 2. The first sweets were offered onboard to loco pilot Padam Singh Gurjar and his assistant Onkar Yadav.

While giving its clearance for running the train at a maximum speed of 160 kmph, CCRS sought safety certification from the EIG and recommended, among other safety measures, sturdy fencing of the tracks at vulnerable locations.

"Safety certification for all electrical systems shall be done by EIG of the zonal railway maintaining the rolling stock and submitted to Commission before commercial operations," the CCRS order stated.

However, the mechanical department maintained that EIG certification is not required as per the Section 54 of the Indian Electricity Act, 2003.

In fact, the electrical and mechanical engineers were jointly involved in manufacturing the first Trainset at ICF and, accordingly, certified that the "train is safe for passengers and all norms have been followed".

"The Principal Chief Electrical Engineer of ICF has categorically certified the train`s safety and no further safety certification is required from EIG as per the law," sources in the Railway Ministry told IANS.

However, though electrical department has maintained that EIG is a must as desired by CCRS, the Board has powers to overrule the CCRS, as happened in the case of the Gatimaan Express`s operation in April 2016.

Though CCRS had sought fencing of the track between Delhi and Agra before the commercial operation of Gatimaan Express, the Board went ahead with its launch.

The Railways could do the same this time too, but the fight is so bitter between the two traditional rivals that both sides are refusing to cede any ground, nothwithstanding the fact that it was hoped Train-18`s commercial operation would start before the Kumbh Mela.