Delivering the budget speech in Parliament today, the Union Minister of Finance and Corporate Affairs, Nirmala Sitharaman stressed upon the need for heavy investment in infrastructure, digital economy and job creation in small and medium firms to fulfil the aspiration of making India a $5 trillion economy. 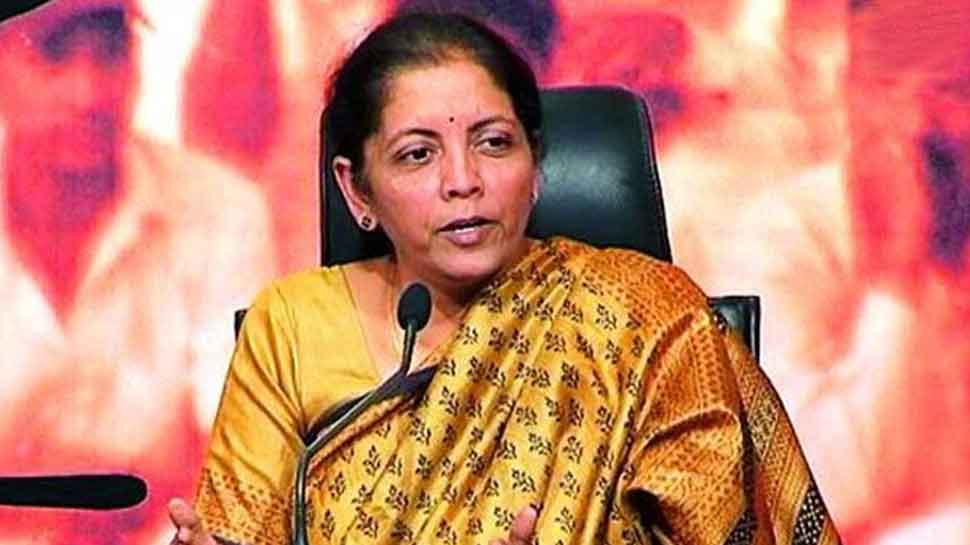 New Delhi: Delivering the budget speech in Parliament today, the Union Minister of Finance and Corporate Affairs, Nirmala Sitharaman stressed upon the need for heavy investment in infrastructure, digital economy and job creation in small and medium firms to fulfil the aspiration of making India a $5 trillion economy.

The Finance Minister pointed out that the Indian economy has added one trillion dollar in the last five years due to the various initiatives and reforms undertaken by the government, and is poised to grow to be a 3 trillion dollar economy in 2019.

She underlined the importance of 'Make in India' for fulfilling this goal, and proposed a number of initiatives as part of a framework for kick-starting the virtuous cycle of domestic and foreign investments.

In the civil aviation sector, the Minister said that the Government will implement the essential elements of a regulatory roadmap for making India a hub for aircraft financing and leasing activities.

She added that the government will adopt suitable policy interventions to create a congenial atmosphere for the development of Maintenance, Repair and Overhaul (MRO) industry in the country.

For the Railways sector, the Budget has proposed using Public-Private Partnership to unleash faster development and completion of tracks, rolling stock manufacturing and delivery of passenger freight services.

The Finance Minister informed that 657 km of Metro Rail network has become operational across the country. She also said that India’s first indigenously developed inter-operable transport card based on National Common Mobility Card (NCMC) standards, that was launched in March this year will make travel across various modes convenient for people.

Talking about phase-II of FAME scheme that encourages faster adoption of electric vehicles, the Minister said that only advanced battery and registered e-vehicles will be incentivized under the scheme with greater emphasis on providing affordable and environment friendly public transportation options for the common man.

For the highways sector, the Finance Minister said that the government will carry out a comprehensive restructuring of National Highway Programme to ensure that the National Highway Grid of desirable length and capacity is created using financeable model. After completing Phase 1 of Bharatmala, states will be helped to develop State road networks in the second phase.

Emphasizing on the government’s vision for using rivers for cargo transportation, the Sitharaman said that the movement of cargo volume on Ganga is estimated to increase by nearly four times in the next four years. This will make the movement of freight, passenger cheaper and reduce our import bill.

For this, she mentioned the Jal Marg Vikas Project for enhancing the navigational capacity of Ganga, and said that two multi-modal terminals at Sahibganj and Haldia and a navigational lock and Farrakka would be completed this year.

The Finance Minister has further said that in order to take connectivity infrastructure to the next level, the government will make available a blueprint this year for developing gas grids, water grids, i-ways, and regional airports. "This is based on the successful, One Nation, One Grid model that has ensured power connectivity to states at affordable rates," she added.

Sitharaman further announced that the recommendations of the High-Level Empowered Committee (HLEC) on the retirement of old and inefficient plants, and addressing low utilisation of Gas plant capacity due to paucity of Natural Gas, will also be taken up for implementation now.

She said that the government is examining the performance of Ujjwal DISCOM Assurance Yojana (UDAY) to improve it further. The government will work with the State Governments to remove barriers like cross-subsidy surcharges, undesirable duties on open access sales or captive generation for Industrial and other bulk power consumers.

In the housing sector, the Finance Minister announced that several reforms measures would be taken up to promote rental housing and a Model Tenancy Law will soon be finalised and circulated to the states. She further said that public infrastructure and affordable housing will be taken up through innovative instruments such as joint development and concession on land parcels held by Central Public Sector Enterprises.

For the MSME sector, Rs 350 crore has been allocated for FY 2019-20 under the Interest Subvention Scheme, for 2% interest subvention for all GST registered MSMEs, on fresh or incremental loans.

The Finance Minister further said that the Government will create a payment platform for MSMEs to enable filing of bills and payment. This will help eliminate delays in payment and give a boost to investment in MSMEs.

"The Government of India has decided to extend the pension benefit to about three crore retail traders and small shopkeepers whose annual turnover is less than Rs 1.5 crore under a new scheme Pradhan Mantri Karam Yogi Maandhan Scheme. Enrolment into the Scheme will be kept simple requiring only Aadhaar and a bank account and rest will be on self-declaration," she announced.

Budget 2019: Additional deduction of up to Rs 1.5 lakh for interest paid on home loans borrowed up to March 2020