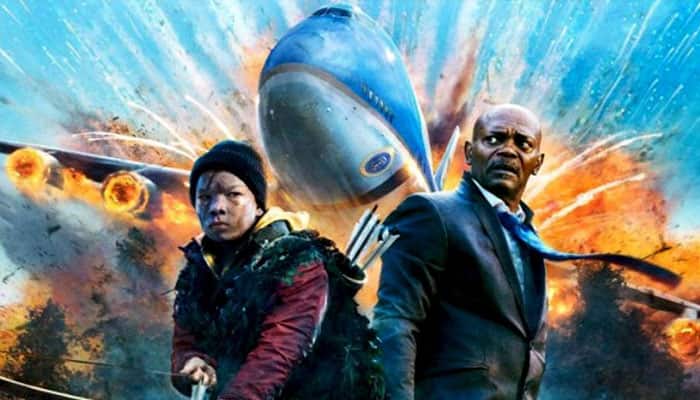 With all the trappings of an adventure film that takes place within a time frame of 24 hours, there is something charming about this outrageously fake tale which is based on an original story written by Finnish director Jalmari Helander.

Set in the high mountainous terrain of rural Norway, the story, though preposterous and bizarre, is plausible and layered with lessons of destiny; amplifying the fact that 'you may not get what you plan, but what is in store for you'.

The tradition of the land has it that the forest is a harsh judge. And to prove their maturity, every male member of the clan, on the eve of their thirteenth birthday, have to spend a night in the forest alone and he will be known as a man with the catch he returns with.

Dogged with his family reputation of "famed hunters" and the fact that he can barely shoot an arrow, 12-year-old Oskari is stressed at his rite of passage. But family pride and prestige force him to prove his mettle. Goaded by his father, he braces himself to undertake the mission and hopes to hunt a deer as a trophy. But instead of capturing an animal, he lands up rescuing the president of the US, who on his way to a summit in Helsinki, is forced to abort his flight and crashland in the same forest.

The film belongs to Onni Tommila who plays the teenager Oskari. He is innocence personified. His inciting moment, though fleetingly weak, is boosted with perfect humour and high-octane action. It is amusing when he blatantly tells the president that he does not recognise "the president of America", and demands that the president prove his claim. You also chuckle when the self-important president unabashedly asks him: "What is bigger than a national emergency?" -- and the boy simply states - "My Birthday".

Samuel L. Jackson as the pampered and despondent President William Allan Moore is perfunctory, intentionally so, as his character was designed in that manner. Ray Stevenson, who plays the Secret Service Agent Morris, along with Mehmet Kurtulus, as the psychopath Hazar injects some life into the drama.

The narrative is straightforward, simple and obviously predictable. Except for some elevated and underwater action sequences, the treatment lacks adrenaline rushing moments.

The visuals, by cinematographer Mika Orasmaa, are attractive, and so are the sound effects. The moments are well-captured and his frames merge well with the digital video effects. The top angle shot in the climax along with the plane crash and the underwater sequences are impressive and are worth mentioning.

This one is worth a watch, even though you don't invest emotionally in the film.