Published in the Journal of Earth System Science in February, the study investigated the distribution of forest cover in India by reconstructing the previous forest cover and predicted the ever-continuing deforestation in selected parts of India with high deforestation rates. 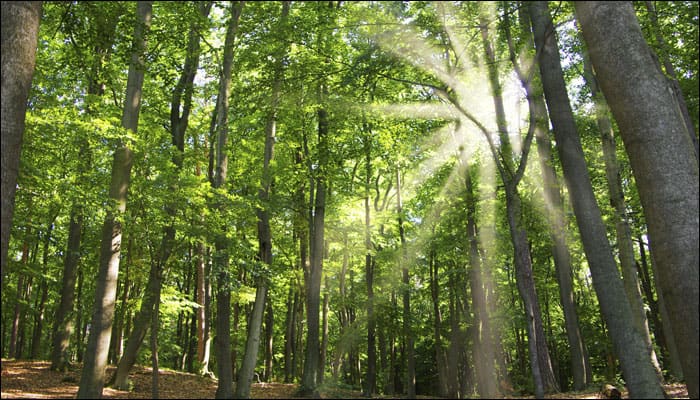 New Delhi: The future of India's green cover has been predicted by scientists at the Indian Space Research Organisation (ISRO).

Forests are a substantial part of the country and have their own role to play.

They are essential for the sustenance of human life, but unfortunately, it is humans who are to blame for their deterioration.

The scientists have estimated that a staggering 2,305 sq km of forest cover in northeast India and the Andaman & Nicobar Islands – slightly more than the size of Mauritius – could disappear by 2025.

"The overall predicted loss of forest cover by 2025 is estimated to be 2,305 km square in the Northeast and Andaman & Nicobar Islands. The modelling results predicted widespread deforestation in these areas and hence is likely to affect the remaining forests significantly before 2025," said the study carried out to simulate the forest cover changes in India using Land Change Modeler software.

Published in the Journal of Earth System Science in February, the study investigated the distribution of forest cover in India by reconstructing the previous forest cover and predicted the ever-continuing deforestation in selected parts of India with high deforestation rates.

The predicted forest cover in 1880 indicates an area of 10,42,008 km square, which represents 31.7 percent of the geographical area of India.

The study has held the ownership of majority of forest lands by non-governmental agencies and large scale shifting cultivation responsible for higher deforestation rates in the northeastern states and therefore, the calamity that awaits the Indian forests.

"Previously, the six states of the northeast (Assam, Manipur, Meghalaya, Mizoram, Nagaland, Tripura) and one union territory (Andaman & Nicobar Islands) had shown rate of deforestation of more than 0.3 percentage per year from 2005 to 2013 and has been considered in the present study for the prediction of future forest cover in 2025," the authors reported.

The simulation scenario for the year 1880 showed a significant increase in forest area, whereas as a declining trend in the area was observed for 2025.

It highlighted "the majority of the protected areas are successful in the protection of the forest cover in the northeast due to management practices, with the exception of Manas, Sonai-Rupai, Nameri and Marat Longri."