The new aquarium is located more than 2,200 meters above sea level in the city of Xining, the capital of Qinghai, representing the first aquarium on the Qinghai-Tibet Plateau. 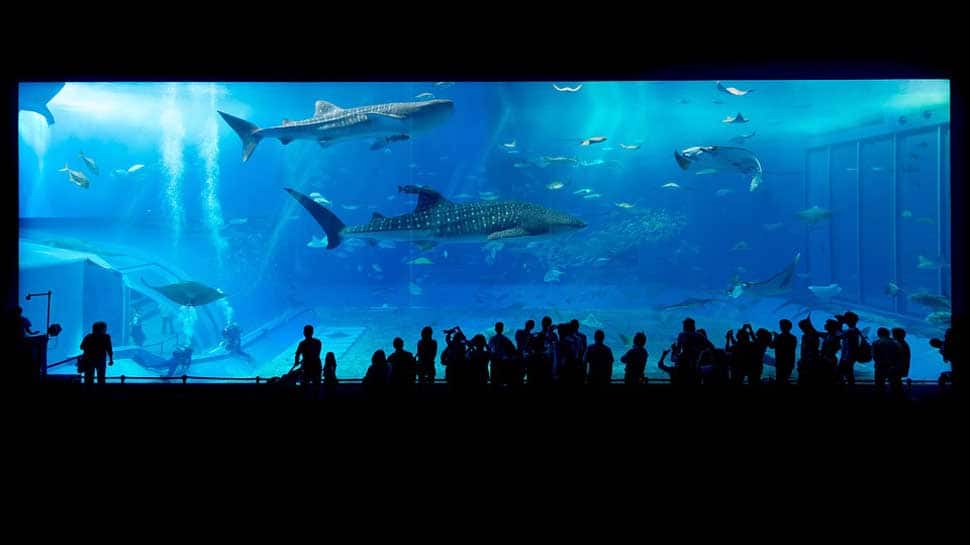 The new aquarium is located more than 2,200 meters above sea level in the city of Xining, the capital of Qinghai, representing the first aquarium on the Qinghai-Tibet Plateau.

Naked carps, which are endemic to Qinghai Lake, will also be exhibited among more than 400 aquatic species and over 100 terrestrial animals in the aquarium, the Xinhua report said.

The aquarium is scheduled to be officially opened on August 18, and is able to accommodate up to 2,000 visitors.

Animal stars, including two belugas from Russia and eight bottlenose dolphins from Japan, are expected to stage wonderful performances for visitors.

Aquarium curator Luo Ruibin said that having traveled from low altitude areas to the plateau, the animal stars underwent examinations and were put into quarantine. They have now adapted to their new lofty surroundings.

"Introducing marine life to the plateau will not only educate plateau residents, but also be of great significance for scientific research," Luo added.