French Prime Minister Edouard Philippe has called for a dialogue. 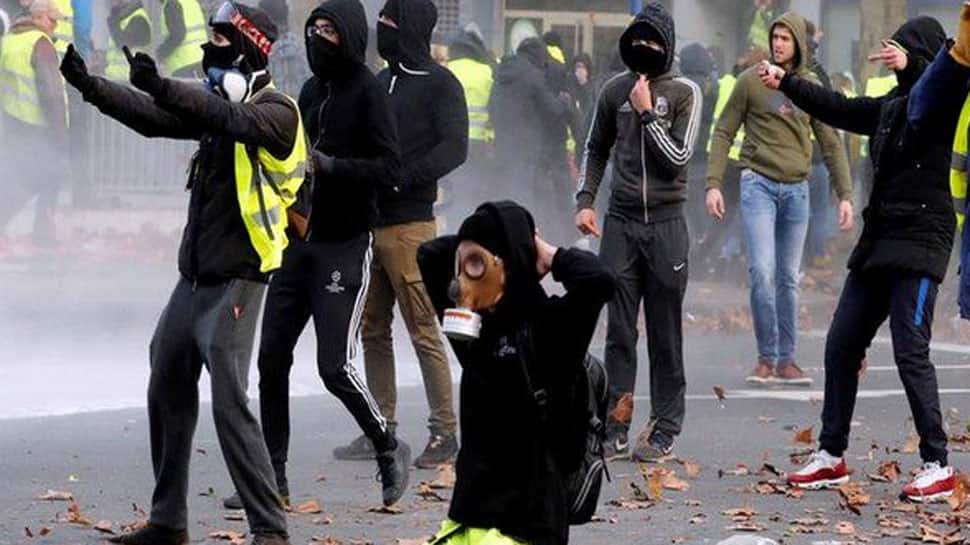 Paris:  A total of 135 people have been injured after violence broke out between police and groups of masked youth in several French cities during protests against high living costs, said Interior Minister Christophe Castaner.

Besides, 1,385 people have also been detained.

Created on social media, the "yellow vest" movement which got its name from the high visibility vests drivers keep in their cars, has lured people of all ages and backgrounds.

With no leader, it had turned into a bigger movement denouncing a squeeze on household spending, high living costs caused by Macron`s fiscal and economic policy which they say favours the rich. Some even demanded Macron to step down.

In a joint press briefing with Prime Minister Edouard Philippe on Saturday, the Minister added that 974 individuals remained in police custody and that the figure could rise.

At least 10,000 demonstrators participated in the Paris march, while 125,000 protesters turned out across the country.

Among the injured were 17 police officers who were hurt in the scuffles mainly in the French capital and Bordeaux city, Xinhua news agency reported.

"The situation is under control," Castaner said, adding "...but totally unacceptable."

"Time for dialogue. This dialogue has begun, it must continue. The French nation must find itself. No tax can threaten national unity," said Prime Minister Philippe, noting that President Emmanuel Macron would propose further measures to abate the social anger.

After a calm start, tension flared in Les Grands Boulevards and streets near the Champs Elysees and the Republic Square where a group of hooded men joined the protest and hassled police by setting barricades and setting afire garbage bins and trees.

Scores of vehicles were burnt and shops damaged, forcing the police to fire tear gas and use water cannon to push back the rioters.

Armoured vehicles were also deployed for the first time in the capital since Paris suburbs riot in 2005 amid intensified security measures that the government implemented to avoid the chaos two weeks ahead of the peak of Christmas holidays.

As part of an "exceptional" security plan, the government has deployed 89,000 officers in the French cities.

In Paris, 8,000 officers have been put in place to maintain law and order to avoid any incident similar to last Saturday`s rioting that plunged the French capital into chaos, its worst unrest in decades.

Earlier this week, the French government dropped a plan to increase fuel tax next year, bowing to the force of the streets.

However, the protest movement shows no sign of abating. Protesters still demand concrete moves, notably a rise in minimum wage and lower taxes.