Antoine Griezmann declines to talk about his future at Atletico

Atletico Madrid coach Diego Simeone spoke with an air of resignation when asked if the club can stop Antoine Griezmann from leaving. 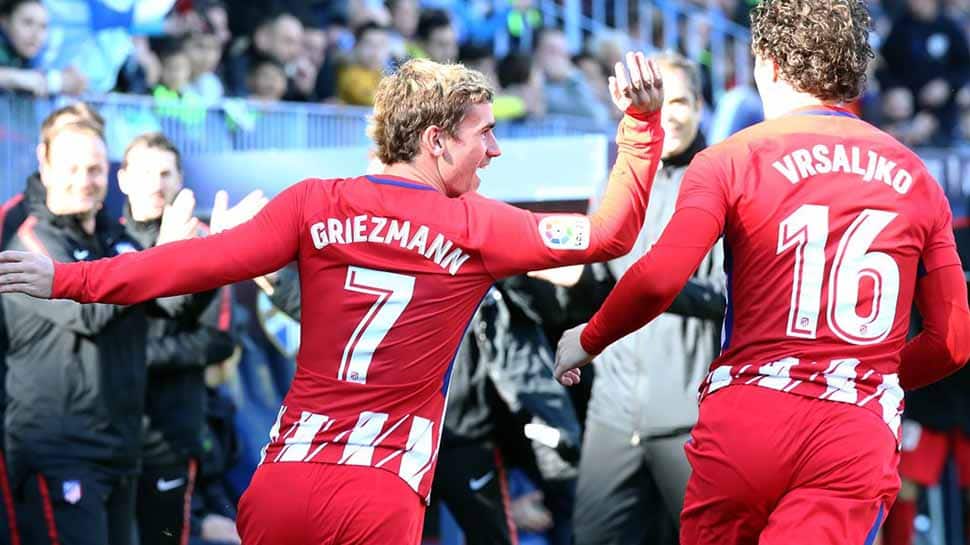 Lyon: Atletico Madrid coach Diego Simeone spoke with an air of resignation when asked if the club can stop Antoine Griezmann from leaving.

The France striker's stock rose higher when he scored two expert goals on Wednesday night to help the Spanish club win the Europa League with a 3-0 win against Marseille.

"If he stays with us, we'll continue to grow and develop. He's a lad who has given so much," Simeone said.

"We've always competed at the highest level. In sporting terms we're not very far away from those who have deeper pockets than us." Those deeper pockets belong to Spanish champion Barcelona, which this season signed two of the world's four most expensive players in midfielder Philippe Coutinho and winger Ousmane Dembele.

Spanish media has been rife with reports in recent weeks that Griezmann will soon be on his way to join them. Even Barcelona president Josep Bartomeu has acknowledged his club met with Griezmann's agent in October.

"He always made the right decisions and I hope he'll be happy to be with us," said Simeone, who signed Griezmann from Real Sociedad four years ago. "He has been solid, solid as a rock, always present."

Since joining, the France forward has netted 112 goals in 208 games to become a firm fan favorite.

"The feelings you have for a club grow over time. I've been here for four years and I feel very much at home here," Griezmann said after his match-winning performance.

"When I arrived at the club I didn't have this feeling. Now I feel it's much stronger, I have stronger ties with my teammates and fans."

However, he stopped short of saying those ties are enough to prevent him leaving.

"I don't think now is the time to talk about my future," Griezmann repeated when twice asked if he'll stay.

If he leaves, Simeone will have to do what he does best in reshaping his team while keeping it highly competitive. Losing Griezmann would hinder Atletico's chances of winning the Spanish league again and the Champions League for the first time.

But Simeone, a skillful yet extremely hard-working midfielder during his own player career, never puts one player above the team.

"They themselves are the ones who rise to the challenge. That's what allows us to reinvent ourselves."