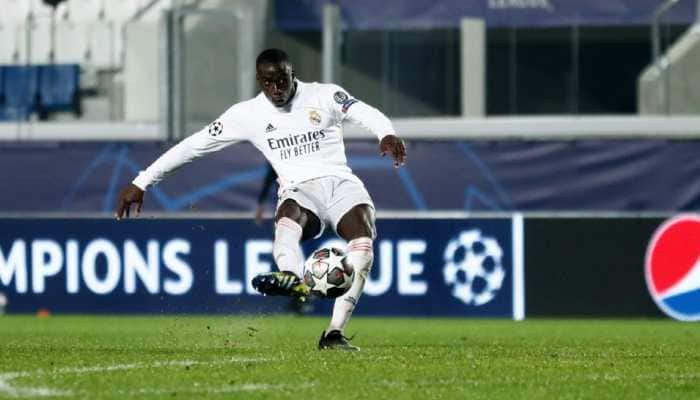 Just as it looked as if Atalanta would hold on for a draw, Real Madrid's Mendy received the ball outside the area after a corner and curled a shot into the right side of the net from 20 yards. The second leg will be on March 16 in Madrid. 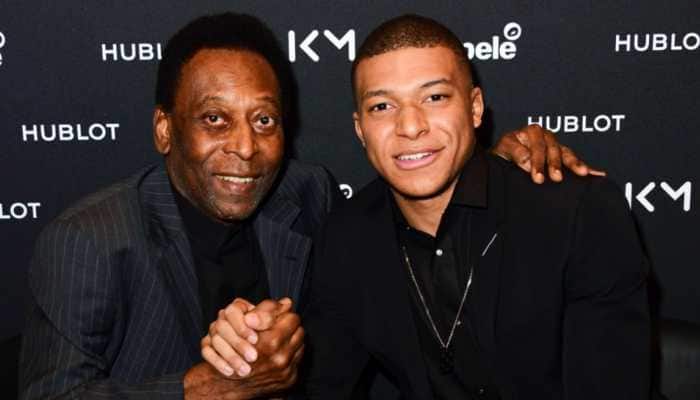 Pele went on to admit that he fathered so many children that he is not even aware of their existence. Brazilian three-time World Cup winner Pele further claimed in the documentary that all his wives and girlfriends were aware of his infidelity. 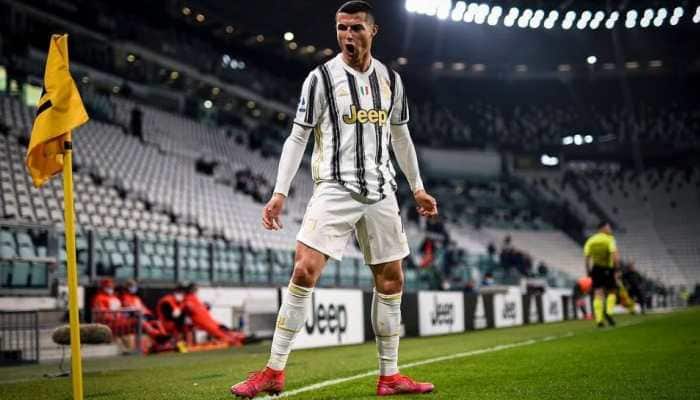 Ronaldo hadn’t scored for Juventus since the start of the month. He came close on a couple of occasions before breaking the deadlock in the 38th minute when he headed in an Alex Sandro cross. Ronaldo doubled his tally in first-half stoppage time with another impressive header, this time from an Aaron Ramsey cross. 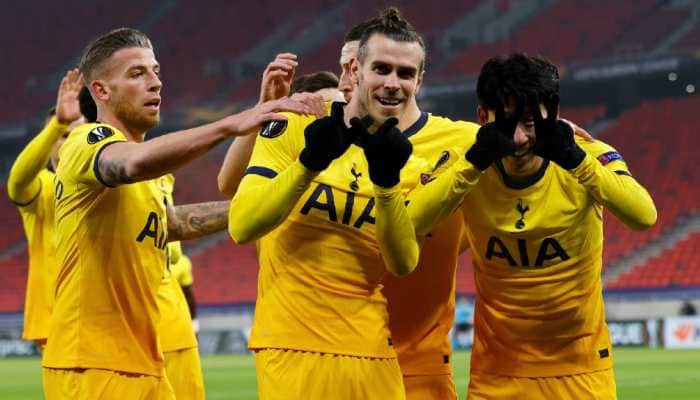 Portugal’s Benfica had to host Arsenal in Rome, where Bukayo Saka’s away goal put the Premier League side in a good position with a 1-1 draw. Tottenham defeated Austrian team Wolfsberg 4-1 in Budapest, Hungary. United is playing in the Europa League for the third time in five seasons. 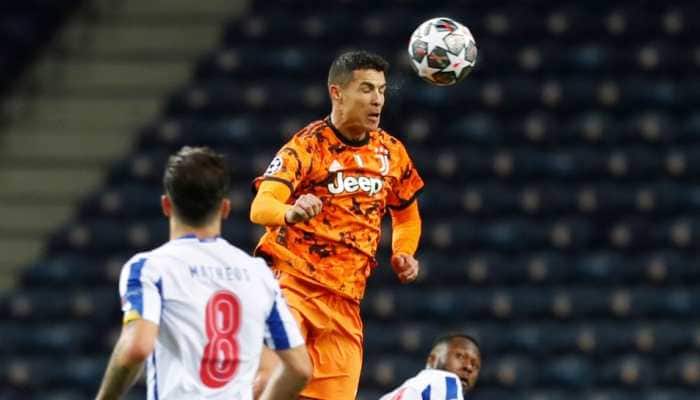 Taremi pounced on a sloppy back pass after 63 seconds to fire in the opener, rattling Juventus who failed to create any meaningful chances before halftime. Things got worse for Andrea Pirlo’s side when Marega blasted in Porto’s second 19 seconds into the second half. 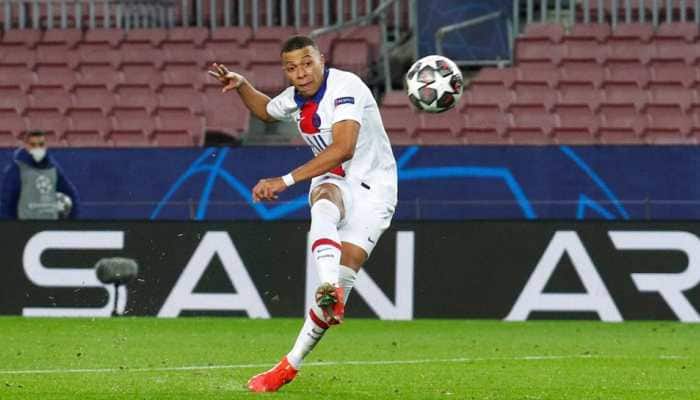 Lionel Messi had blasted Barca ahead with a penalty in the first half but Mbappe pulled the French champions level with a classy piece of control and finishing to complete a flowing team move also involving Marco Verratti and Layvin Kurzawa. Mbappe smashed PSG into the lead in the 65th minute. 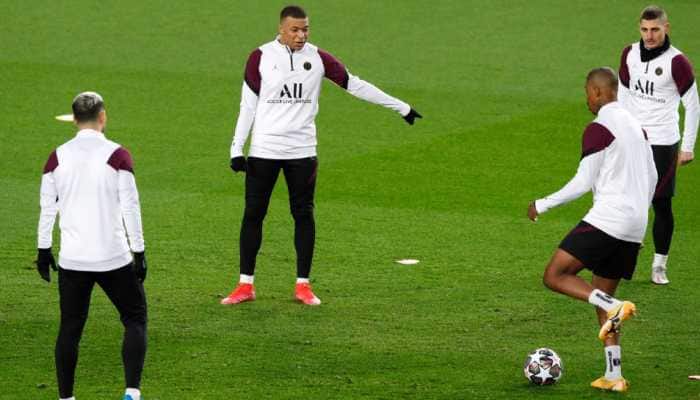 Things have changed since that match in 2017, with PSG getting closer and closer to the title and Barcelona coming off one of its worst seasons ever amid political turmoil and financial struggles. While PSG made it to the final last season, Barcelona lost to Bayern Munich 8-2 in the quarterfinals. 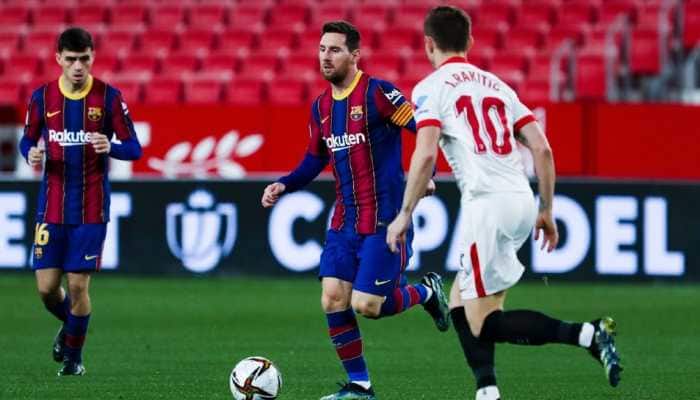 Sevilla and Barcelona entered the semis as the hottest teams in Spain. The Catalan club was coming off six straight wins in all competitions. Messi, making his 758th appearance with Barcelona to add to his 142 with Argentina, commanded the attack but failed to capitalize on his chances, including one with only Bono to beat in the 11th minute. 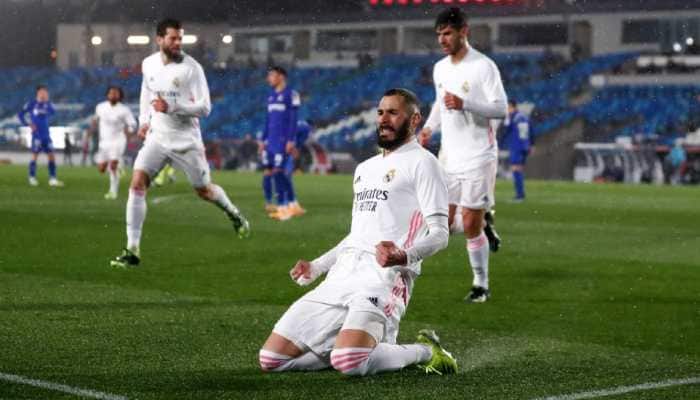 Karim Benzema had already scored in the second half and Madrid went on to win for the third time in four games in a match that was postponed from the first round as European competitions finished later than scheduled last season because of the coronavirus pandemic. 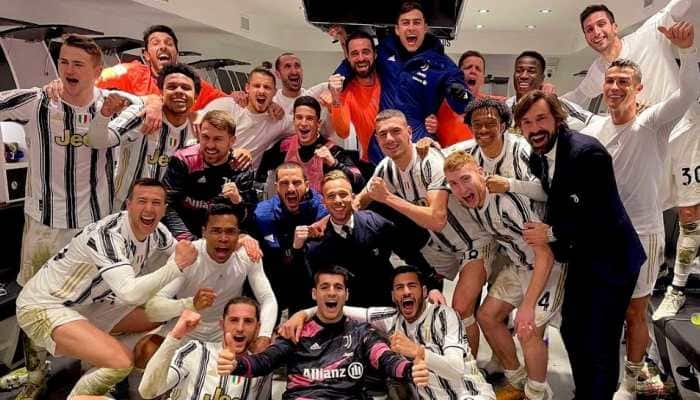 Romelu Lukaku and Lautaro Martinez had chances to get Inter back in the tie in the first half, while Cristiano Ronaldo came closest to adding to Juve's aggregate advantage in the opening period, having scored both of their goals in the first leg. 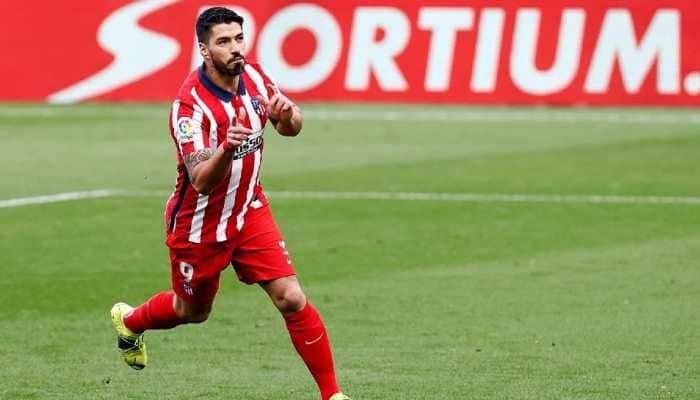 Ronaldo, who joined Real Madrid from Manchester United in 2009 to break the then world-record transfer fee, scored 15 goals in 17 matches in a stunning start to his La Liga career. In scoring twice for the former champions, Suarez set a new record with his 16 goals in 17 La Liga appearance for Atletico since joining from Barcelona last summer. 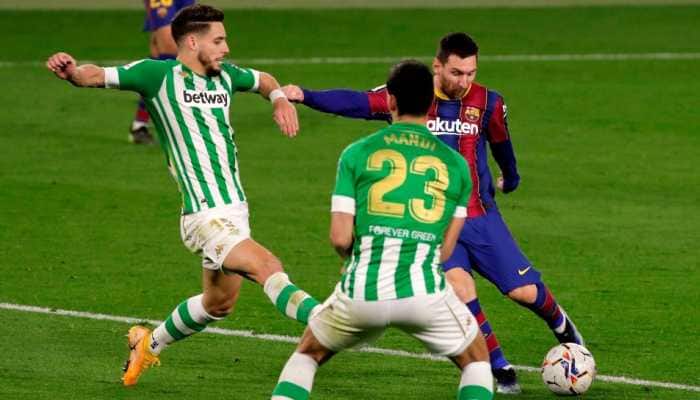 The 33-year-old had a fabulous run in the last decade, picking up six La Liga titles, five Copa del Rey trophies, two Champions Leagues, and four Ballon d’Ors. In the ongoing La Liga season, the Argentine has once again emerged as the lone shining spot for the struggling Barcelona by scoring 12 goals and two assists in 18 La Liga. 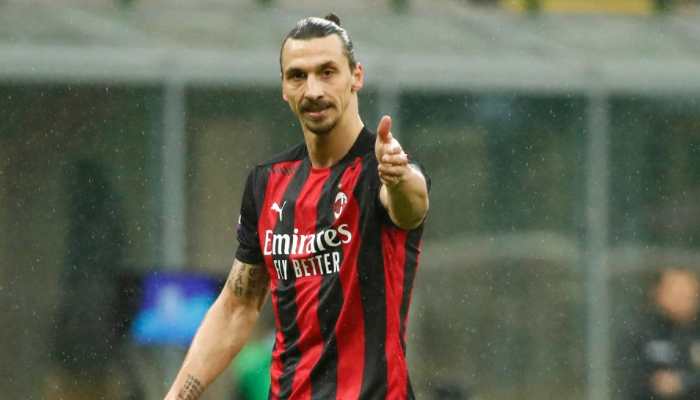 Milan moved two points clear of Inter Milan at the top with 49 points from 21 games. Crotone remained bottom with 12 points, four adrift of safety. The Swede exchanged passes with Rafael Leao to find space in the box before guiding an unstoppable finish into the top corner. 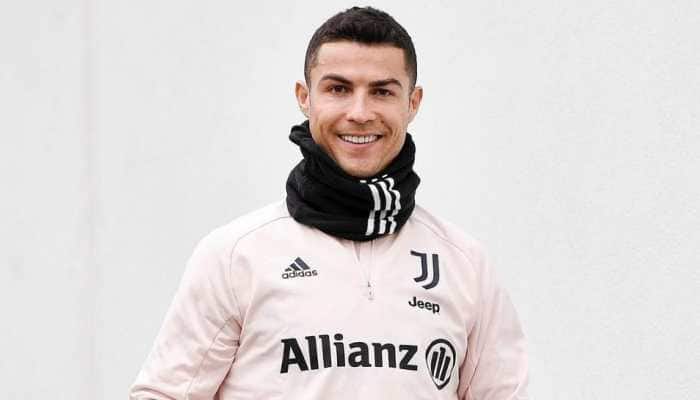 Football legend Cristiano Ronaldo was born in Funchal in Portugal on February 5, 1985 and has become one of the all-time greats of the game. The Portuguese footballer played a major role in country winning the 2016 UEFA Euro Championships and 2019 Nations League titles. He holds the record for most goals in the history of football, most goals in UEFA Champions League, most goals for Real Madrid and all-time highest goal-scorer for Portugal. We check out some little known facts about Cristiano Ronaldo. 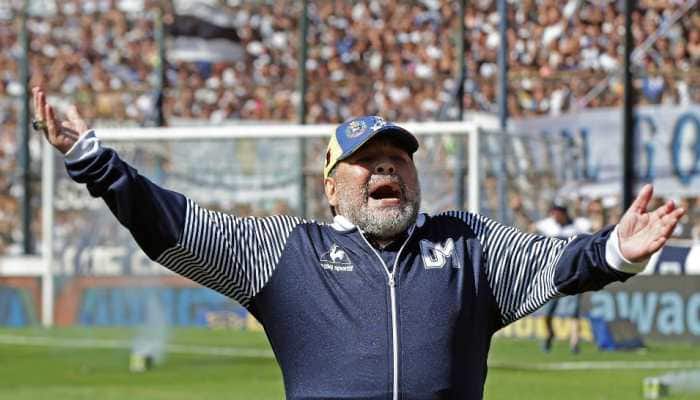 Maradona died at the age of 60 of a heart attack, two weeks after being released from a hospital in Buenos Aires following brain surgery. Luque, who performed the surgery on Maradona, had earlier referred to the former player as a ‘difficult patient’. 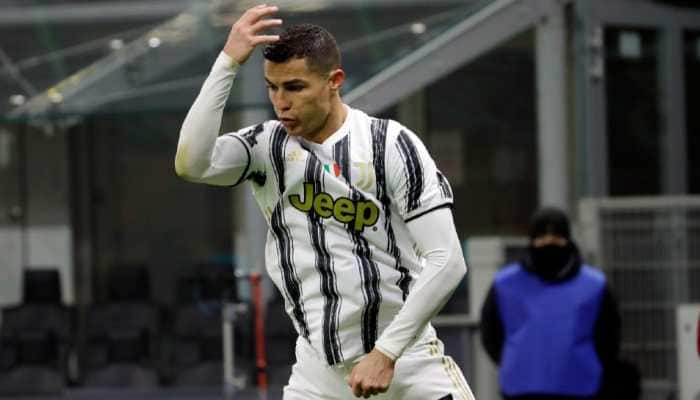 Juventus completed the comeback nine minutes later. Inter defender Alessandro Bastoni and Samir Handanovic got into a mixup after the goalkeeper had rushed off his line, and Cristiano Ronaldo pounced to race behind them and deposit into an empty net. 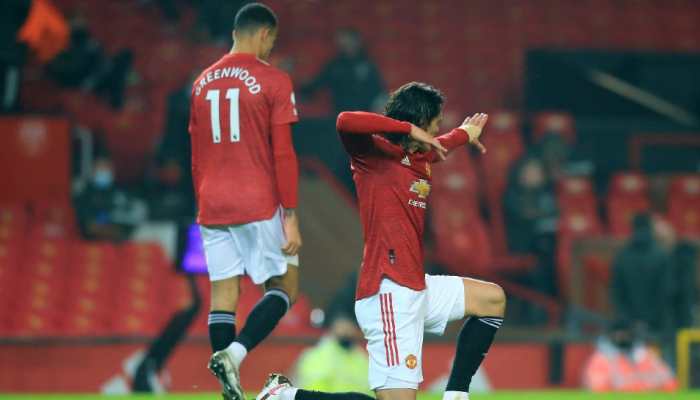 Southampton got off to the worst possible start as Alexandre Jankewitz was shown a straight red card for a nasty challenge on Scott McTominay. In the first half, United went on to register four goals as Aaron Wan-Bissaka, Marcus Rashford, a Jan Bednarek own goal and Edinson Cavani got among the goal scoring charts. 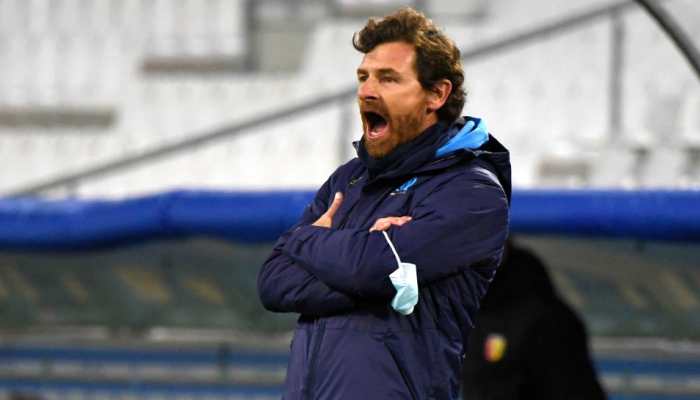 At a news conference, the former Chelsea and Tottenham manager disagreed with the club’s decision to hire Olivier Ntcham on loan from Celtic without letting him know. Marseille boosted its midfield by grabbing Ntcham on the final day of the window on Monday. 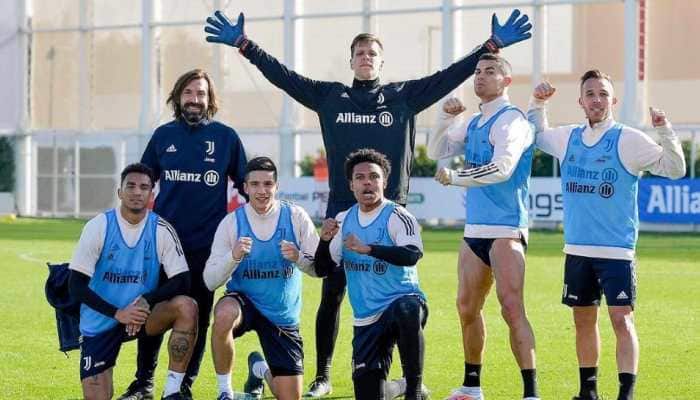 Qualifying games for the tournament have already begun in Asia and South America and are due to start in Europe in March. Asked about the wisdom of holding international games in the current situation, Infantino said those games would take place under a ‘clear health protocol which would not put at risk the health of anyone’. 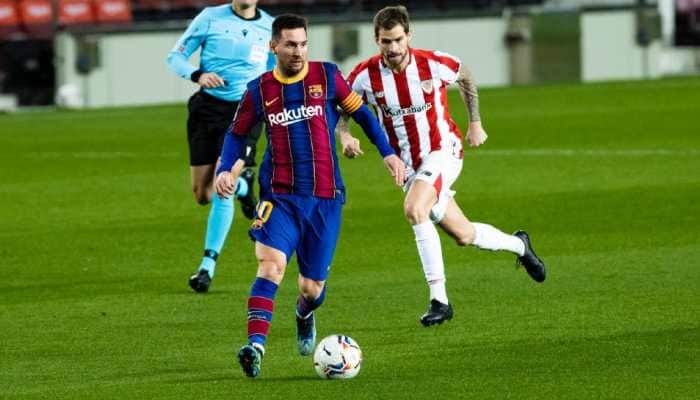 The hosts missed several more opportunities before Athletic levelled in the 49th through a Jordi Alba own goal but Griezmann, who scored twice in the 3-2 Super Cup final defeat, restored the hosts lead in the 74th. Ronald Koeman’s Barca side saw out the game to record a fifth straight Liga victory and move above Real Madrid on goal difference into second place on 40 points.