Some seven points behind Dortmund only a few weeks ago, the Bavarians have now won 10 of their last 11 league games to draw level on 51 points. 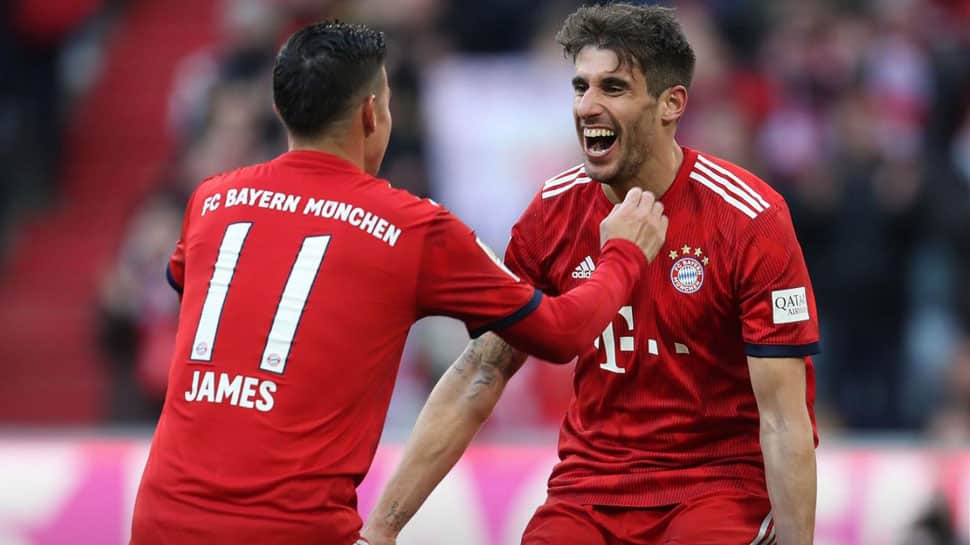 Champions Bayern Munich needed a second-half goal from defender Javi Martinez to edge past visitors Hertha Berlin 1-0 on Saturday and join leaders Borussia Dortmund at the top of the Bundesliga.

Some seven points behind Dortmund only a few weeks ago, the Bavarians have now won 10 of their last 11 league games to draw level on 51 points. But Bayern stay second on goal difference and Dortmund could reclaim the outright lead on Sunday if they avoid defeat when they host an in-form Bayer Leverkusen on Sunday.

Bayern, who drew 0-0 at Liverpool earlier this week in their Champions League Round of 16 first leg, were in complete control but lacked clinical finish as Hertha lurked on the counter-attack.

Bayern`s Joshua Kimmich almost scored an own goal when he attempted to clear a Davie Selke effort on the line only to mis-hit the ball but luckily it rolled wide in the 57th.

Five minutes after Hertha`s biggest chance, however, Spaniard Martinez headed the hosts in front from a James Rodriguez corner to settle their nerves.

Hertha were left with 10 men when Karim Rekik lost his temper and hit striker Robert Lewandowski in the 84th minute following a challenge outside the Hertha box.

But there was also bad news for Bayern with winger Kingsley Coman, who days ago had recovered from an ankle injury, being taken off with a suspected thigh injury in the 58th.

Third-placed Borussia Moenchengladbach lost further ground in the title race after a 3-0 home loss to VfL Wolfsburg, their third straight game without a win that left them stuck on 43.