Lorenzo Insigne gave Napoli a thrilling 3-2 win away to Salzburg in the Champions League on Wednesday after Dries Mertens twice gave the Serie A side the lead only for Norwegian teenager Erling Haaland to equalise for the Austrian champions each time. 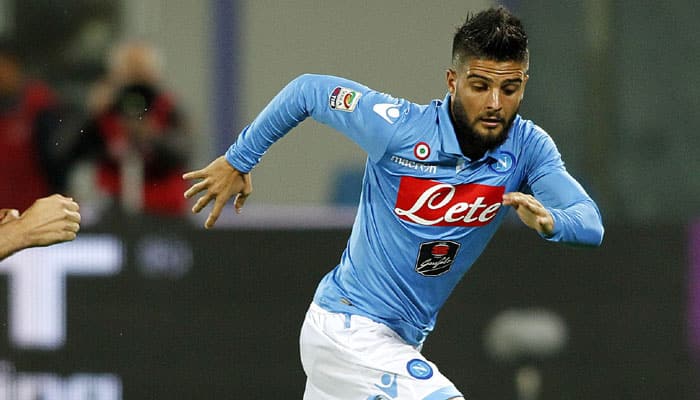 Salzburg: Lorenzo Insigne gave Napoli a thrilling 3-2 win away to Salzburg in the Champions League on Wednesday after Dries Mertens twice gave the Serie A side the lead only for Norwegian teenager Erling Haaland to equalise for the Austrian champions each time.

Mertens`s brace took his tally for Napoli to 116 goals and he overtook Diego Maradona as the club`s second highest scorer behind Marek Hamsik.

Insigne`s goal ended a 71-match unbeaten home run in all competitions for Salzburg, stretching back to their 1-0 league defeat by Admira Wacker in November 2016.

Napoli lead Group E with seven points from three games, one ahead of Liverpool, while Salzburg are third with three despite having scored 11 goals -- six of them from 19-year-old Haaland who once again showed his enormous potential.

"It`s a special night for Mertens who has overtaken Maradona and also for us as we won again in the Champions League. Now we have to keep our feet on the ground, " said Napoli coach Carlo Ancelotti, whose side lost 3-1 at Salzburg in the Europa League last season.

"I expected a game like this because to win here to have to make sacrifices and play intelligently."

Haaland had the ball in the net for Salzburg after nine minutes but it was ruled offside following a VAR consultation.

Napoli took full advantage of the let-off with a brilliant goal by Mertens in the 17th minute as he fired into the roof of the net from a narrow angle with stunning power.

But the Serie A side were then subjected to a period of sustained Salzburg pressure as goalkeeper Alex Meret pulled off three outstanding saves in quick succession.

At the other end, Meret`s opposite number Cican Stankovic suffered a bizarre injury as he appeared to pull a hamstring when chasing back to cover a Mertens lob and he was substituted by Carlos Miguel Coronel.

Salzburg finally got their equaliser five minutes before halftime when Haaland converted a penalty after Hee-Chan Hwang was tripped by Kevin Malcuit.

Mertens put Napoli back in front after 64 minutes, scoring at the far post from Malcuit`s low cross but, once again, Haaland replied, the Norwegian heading the equaliser eight minutes later.

But, just as it was against Liverpool when they hit back from three goals behind to equalise only to lose 4-3, Salzburg`s fight back was in vain.

Almost straight from the kickoff, Napoli went straight down the other end of the pitch and Mertens found Insigne whose deflected shot looped over the stranded Coronel.

PM Modi to review COVID-19 situation with CMs' of 8 States: What To Expect?