Former Chelsea midfielder Frank Lampard has been appointed manager of Championship side Derby County, with the second-tier side announcing the 39-year-old had agreed to a three-year deal on Thursday. 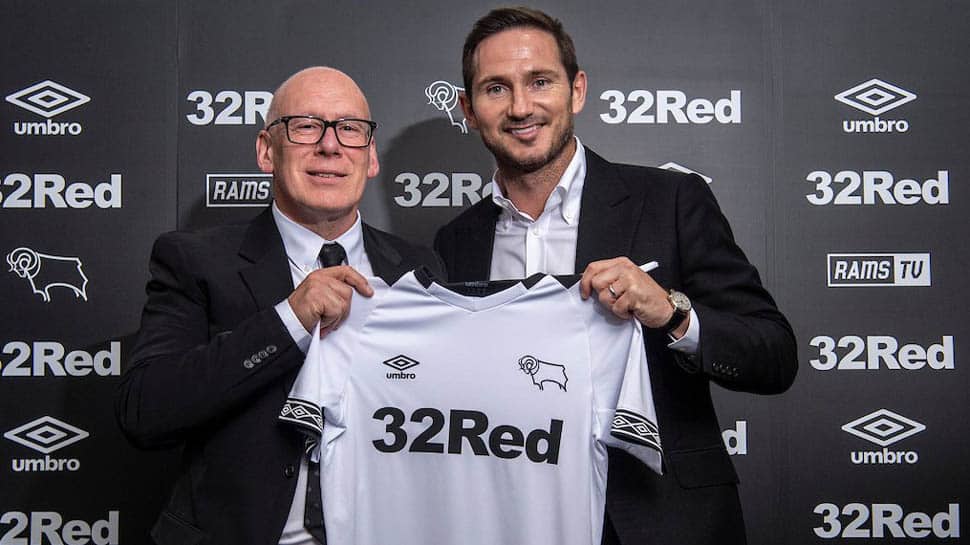 Former Chelsea midfielder Frank Lampard has been appointed manager of Championship side Derby County, with the second-tier side announcing the 39-year-old had agreed to a three-year deal on Thursday.

Lampard, who was capped 106 times by England between 1999 and 2014, won three Premier League titles, four FA Cups and one Champions League with Chelsea, and will be taking his first steps into senior management by replacing Gary Rowett.

"I`ve always wanted to manage a club with a big tradition and history like Derby County, so this is a huge opportunity," Lampard told the club`s website.

Lampard`s move means that he did not wait long to follow former England team mate Steven Gerrard into management, with the ex-Liverpool midfielder taking charge at Scottish side Rangers earlier this month.

"We want to build on the club`s top-six finish in the Championship last season, while at the same time bringing through some of the excellent youth and academy talent we have at Pride Park," Lampard added.

"I`m delighted to have someone of Frank`s calibre as our new manager," Derby executive chairman Mel Morris said.

"Few players have achieved what Frank has in his career. He`s a winner, a leader who knows what it takes to succeed and who has the character and charisma to be a fantastic manager."

Rowett guided two-times English champions Derby to the playoffs last season, where they were beaten 2-1 on aggregate by Fulham, who went on to earn promotion to Premier League.

The 44-year-old left Derby to take charge of Stoke City, who were relegated from the Premier League last season.