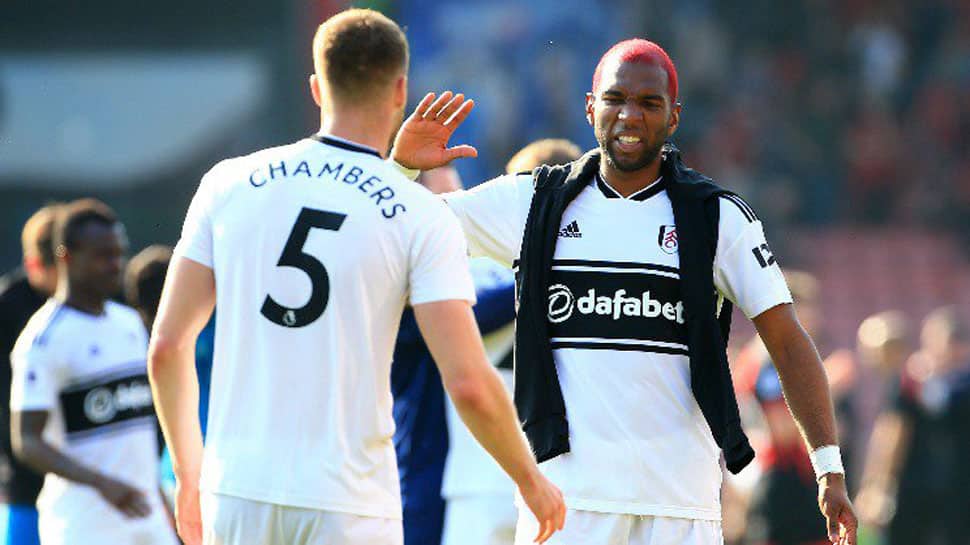 London: Already-relegated Fulham`s season in the Premier League came to an end with a whimper rather than a bang on Sunday as they were hammered 4-0 at home by Newcastle United.

Scott Parker, now in charge at Fulham on a full-time basis, now faces the task of engineering his side`s return from the second-tier Championship after ending the season in 19th place.

Shelvey smashed in his first goal of the season in the ninth minute, bringing down a high corner kick outside the area before unleashing a thunderbolt over the heads of the Fulham defenders and beyond the reach of keeper Sergio Rico.

Perez doubled the visitors` lead two minutes later when Rico parried a shot from Mohamed Diame straight into the path of the Spaniard, who deftly flicked in his 12th goal of the campaign.

Newcastle`s Schar headed in a Matt Ritchie corner in the 61st minute, and Rondon snuck in a fourth shortly before the final whistle, bursting into the area and firing straight into Rico`s chest before directing the rebound into the far corner.