Liverpool manager Jurgen Klopp and his Manchester City counterpart Pep Guardiola have been rewarded for their stellar contribution in football management by inducting them into the League Managers Association’s (LMA) Hall of Fame. 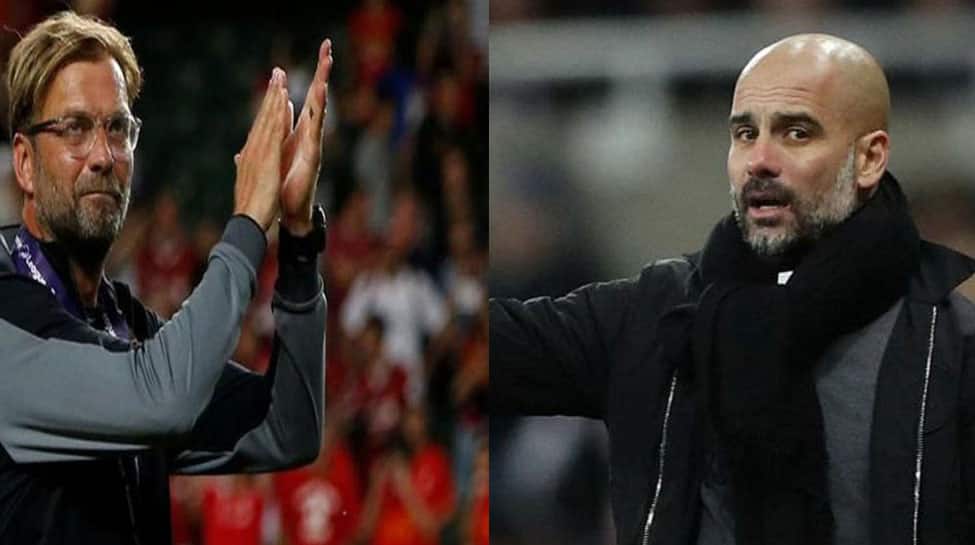 Liverpool manager Jurgen Klopp and his Manchester City counterpart Pep Guardiola have been rewarded for their stellar contribution in football management by inducting them into the League Managers Association’s (LMA) Hall of Fame.

The LMA took to its official Twitter handle and confirmed that it has inducted Kloop and Guardiola into the manager's Hall of Fame.

Ecstatic to recieve the honour, Guardiola said that he feels privileged to see his name along with some big managers and big personality who have helped in making the game better.

"What a privilege. When you come down the corridor and see all the big names, big managers, big personalities being here that would've helped to make football better, football that we have right now.I think all the managers here that have been inducted into the Hall of Fame is because we were in incredible clubs with incredible players,"goal.com quoted the Manchester City as saying.

Guardiola, however, added that no manager could achieve success without the quality players.

"As long as we can help them and try to think on the same side and the same page, that's the only reason we can do what we do as managers.Without the quality of the players we have, the managers cannot have success," he added.

Klopp, on the other hand, said that he is feeling extremely proud to have received the honour.

"It's big, it's really big. When I first heard about it [the honour] I couldn't believe it.I saw all the names with the pictures when I came in, it's really impressive.I don't often feel pride but, in this moment, I'm very proud because this is something really, really special," Klopp said.

Klopp and Guardiola have now joined the likes of Brian Clough, Sir Bobby Robson and Arsene Wenger who have previously been inducted into the LMA Hall of Fame.

While Klopp had guided Liverpool to Champions League and UEFA Super Cup glory since being appointed in 2015, Guardiola had led Manchester City to two Premier League titles and an FA Cup glory after joining the club in 2016.

The two manager are currently going head-to-head in the race of Premier League title this season. While Liverpool are standing at the top spot with 12 wins, City are placed at the third place with nine victories.