Army to choose from Tata, American Stryker and Humvee for its armoured protection vehicle requirements

Sources said during the evaluation process, the indigenous platform would certainly have preference over the foreign products in meeting the requirements of the Army. 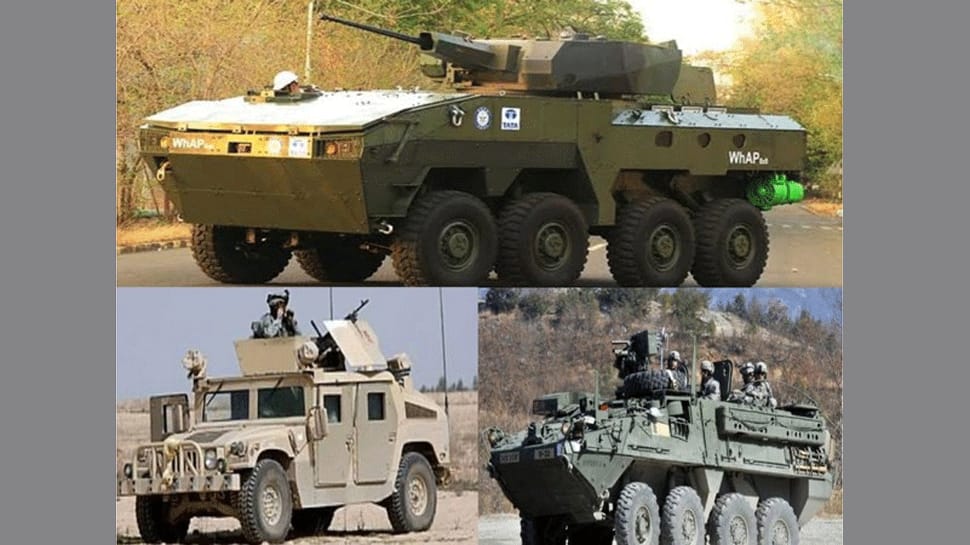 The Indian Army has a need for armoured infantry combat vehicles for quick movement of troops in the Eastern Ladakh area where the Chinese have deployed their armoured personnel carriers in large numbers. The force is looking at the three options which include the Tata WhAP and the American Stryker and Humvee, defence sources told ANI.

The options are being evaluated by the force at the moment and a decision in this regard would be taken soon, they said. Sources said during the evaluation process, the indigenous platform would certainly have preference over the foreign products in meeting the requirements of the Army.

While the Tata vehicle is yet to enter service, the Stryker and Humvee have been part of the American defence forces for a long time now.

Tata WhAP, which has been co-developed with a DRDO laboratory, has undergone several trials in recent times including high altitude tests.The Strykers and Humvee are reportedly capable of being dropped from transport aircraft including the C-130J and the C-17s which are also operated by the Indian Air Force.

During the ongoing standoff with the Chinese in Eastern Ladakh, the Chinese troops had come to the Line of Actual Control at multiple points including Galwan Valley, Hot Springs, Gogra and Patrolling Point 15 using heavy vehicles including Armoured Personnel Carriers.

The Indian Army uses a large number of Russian-origin BMP infantry combat vehicles, which are used by the Mechanised Infantry regiments of the Indian Army in deserts, plains, and high altitude locations.