Bharatiya Janata Party (BJP) on Thursday suspended its MLA from Uttarakhand's Khanpur, Pranav Singh Champion for an indefinite period after a video showing him dancing to Hindi Bollywood songs while brandishing his gun went viral on social media. 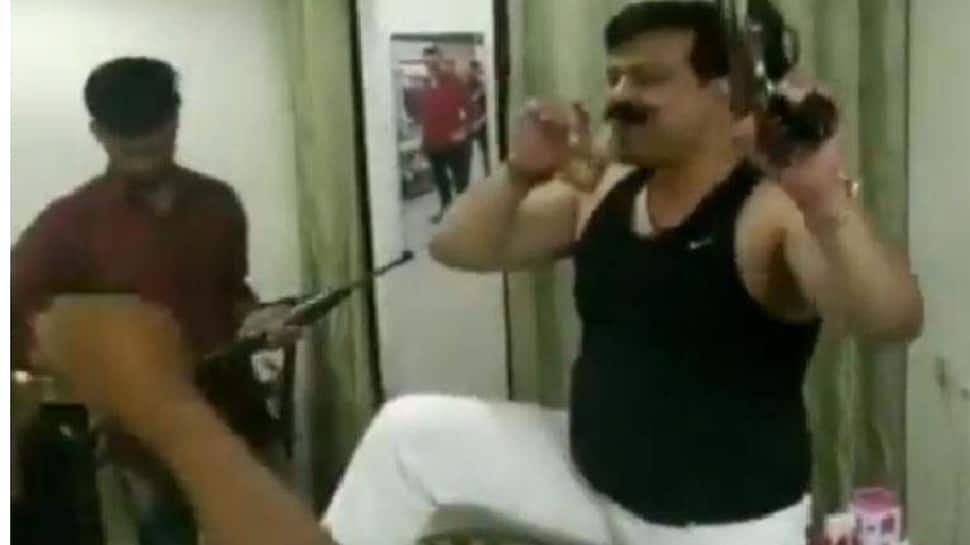 Dehradun: Bharatiya Janata Party (BJP) on Thursday suspended its MLA from Uttarakhand's Khanpur, Pranav Singh Champion for an indefinite period after a video showing him dancing to Hindi Bollywood songs while brandishing his gun went viral on social media.

Devendra Bhasin, media head of BJP Uttarakhand, said that Champion, who was previously suspended from the party for three months, has been now suspended indefinitely on the directions of state BJP president Ajay Bhatt.

Champion, on Wednesday, landed into a controversy after a video showing him dancing with guns and a drink in hand went viral on social media. In the video, Kunwar Pranav can be seen hurling abuses and dancing while holding three pistols and a rifle. He can also be heard stressing that nobody can do what he is doing in entire India.

Notably, the video went viral just a few days after the BJP MLA was suspended from the party for three months for allegedly threatening a journalist.

Taking cognizance of the video, BJP national media in-charge Anil Baluni had said that strict action will be taken against Kunwar Pranav for his misbehaviour.

"I've seen that video. I condemn it. These kinds of complaints came against Pranav Singh Champion earlier as well, that's why he was suspended for 3 months. We'll talk to Uttarakhand unit about it. Strict action will be taken," he told news agency ANI.

After the video went viral, the suspended MLA had reportedly claimed, "The video which has gone viral is edited and an intrusion into my privacy. I never used abusive words against anyone as is being shown by the media."

Pointing out that the guns with which he was seen dancing were "licensed, unloaded and not pointed at anyone", Champion added that "there was nothing wrong in dancing with guns".

However, the state BJP sent him a show-cause notice and made a recommendation to the central leadership of the party for his permanent suspension, a statement said.