The Chief Minister made this controversial statement while wrapping up a discussion in the state assembly on the Governor's address on Wednesday. 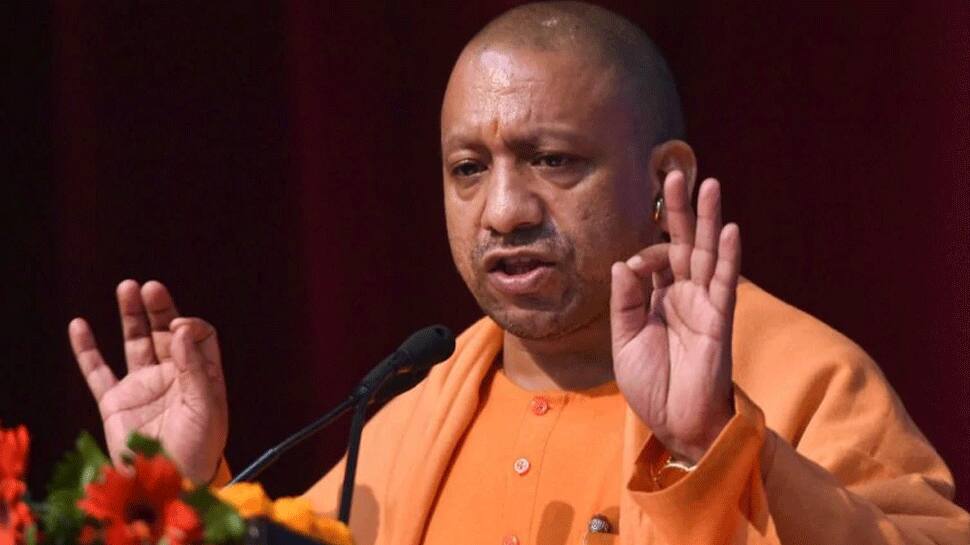 LUCKNOW: Uttar Pradesh Chief Minister Yogi Adityanath has triggered a bitter political row by saying that the anti-CAA protesters in the state were shot by other rioters and ‘‘nothing can be done to save someone with a death wish.’’ The Chief Minister made this controversial statement while wrapping up a discussion in the state assembly on the Governor's address on Wednesday.

"Agar koi marne ke liye aa hi raha hai to woh zinda kahan se ho jaayega (If someone is coming with an intent to die, then how will the person remain alive?)," he said while referring to the 22 deaths that took place during the anti-CAA protests in December 2019.

The Chief Minister said, "No one has died from police bullets. All those who died have died of bullets from rioters. If someone goes to the street with the intent to shoot people, then either he dies or a cop dies." During his speech, CM Adityanath said the role of the police in dealing with rioters during the protests against the Citizenship Amendment Act should be appreciated.

In hard-hitting remarks, the monk-politician said his government supported democratic protests but will maintain law and order by dealing strictly with those indulging in violence. ‘’Jo jis bhasha main samjhega, usey uss bhasha main samjhayenge (We will talk to them in the language they understand),’’ he warned.

At least 20 people died of gunshot wounds during violent protests in several parts of Uttar Pradesh in December. He claimed that the anti-CAA protests revealed terror funding by Popular Front of India, which is the another name for banned terror group SIMI.

During his two-hour speech, Adityanath trashed the opposition charges against him on crime and women empowerment. In an indirect reference to the Samajwadi Party, he recalled how in the past MLAs "used to throw paper balls" at the podium during the Governor's customary address to the House.

''While opposing capital punishment for rape, Mulayam Singh Yadav had sparked an outrage by saying "ladke, ladke hain... Galti ho jati hai (boys will be boys... They commit mistakes)," Adityanath cited the police firing on 'kar sevaks' gathered in Ayodhya on October 30, 1990, when Mulayam Singh Yadav was the chief minister.

He also trained his guns at the Congress, referring to the infamous "tandoor case" in which former Youth Congress leader Sushil Sharma spent 23 years in Tihar Jail for killing his wife Naina Sahni and then trying to dispose of her body in a restaurant tandoor.

However, political parties like BSP and NCP have slammed the UP CM for his insensitive remarks. ‘’The way Adityanath ji (UP CM) said 'marne ko ayenge to zinda kaise jayenge', cannot be tolerated in democracy. SC said that people have the right to protest,despite that, police fired on protesters. Yogi ji behaving like General Dyer,it can't be tolerated,’’ Maharashtra Minister and NCP leader Nawab Malik:

Meanwhile, Bahujan Samaj Party (BSP) national spokesperson Sudhindra Bhadoria on Thursday hit out at Yogi Adityanath over his remark that `if someone comes out with the intent of dying, how would he remain alive`, saying that the Uttar Pradesh Chief Minister`s statements were going beyond the "parameters of the Indian Constitution".

Bhadoria said, "Everyday Yogi Adityanath is making such statements which go beyond the parameters of the Indian Constitution. I think the Supreme Court and the High court should take note of this. Yogi Adityanath is trying to create extra-constitutional, extra-democratic traditions, which are very dangerous and can create anarchy in this country."

"This statement from the Chief Minister of Uttar Pradesh is condemnable and is shameful. He is resorting to a language that is going to create anarchy," he added.

Ahead of visit to India, US President Donald Trump retweets WION news report on his trip