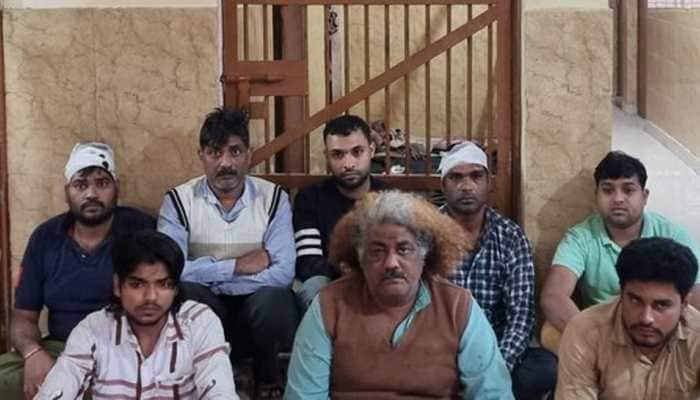 'Chaat' sellers attack each other in Uttar Pradesh's Baghpat for THIS reason: Watch video

"Eight people have been arrested in connection with the clash that broke out between two groups of shopkeepers in Baraut area of Baghpat earlier today. Necessary action is being taken," said Baghpat Police. According to police, the clash erupted between the 'chaat' sellers over the issue of attracting customers to their respective shops. The two sides attacked each other with sticks and rods. 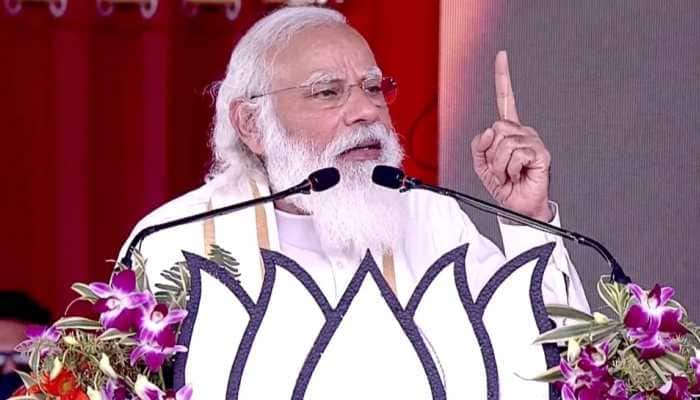 Live: TMC does not care about poor, needy and women of Bengal, says PM Modi in Hooghly

Prime Minister Narendra Modi visits the states of Assam and dedicated to the nation important projects of the oil & gas sector in an event organized at Silapathar in Dhemaji. He will later inaugurate several railway projects in West Bengal's Hooghly. UP: Man sends 'compromising videos' of ex-girlfriend to her husband; arrested on rape charge

The woman a native of UP's Sambhal district had an affair with the accused man but later distanced herself from him. She stated in her complaint that during the affair, the man allegedly filmed videos of their private moments that he later sent to her husband. 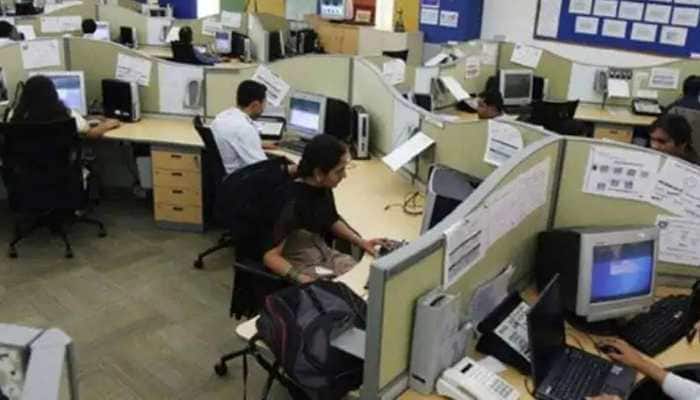 Zee Rozgar Samachaar: UP govt to release vacancies for 50000 posts in these departments, check details

The Yogi Adityanath-led government in Uttar Pradesh will release nearly 50,000 vacant posts in various government departments of the state. He has approved for the start of the recruitment process for Uttar Pradesh Subordinate Service Selection Commission (UPSSSC) to fill these posts. 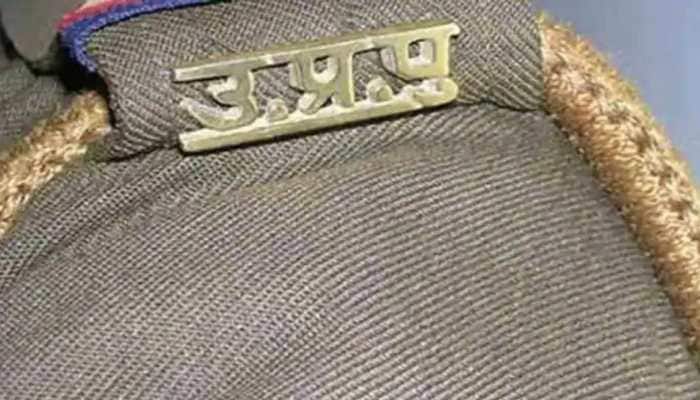 Yet another Unnao case of brutality came to light wherein three girls were found unconscious, tied with 'dupatta' in the Baburaha village. While two of them were declared brought dead at the district hospital, the third, who was in a critical condition, was referred to a private hospital in Kanpur. The police said they waiting for the post-mortem reports to determine their cause of death. 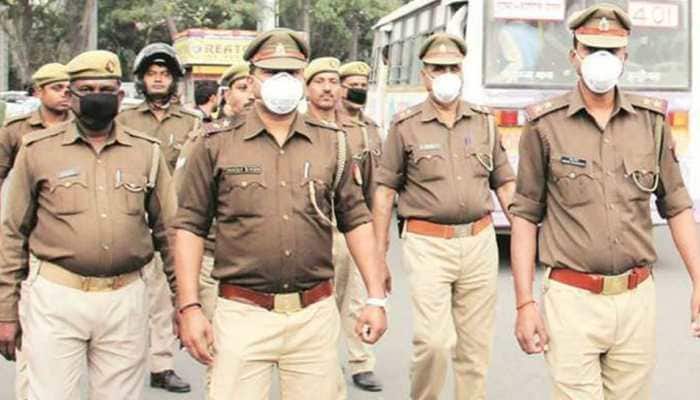 In Unnao, three girls were found in an unconscious state in a field on Wednesday night. Two girls succumbed while one has been referred to District hospital. As per the police, the girls had gone to cut grass and had not returned. 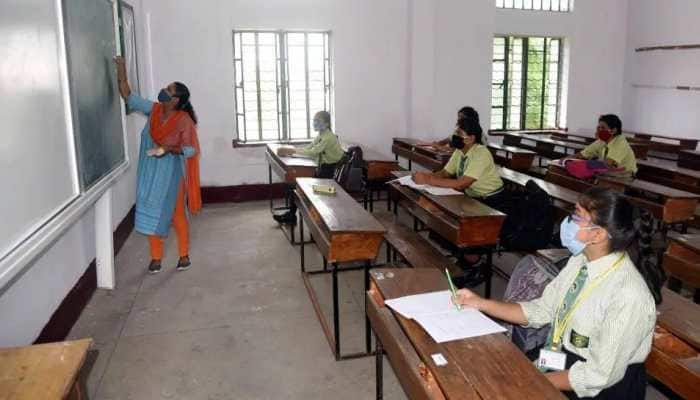 Noida schools register 10% attendance in classes 6 to 8, parents scared to send their kids

The decision to let students attend classes is entirely upto the parents, as per guidelines issued by the government. People are still scared for their children and it has also affected school attendance. Presently, schools are open twice a week for the students of these classes. 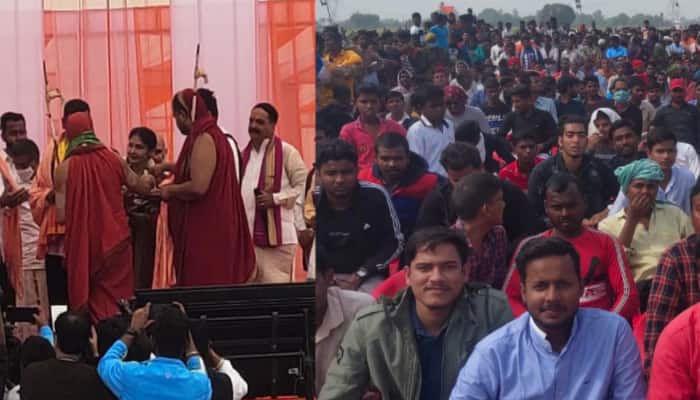 Center for Excellence inaugurated in Ghazipur to double farmers' income 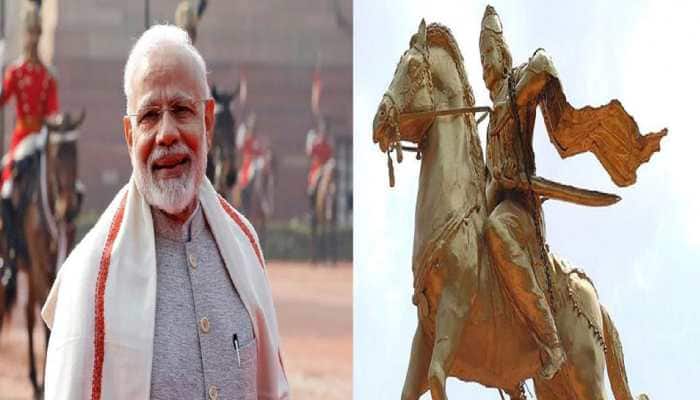 Who is Maharaja Suheldev and why did PM Narendra Modi dedicate a memorial to him?

King Suheldev was deeply moved by the loot and destruction of the magnificent Somnath temple by invader Mahmud Ghazni that he decided to give up the comfort of royal life as a prince. King Suheldev waged guerrilla warfare against Mahmud Ghazni’s army. During his invasion of northern India, Mahmud Ghazni defeated several old kingdoms and forced them to become his allies. 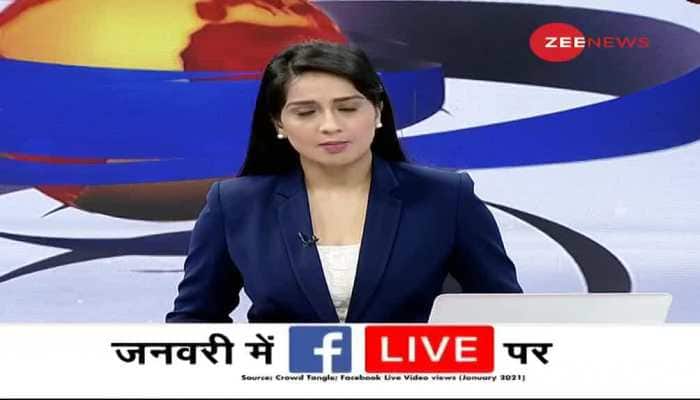 UP: PM Modi to give development work gift to Bahraich on Maharaja Suheldev's birth anniversary

Uttar Pradesh Chief Minister Yogi Adityanath is going on a Bahraich tour on Tuesday where he will participate in the Bhoomi Poojan and foundation stone program of Maharaja Suheldev Memorial in Chittora. 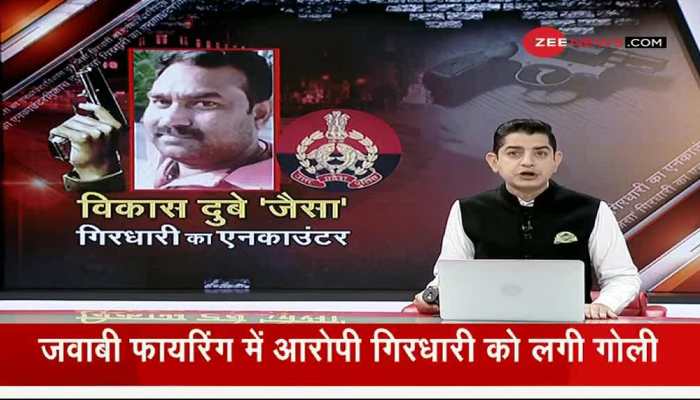 Ajit Singh murder case: Girdhari, the main accused died in an encounter in UP

Lucknow Police killed Girdhari, a three-day remand accused in the murder of former block chief and history-sheeter Ajit Singh, in an encounter early Monday. He was trying to escape by snatching gun, due to which the police had to shoot at him. 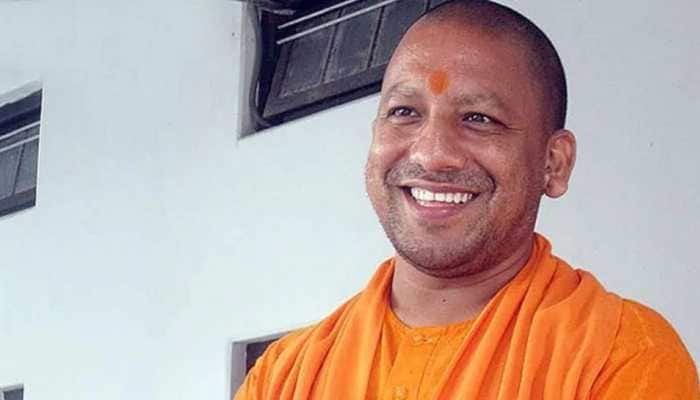 Under the Abhyudaya Scheme, those students who want to prepare for competitive exams such as IAS, IPS, PCS, NDS, CDS, NEET and JEE but are unable to do it because of lack of resources, would be provided free coaching. The classes will begin on the auspicious occasion of Basant Panchami.

UP: 6 killed in accident at Agra-Lucknow Expressway as car rams into truck in Kannauj

An accident took place in Talgram area of the district on the Agra-Lucknow Expressway in Uttar Pradesh's Kannuaj when a car rammed into a truck killing six people on Saturday (February 13, 2021) morning due to dense fog in the region. 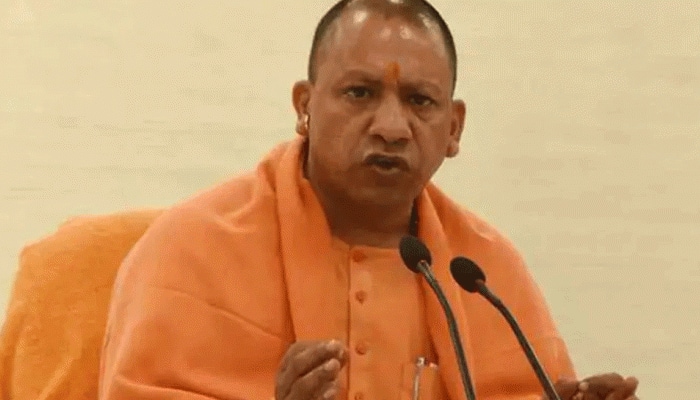 UP govt has made a big announcement regarding re-opening of all colleges, private universities across the state. All educational institutions of higher learning across the state will re-open from February 15. The state government has also issued orders asking authorities to ensure strict compliance with COVID-19 guidelines 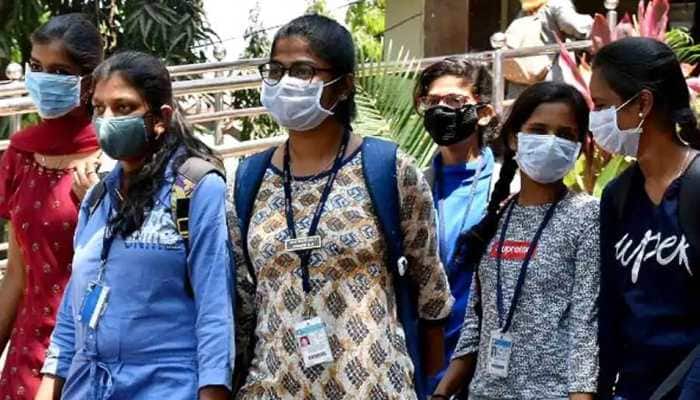 Nearly 97,000 candidates have already registered for the UP CMs Abhyudaya Scheme within 20 hours of the launch of the online portal. The registration process had begun on February 10, 2021. The coaching for the classes will begin on February 16. 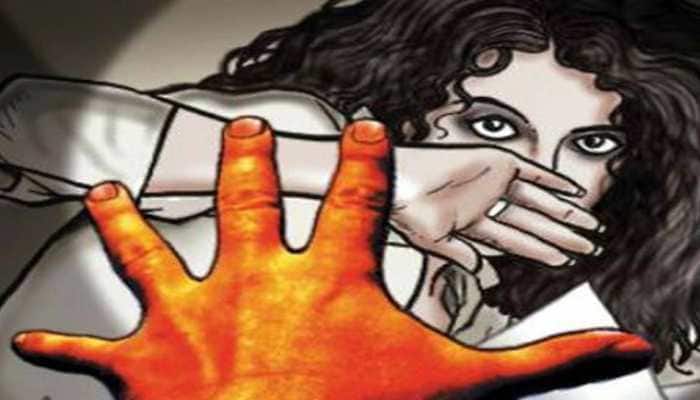 A 22-year-old woman's rape video was uploaded on the social media by the accused after her marriage. The accused has been arrested and but following the video being shared on social media, the woman's husband abandoned her. The incident took place in Uttar Pradesh's Revti. 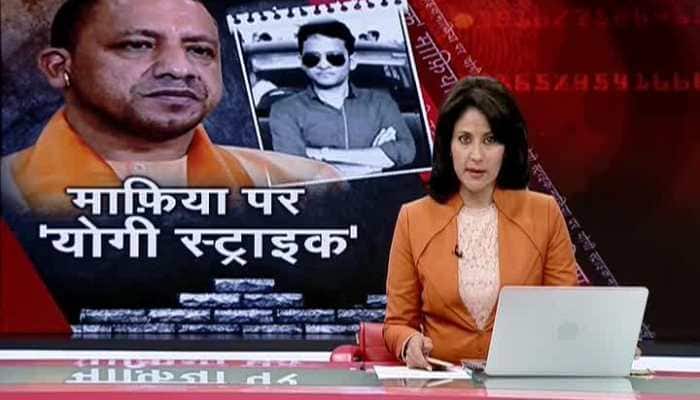 UP: Constable beaten to death in Kasganj, CM Yogi instructs to impose NSA on sinners

After about eight months, Bikru-2.0 was repeated in Uttar Pradesh. The police came into action, after killing the soldier who went to give notice to the liquor mafias in Kasganj, and reached for the arrest of liquor traders. During this encounter, the brother of the accused liquor mafia was killed. 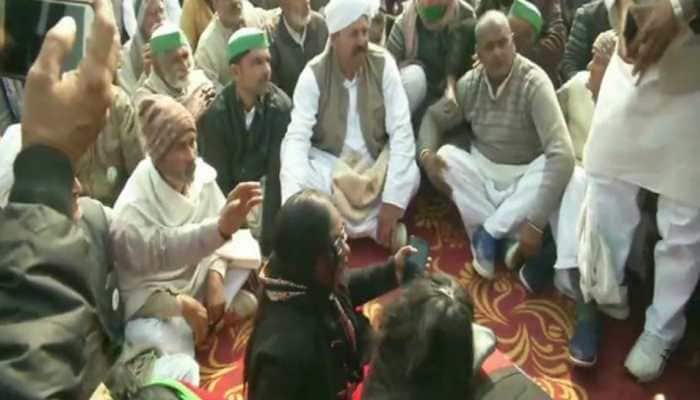 Section 144 imposed in this UP district ahead of kisan mahapanchayat

District Magistrate of Saharanpur issued an order citing various reasons including upcoming festivities, the spread of COVID-19 pandemic and the possibility of violence by the anti-social elements in the state. The move comes ahead of the Congress General Secretary Priyanka Gandhi Vadra’s visit to attend kisan mahapanchayat. 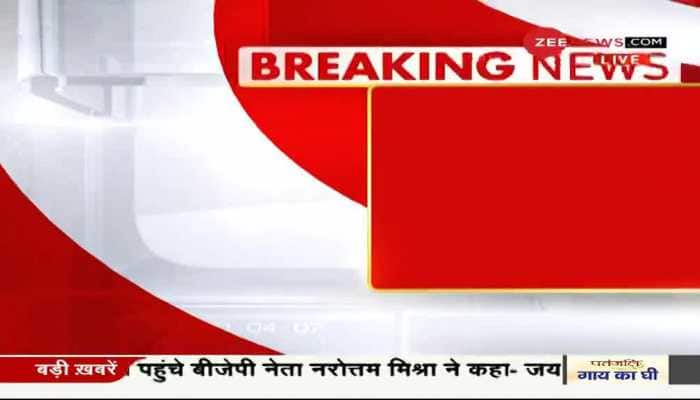 UP: crook Elgar Singh was killed in an encounter, was among those who attacked the police

In Kasganj district of Uttar Pradesh, the case of Bikru scandal of Kanpur has come up, where the police team which went to shut down the business of illegal liquor was attacked. After which, crook Elgar Singh was killed in an encounter who was among those who attacked the police 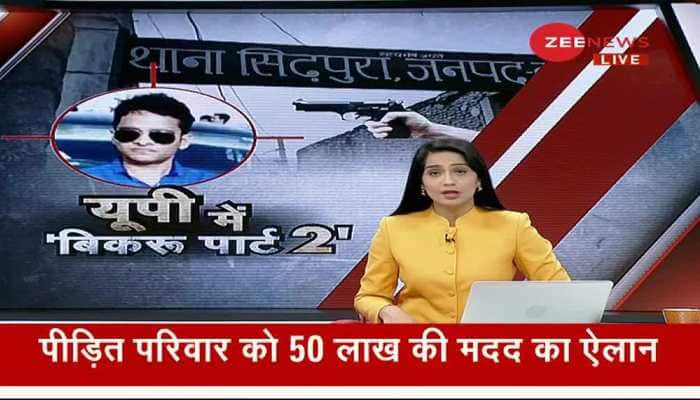 UP: 'Sharab mafia' attacked police in Kasganj, SI gets injured and soldier died

In Kasganj district of Uttar Pradesh, the case of Bikru scandal of Kanpur has come up, where the police team which went to shut down the business of illegal liquor was attacked. A soldier was killed in this attack, while the condition of a constable remains critical.