US President Donald Trump has again spoken on India Pakistan tensions and offered to mediate to Kashmir. 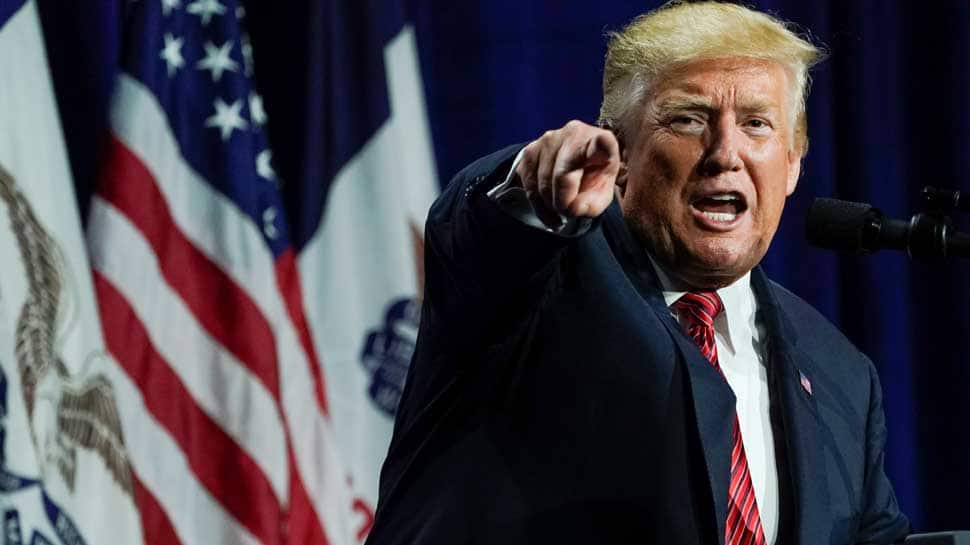 New Delhi: US President Donald Trump has once again spoken on India-Pakistan tensions and offered to mediate in resolving the Kashmir dispute.

Responding to a question at the White House on Tuesday night if the Kashmir issue can be ever be resolved, Donald Trump said, ''Well, they’ve been having this  - these talks for hundreds of years, even under different names.  But this is - but it’s Kashmir.  And Kashmir is a very complicated place.  You have the Hindus and you have the Muslims, and I wouldn’t say they get along so great.  And that’s what you have right now. And you have millions of people that want to be ruled by others, and maybe on both sides.  And you have two countries that haven’t gotten along well for a long time.  And, frankly, it’s a very explosive situation.''

The US President continued by saying, ''I spoke to Prime Minister Khan (Imran).  I spoke with, yesterday, also, Prime Minister Modi.  They’re both friends of mine.  They’re great people.  They’re great people.  And they love their countries.  And they’re in a very tough situation. Kashmir is a very tough situation.  And, you know, we’re talking about — this has been going on for decades and decades. Shooting.  I don’t mean shooting like shooting a rifle, I mean like the major shooting of Howitzers, of — you know, of heavy arms.  And it’s been going on for a long period of time.

"I will do the best I can to mediate or do something we have a great relationship with both of them but they are not exactly friends at this moment," Trump said.

India has time and again dismissed any suggestion of mediation saying all bilateral issues between India and Pakistan are governed by Shimla and Lahore agreements under which no third party mediation will be allowed.

This is the third time that the US President has talked about mediation in Kashmir in last few weeks, even though a White House statement after Pakistan PM Imran Khan's conversation with Trump on Friday said that both the neighbours can resolve the issues bilaterally.

Calling Imran Khan and Narendra Modi his good friends, Trump said, "PM Khan was here just recently and I am gonna with PM Modi I will be with him over a weekend in France so I think we are helping the situation but there are tremendous problems between those two countries as you know"

PM Modi will be in Biarritz, France over the weekend for the G7 Summit where US President Donald Trump will also be present.

Noose tightens for Chidambaram in INX media case, CBI summons him in 2 hours