Bengal Chief Minister and Trinamool Congress supremo Mamata Banerjee had lost to BJPs Suvendu Adhikari from the Nandigram seat in the assembly polls. The deadline for her re-election ends on November 5. 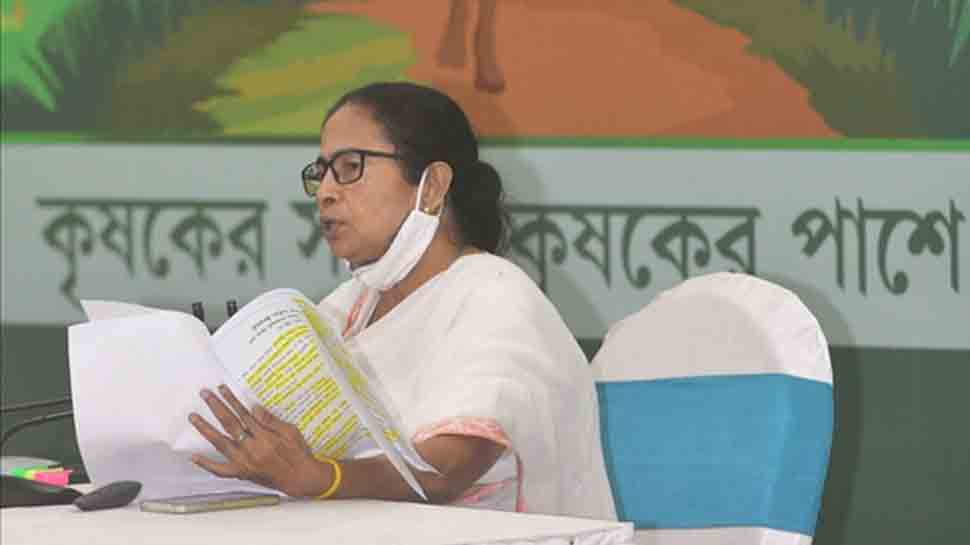 Kolkata: West Bengal Chief Minister Mamata Banerjee on Wednesday (June 23) said bypolls, due in six assembly seats of the state, can be held within seven days since the COVID-19 situation is 'under control'. She went on to allege that the Election Commission of India is waiting for Prime Minister Narendra Modi's nod to hold the bye-elections.

"If it is so, then I will ask the PM to give the go- ahead. Now the situation is okay, but if the third wave of the pandemic comes, then you cannot do anything," Banerjee told reporters at the secretariat.

The chief minister had lost to BJPs Suvendu Adhikari from the Nandigram seat in the assembly polls and the deadline for her re-election ends on November 5.

"We are waiting to see (what decision the ECI takes). The bypolls should be held as early as possible because the COVID-19 situation is totally controlled now. So, I think within seven days they can hold the elections. There is no need to give so much time to the candidates. Even our bye- elections are pending," she said.

On reports that the central government is allegedly trying to delay the bye-elections in West Bengal, Banerjee referred to the constitutional stipulation of holding the elections within six months.

"They held the Bengal assembly elections in eight phases when the COVID-19 positivity rate went up to 33 per cent and now when it is down to 3 per cent they cannot organise the bypolls," she said.

Elections were deferred in two assembly constituencies of Shamsergunj and Jangipur following the deaths of two candidates.
Bypolls will have to be held in Bhabanipur following the resignation of state minister Sobhandeb Chattopadhyay as an MLA to make way for Banerjee to contest from her old constituency.

Chattopadhyay is likely to contest from Khardah where party leader Kajal Sinha had succumbed to Covid-19 before the results were announced.

Byelections are also due in Shantipur and Dinhata where two BJP MPs contested and won but have resigned to retain their Lok Sabha seats.

The ECI had deferred bye-elections in three parliamentary constituencies in Himachal Pradesh, Madhya Pradesh, and the Union Territory of Dadra and Nagar Haveli because of the pandemic.

Brain inflammation detected among people who succumbed to COVID-19: US Study