DNA Exclusive: Will Priyanka's bet on women voters be a game-changer for Congress in UP Assembly polls? 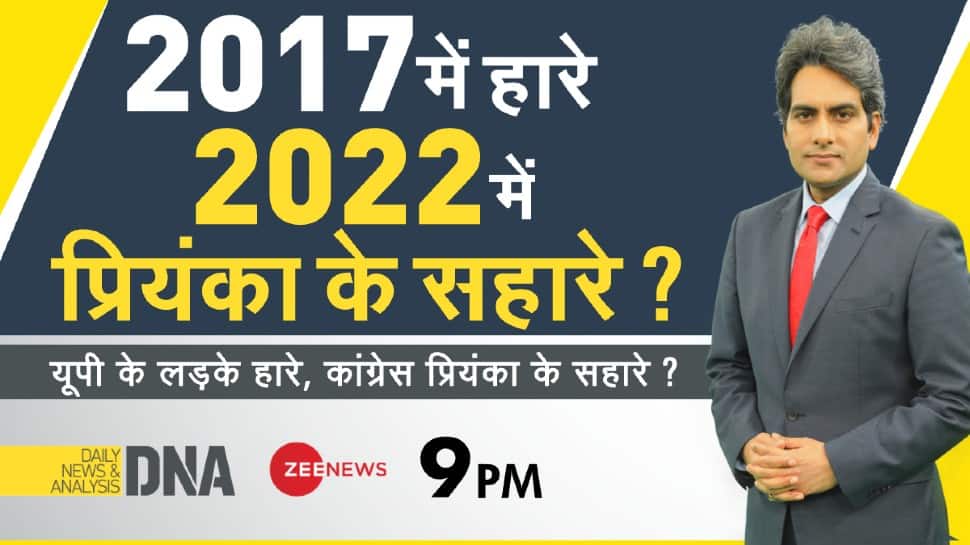 New Delhi: Congress general secretary Priyanka Gandhi Vadra made a big announcement today saying that her party will give 40 per cent of tickets to women in the Uttar Pradesh Assembly elections 2022. The party hopes the new strategy would yield benefits.

Priyanka Gandhi kicked off the campaign for the elections by unveiling a poster that revealed the party’s strategy. The poster read: “Ladki hu, lad sakti hu” (I am a girl and I can fight). It was in contrast with the slogan Congress used in the last polls which said: “Apne UP ke ladke” (Our UP boys). The boys referred to here were Rahul Gandhi and Akhilesh Yadav.

But the boys could only manage to win 15 percent of the 403 seats in Uttar Pradesh. Congress fought on 105 seats and won just seven seats, while the Samajwadi Party contested 298 seats and own just 47 seats. BJP formed the government with a thumping majority by winning 312 seats.

Now, Congress hopes that what the boys could not do in the last election, the girls of UP will do. Hence, Priyanka Gandhi made the big announcement.

So far, this has not happened in any state election, when a party has given tickets to women candidates only in about half the seats. That's why we appreciate this effort of Priyanka Gandhi and we believe that she is working hard to strengthen the Congress. But there is a catch.

In Gandhi’s press conference, there were a total of 10 people on the stage. Of these, seven were men and only three women including her. This makes the slogan seem inconsistent with the party’s conduct.

This type of politics in the name of women empowerment is not new in our country. Women are given tickets by the parties in the elections, but it is also true that these tickets are given to only those women whose family members are already active in politics. For example, 33 percent of the seats in the Panchayati Raj elections in Uttar Pradesh are reserved for women. And in the last election, about three lakh women won. But according to a report, 77 percent of these women representatives believe that they do not have the right to make decisions. The decisions are taken by either her husband or other male members of their family.

The question is: Can women voters prove to be a game-changer in Uttar Pradesh elections?

There are a total of 14 crore 12 lakh voters in the state, out of which 6 crore 44 lakh are female voters while 7 crore 68 lakh are male voters. If any party gets even half of the six and a half crore women votes, it will easily win the election. Perhaps, this is the reason why the trend of giving tickets to women candidates in Uttar Pradesh has emerged lately.

For the first time in the 2017 UP elections, as many as 38 women candidates had won. Out of this two belonged to the Congress. However, Priyanka Gandhi hopes that the tally will improve this time.

Telangana to buy 125 kg gold from RBI for Yadadri temple