Assam Animal Husbandry and Veterinary Minister Atul Bora said the disease has no relation at all with COVID-19. 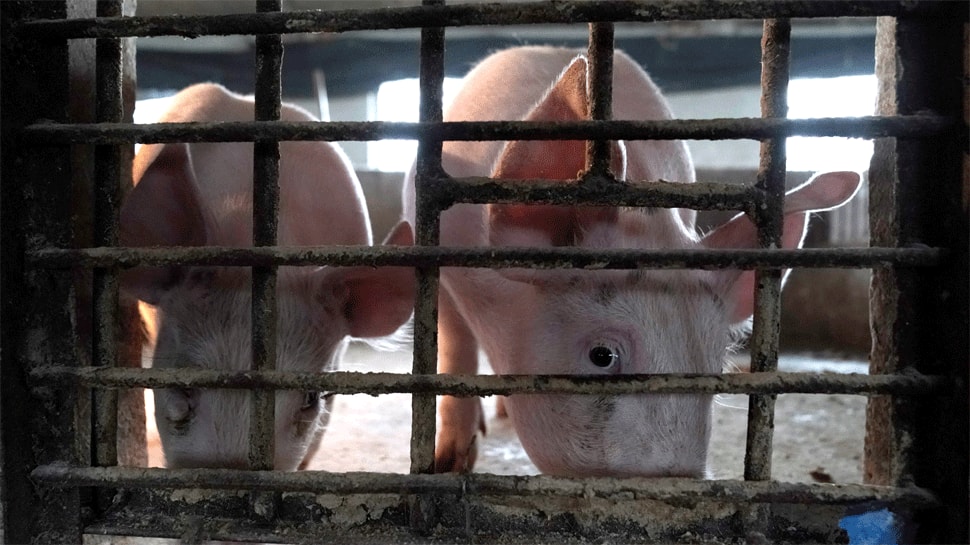 Guwahati: The Assam government on Sunday (May 3) said the first instance of African Swine Flu has been detected in the state and it has already killed around 2,500 pigs across 306 villages.

Despite a go-ahead from the Centre, the state government will not resort to culling of the pigs immediately and will adopt an alternate mechanism to prevent the spread of the highly contagious disease, Assam Animal Husbandry and Veterinary Minister Atul Bora said at a press conference.

He said the disease has no relation at all with COVID-19.

"The National Institute of High Security Animal Diseases (NIHSAD), Bhopal has confirmed that it is African Swine Flu (ASF). The central government has informed us that it is the first instance of the disease in the country," Bora said.

As per a 2019 census by the department, the pig population was 21 lakh, but it has increased in recent times to around 30 lakh, he added.

The department will collect samples within one km radius of the infected area and test them, he informed.

"After testing, we will cull only those pigs which will be found infected. We are avoiding the immediate culling of the pigs. We will take daily updates and will take a decision as and when the situation arises," Bora said.

The further testing will be done in Assam itself in three labs here, but these will not be sufficient and officials concerned have been asked to contact the Health Department for this, he added.

The minister said that the state government has requested the neighbouring states to take steps so that there is no movement of pigs.

"The virus spreads through pig's meat, saliva, blood and tissue. So there will be no transportation of pigs between districts. We will also check what can be done to the pigs passing through our state.

"We will have a surveillance zone within 10 km radius so that no pigs are transported out of the area or no feed is moved from a different location. We will also do GPS mapping," Bora said.

He, however, said the disease has not spread much yet and around 2,500 pigs have died due to ASF across 306 villages in seven districts in the state.

"The disease was detected during the last part of February. However, it started in April 2019 in China at a village of Xizang province bordering Arunachal Pradesh. It is suspected that the disease crossed over to Arunachal Pradesh and then reached Assam," Bora

Usually, pigs roaming freely are infected, but off late those in the farms are also seen affected, he added.

"In a particular case of one farmer, whose 230 pigs have died, his employee's personal pig died due to this. So it is suspected that the employee carried the virus from his home to the farm and got the pigs infected. We have seen it in some other farms also. So humans also carry this virus," Bora said.

The Veterinary Department started giving the vaccine of classical swine flu to the pigs after this outbreak, but it was stopped as there was a danger of spreading the virus through the doctor, he added.

"However, it never affects humans. There is no problem in consuming pork from the areas where there is no infection. We will conduct awareness and training of farmers. We have selected 13 districts for this purpose," the minister claimed.

He also said that the government has formed district-level committees to implement the guidelines such as pigs will not be allowed to roam freely and the farmers will have to keep them in enclosures.

When asked about compensating the farmers incurring losses, Bora said, "Farmers have been affected. We are assessing the total damage. We will see the provisions from the disaster management authorities and compensate them accordingly."