Pranab Mukherjee was presented with the award by President Ram Nath Kovind amid rapturous applause from those present for the ceremony. 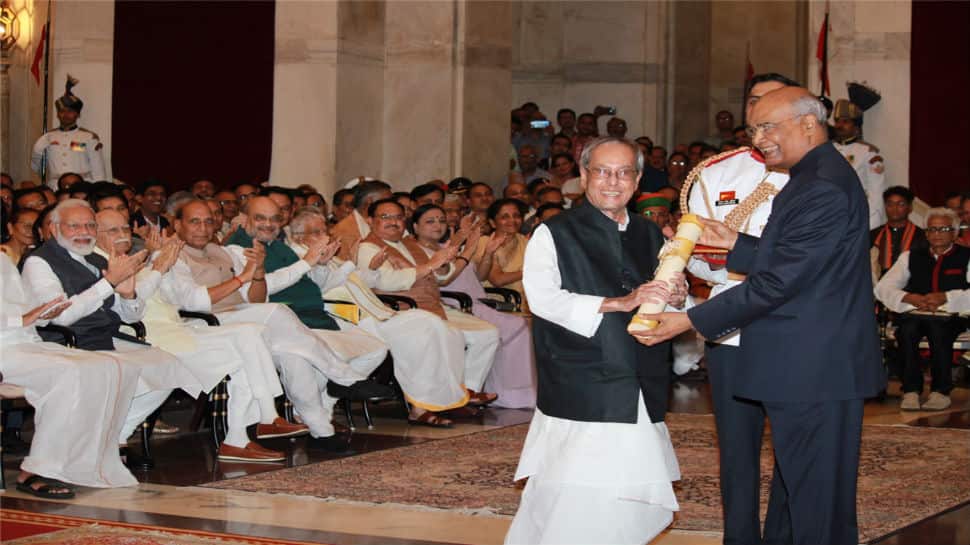 Pranab Mukherjee, India's 13th President, was honoured with the Bharat Ratna on Thursday evening at the Rashtrapati Bhavan. Social activist Nanaji Deshmukh - one of the founding members of Bharatiya Jan Sangh - and noted Assamese singer Bhupen Hazarika too were awarded Bharat Ratna, posthumously.

Mukherjee was presented with the award by President Ram Nath Kovind amid rapturous applause from those present for the ceremony. He had been selected for Bharat Ratna - India's highest civilian award - in January of 2019. The announcement had been made in a statement issued by the Rashtrapati Bhavan.

Prime Minister Narendra Modi had already congratulated Mukherjee for his decades of service to the country. "Pranab Da is an outstanding statesman of our times. He has served the nation selflessly and tirelessly for decades, leaving a strong imprint on the nation’s growth trajectory. His wisdom and intellect have few parallels. Delighted that he has been conferred the Bharat Ratna," he had tweeted.

Mukherjee was the President of the country between 2012 and 2017.

Born on December 11, 1935, in a Bengali family in Mirati, a village in Birbhum district in West Bengal, Mukherjee completed his Masters in Political Science and History and LLB degree from University of Calcutta. Mukherjee's life-long political career spanned about five decades, during which he held various key posts in the Congress as well as in the governments led by Indira Gandhi, Rajiv Gandhi, P V Narasimha Rao and Manmohan Singh.