A bag with one AK 74, 3 Magazines, 147 7.62 mm ammunition, 1 Chinese pistol, 3 pistol magazines, 24 Chinese pistol rounds and one UBGL was recovered from the detainees. 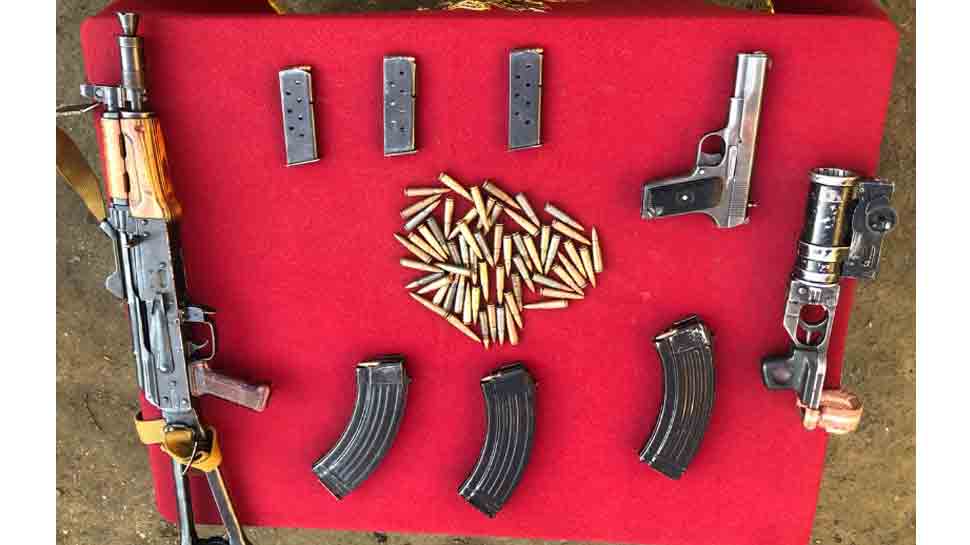 Handwara Police in Jammu and Kashmir on Saturday (March 14, 2020) arrested two terrorist associates and recovered arms and ammunition from them.

On the basis of reliable information regarding the movement of anti-national elements, Handwara police along with 30RR Langate and 92 BN CRPF laid a surprise check-post at Panthachowk Kralgund-Ananwan Hajan crossing. During the surprise checking of the vehicles and pedestrians, two suspicious persons on seeing the check-post tried to escape from the spot but were chased and apprehended by the police.

On searching them, a bag with one AK 74, 3 Magazines, 147 7.62 mm ammunition, 1 Chinese pistol, 3 pistol magazines, 24 Chinese pistol rounds and one UBGL was recovered.