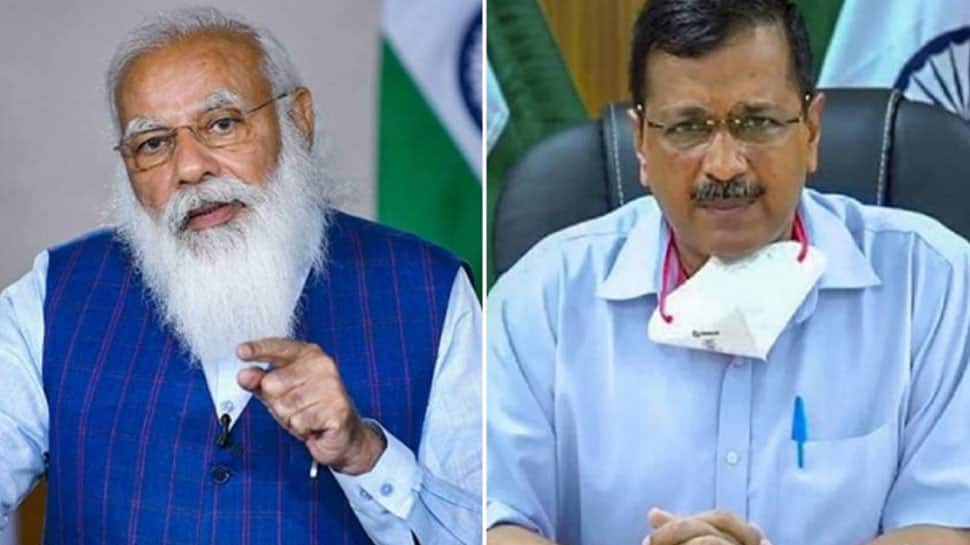 NEW DELHI: In a huge relief to over 80 crore Indians, Prime Minister Narendra Modi had on Monday announced to extend the Pradhan Mantri Garib Kalyan Anna Yojana (PMGKAY) till Diwali.

In this time of the COVID-19 pandemic, the Prime Minister, while addressing the nation, said the government is standing by the poor with every need as their partner.

"Today, the government has decided that the Pradhan Mantri Garib Kalyan Anna Yojana will now be extended till Diwali. That is, by November, free food grains will be available in fixed quantity every month to more than 80 crore countrymen," the Prime Minister said.

The scheme aims to feed the poorest citizens of India by providing grain through the Public Distribution System, to all the priority households (ration card holders and those identified by the Antyodaya Anna Yojana scheme).

Under the PMGKAY, 5 kg of rice or wheat (according to regional dietary preferences) per person and 1 kg of pulse to each family holding a ration card is provided. The scale of this welfare scheme makes it the largest food security programme in the world. This allocation is over and above the supply of foodgrains under the NFSA.

Under this special scheme, around 80 crore NFSA beneficiaries are being covered under both categories of NFSA, namely Antyodaya Anna Yojana (AAY) and Priority Householders (PHH). They are provided with an additional quota of free-of-cost foodgrains (Rice/Wheat) at a scale of 5 Kg per person per month, over and above their regular monthly entitlements under NFSA.

During 2020-21, the Government of India had announced PMGKAY-I (April-June 2020) and PMGKAY-II (July-November 2020) under which 104 LMT wheat and 201 LMT rice, total 305 LMT foodgrains were successfully supplied by FCI to the respective State/ UT governments he added

The Delhi government had in February this year notified its flagship scheme for the doorstep delivery of ration. Kejriwal had announced this scheme in his Republic Day address. CM Kejriwal said that the revolutionary scheme will put a check on the ration mafia and remove problems faced by beneficiaries like waiting in queues, adulteration and shortchanging.

The 'Mukhya Mantri Ghar Ghar Ration Yojna' (MMGGRY) under the Targeted Public Distribution System (TPDS) of the National Food Security Act, 2013, was notified by the government on February 20. The MMGGRY involves the delivery of packed wheat flour and rice to beneficiaries at their doorsteps.

The scheme was originally named the MMGGRY (Mukhya Mantri Ghar Ghar Ration Yojana) but a notification was issued by the Union Ministry of Consumer Affairs on March 9 which said that the subsidised foodgrains being allocated by the department for distribution under the National Food Security Act (NFSA) cannot be used for running any state-specific or other scheme under a different name other than NFSA. Following this, the Delhi government dropped the name.

According to the notified scheme, the beneficiaries will have to pay the processing (conversion) charge along with the cost of subsidised foodgrains. "The entire operation from the lifting of foodgrains from FCI godowns, milling, packaging and till the delivery of packaged commodities to the beneficiary will be carried out under CCTV monitoring. Commodities will be carried in GPS-fitted vehicles," the scheme notification said.

There are about 17 lakh PDS beneficiaries in Delhi. As per the notified scheme, Delhi State Civil Supplies Corporation (DSCSC) will empanel millers and rice processors to lift the foodgrains for cleaning, grinding and packaging. The packed foodgrains will be transported from millers to fair price shops and from there to the doorsteps of beneficiaries through direct home delivery (DHD) agencies to be engaged by Delhi Consumer's Co-operative Wholesale Store Ltd (OCCWS).

Ration card holders may draw their full entitlement of foodgrains in more than one instalment, it added. The scheme will be optional and existing TPDS beneficiaries in Delhi will have to specify whether they want to enrol under it. Beneficiaries will be able to exercise the option at the beginning of every financial year.