Connections 2019 kicked off in New Delhi on February 21 and will close on April 13 in Bangladesh's Dhaka. 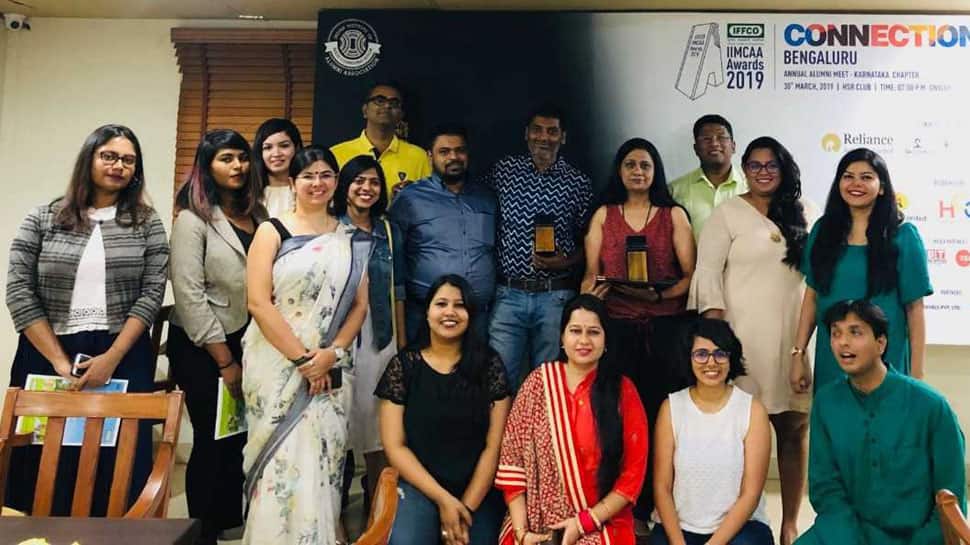 The Indian Institute of Mass Communication (IIMC), a premier mass communication institute under the aegis of central government, is holding an annual meet - Connections 2019 - across several cities in India and also in Dubai and Singapore.

Connections 2019 kicked off in New Delhi on February 21 and will close on April 13 in Bangladesh's Dhaka.

The Karnataka chapter of IIMC Alumni Association (IIMCAA) hosted their fourth annual meet at the HSR Club in Bengaluru, where IIMCAA president Prasad Sanyal presented the IFFCO IIMCAA Awards 2019 to Renu Kakkar for Advocacy and TR Vivek for Entertainment Reporting. These awards carry a cash prize of Rs 21,000 each with a trophy and a certificate. 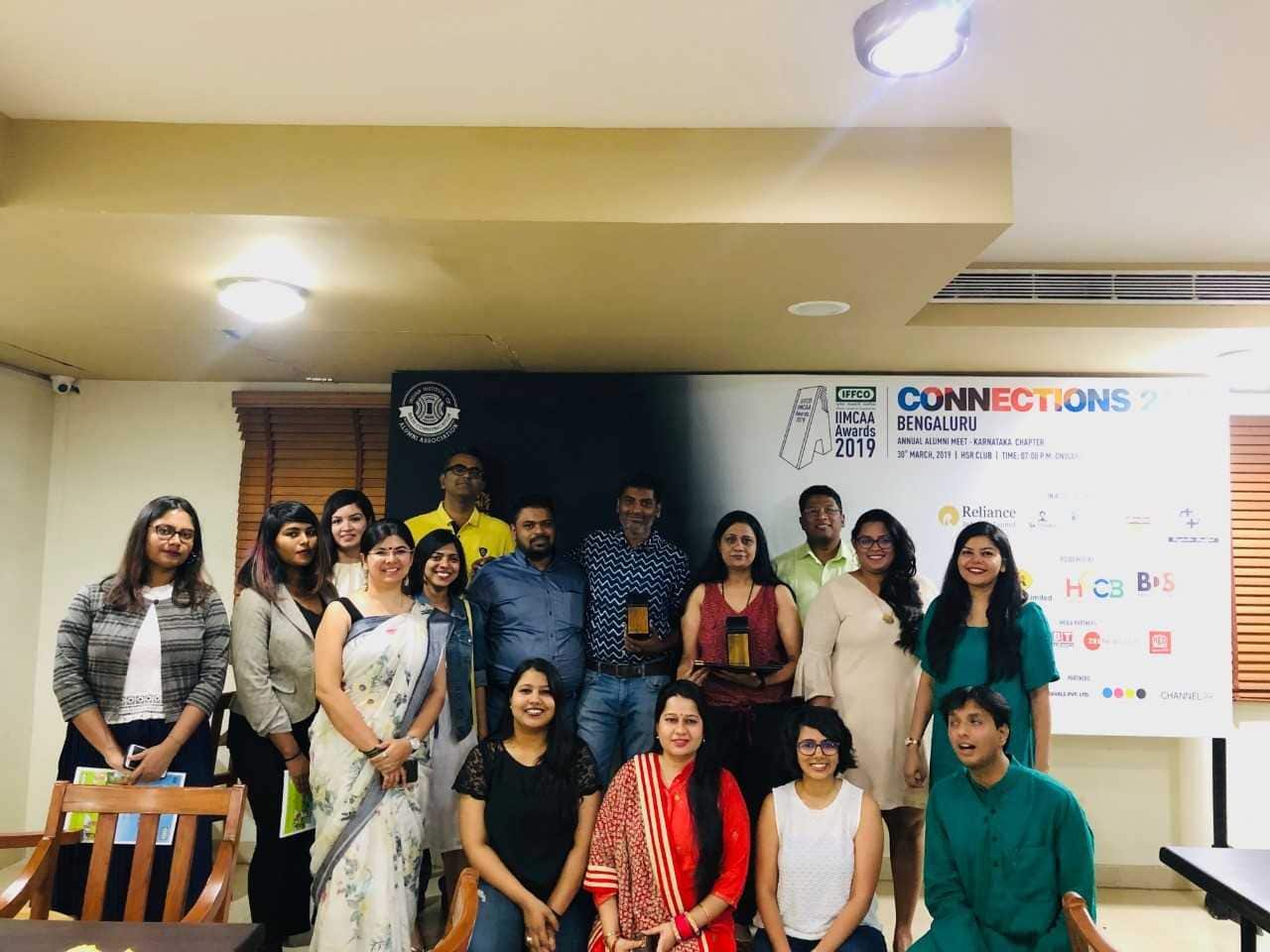 Mr Sanyal also shared the details of the new initiatives undertaken by the body for medical assistance and scholarships - IIMCAA Medical Assistance Fund and IIMCAA Scholarships. IIMCAA has allocated 5 lakhs for the medical fund to help alumni in medical need and arranged 10 scholarships of Rs 25,000 each for financially weak 10 IIMC students. He also added that the annual meeting, organised in 21 cities, has been a huge success.

The meetings were hosted for the first time in UAE and Kerala and at both the places, IIMCAA was created.

In Dubai, Seema Sangra was appointed the president of the association, Debashish Banerjee the general secretary, Neha Jaiswal the treasurer and Vartika Tomar the organisational secretary. In the meeting, members from the Uttar Pradesh chapter were also present. Organisation secretary Kamlesh Rathore attended it as central representative and the meet was conveyed by Professor Firoz.

Arunima Mishra, Isha Raj, Shubhangi Agnihotri, Mujib Rehman and others were also part of the alumni meet. This was IIMCAA's fifth chapter out of India. Previously, the chapters of IIMCAA have been formed in Uzbekistan, Singapore, Bangladesh and Nepal.

In Bhopal, the meeting was presided over by the chapter president Anil Soumitr and other members like Anand Saurabh, the president of Jharkhand chapter Manoj Kumar, senior journalist Avnish Jain, Sanjeev Archarya, Dipti Chaurasiya, Manoj Kumar Singh, Vijay Dubey, Pankaj Sharma, Amit Pathe and others also joined in. Addressing the meeting, Mr Soumitr discussed the IIMCAA Award and the new initiatives taken by the body. 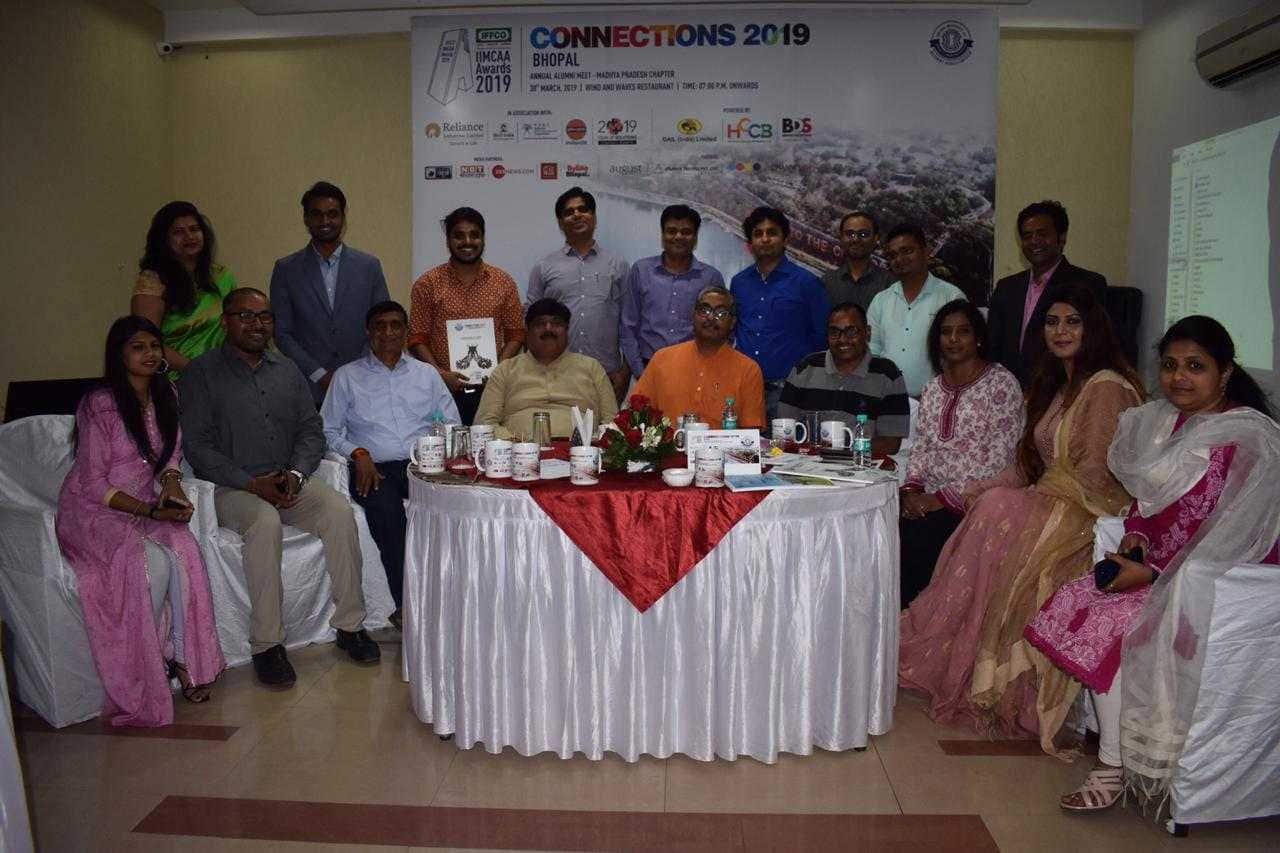 In the first annual meeting of IIMCAA in Kochi, the committee was formed. Senior journalist Kurien Abraham was elected the president, KSR Menon was elected the vice president, Madhur Kalra the general secretary, Hussein Kodinihi the treasurer and Roshni RK was elected as the secretary of the organisation. While addressing the meets, IIMCAA president Prasad Sanyal discussed the journey of the association formed in 2012 till now and expressed confidence that the Kerala chapter would emerge as a strong and active chapter. 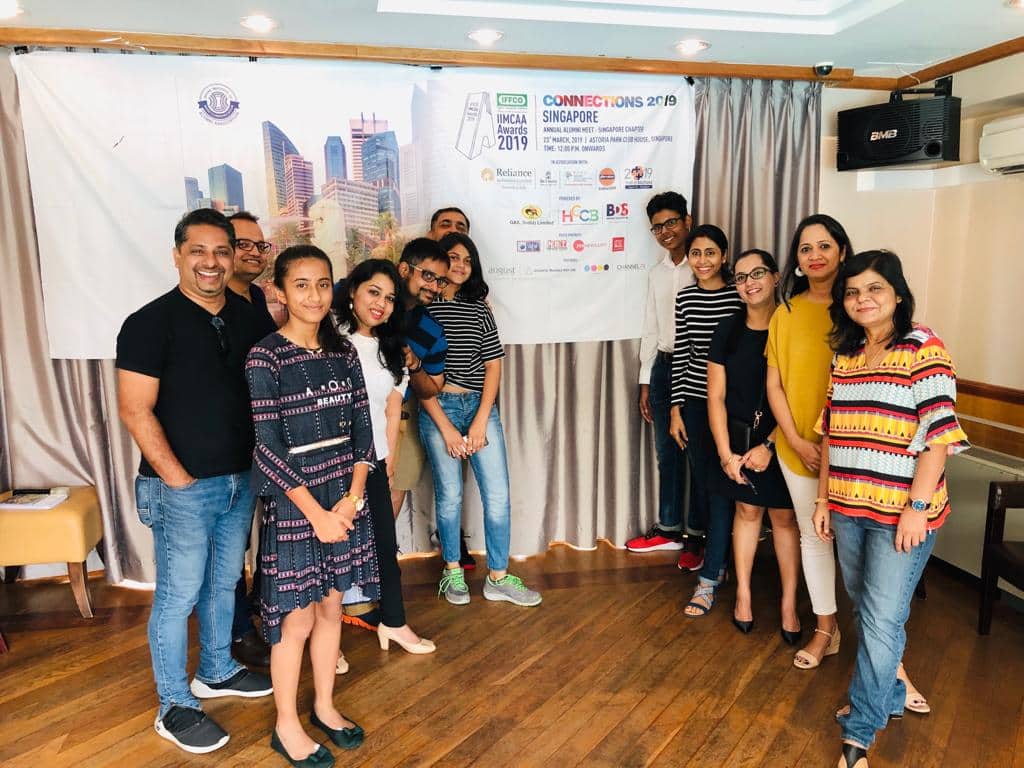 For organising meetings for the second consecutive year in Singapore, the members expressed their confidence that more people would be involved in the IIMCAA network. 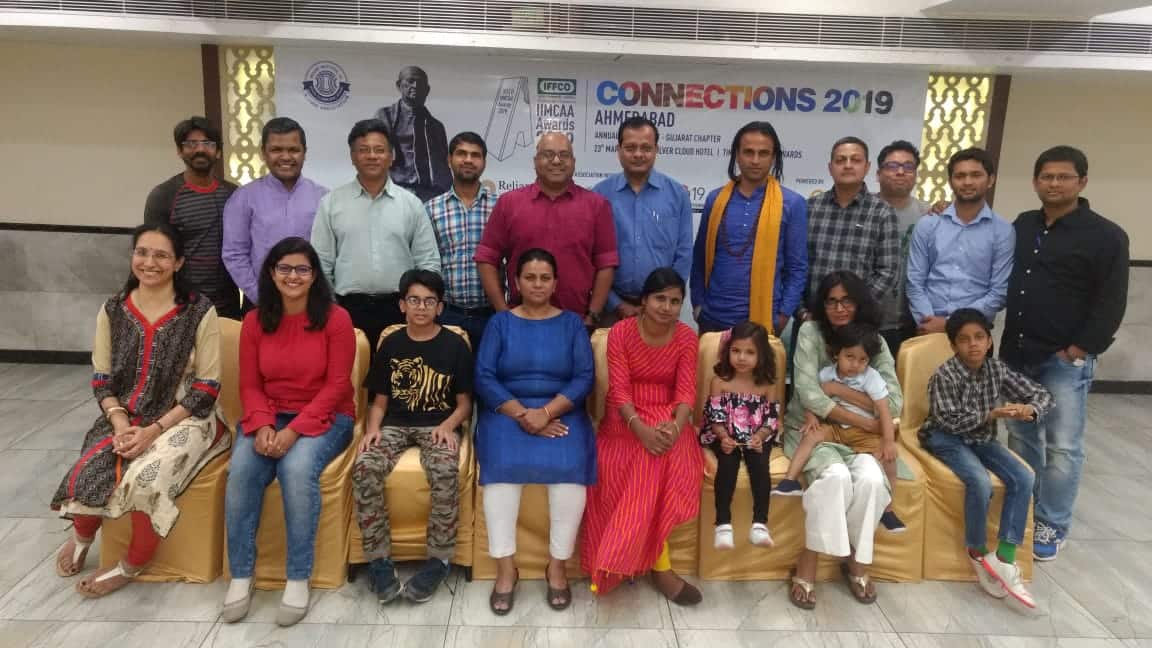 President Pradeep Mallik chaired the IIMCAA meet in Ahmedabad and was moderated by general secretary Arvind Kumar. The other members of the committee included names of that of central committee member Nitin Kumar, secretary general of Andhra Pradesh-Telangana chapter Shantimar Samantare and others. 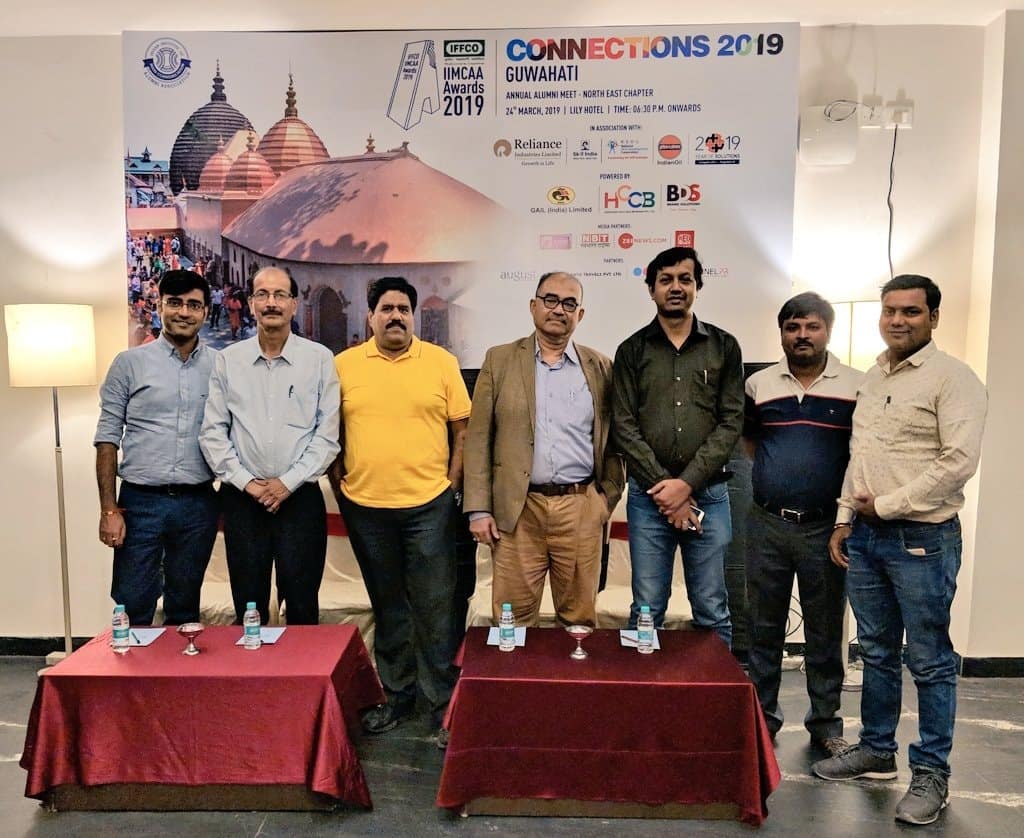 The Bihar chapter has decided to organise a dialogue seminar on the issues faced by the country, society and the committee was asked to chalk out its structure.