Chinese troops had advanced on four positions on the Line of Actual Control; three in the Galvan Valley and one in Pangong Lake, where the troops of both the nation were face to face. 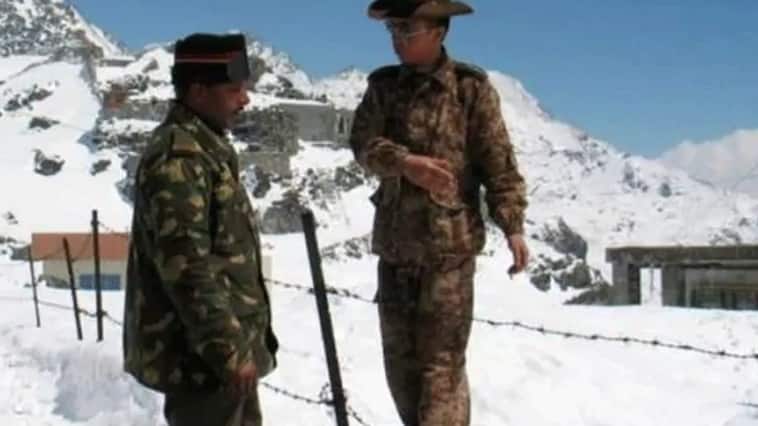 New Delhi: The symbolic disengagement of Indian and Chinese armies from few areas in eastern Ladakh has shown their intent to resolve the border standoff peacefully ahead of another round of military talks on Wednesday. The gesture explains that the dialogue between the two countries was successful and China too understood that bullying tactics will not work against India.

China recently released propaganda videos to show its military preparations and the strategy perhaps was to build a psychological pressure on India but disengagement of its troops in eastern Ladakh today simply showed the hollowness of the Chinese Army in front of India's global diplomatic might.

Even as the disengagement of Chinese troops is being considered a moral victory of India, some people in the country tried to undermine the spirit of nation just to nourish their political career. Of these, Congress leader Rahul Gandhi's statements can be rightly referred to.

Because of Prime Minister of Jawaharlal Nehru's folly, Pakistan managed to occupy over 85,000 square kilometers of land in Kashmir. This includes the territory of Pakistan occupied Kashmir and Gilgit Baltistan. These facts show that more than 1.28 lakh square kilometers of land had gone to China and Pakistan when Pandit Nehru was the Prime Minister. The area is almost equal to the size of Bangladesh and there are about 90 countries in the world which are smaller than this tract.

The failure of India's first Prime Minister Jawaharlal Nehru to asses China is the reason behind Sino-India border dispute. China first occupied Tibet and then strategised to take the possession of ​​Aksai Chin.

Nehru is alleged to have committed several other mistakes while China continued to strengthen its military might. In 1952, the Kulwant Singh Committee had warned the then Indian government about the Chinese build up but this went unheard.

Nehru's biggest mistake is stated to be that he did not allow Indian Air Force to participate in the 1962 war, otherwise the consequence of the faceoff would have been different.

China's psychological warfare, however, has now failed in front of India. Chinese Army fought a war 41 years ago in 1979, and had suffered defeat at the hands of Vietnam. Currently, there is hardly any officer in the Chinese army who would have the experience of the war.

On the contrary, Indian Army had defeated Pakistan badly in Kargil war nearly 21 years ago. The Indian Army also has the experience of penetrating into the enemy's territory. The examples can be seen in the surgical strikes and air strikes against Pakistan.