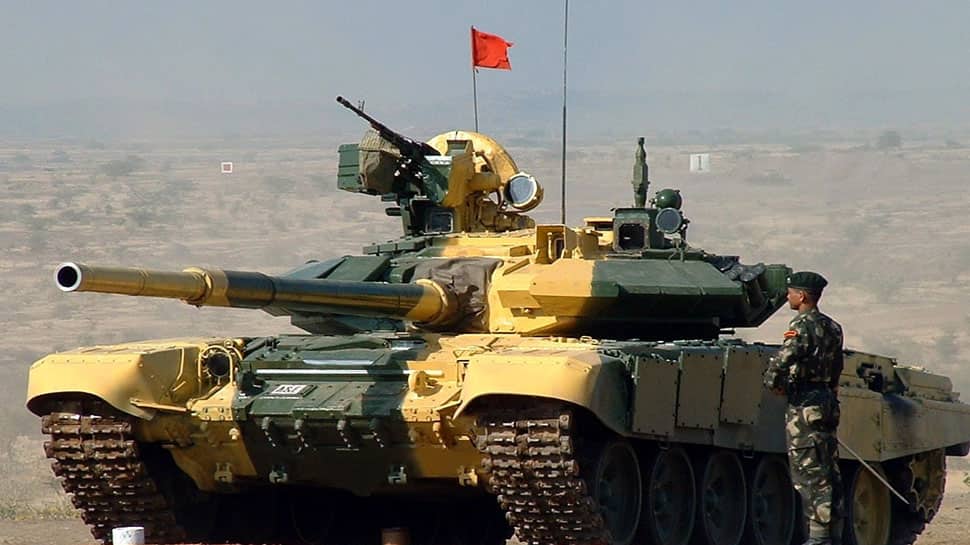 NEW DELHI: Indian Army's T-72 and T-90 tanks will soon get indigenous 125mm Armour Piercing Fin Stabilised Discarding-Sabot (APFSDS) ammunition for their main gun. The decision to go for indigenous development and production of the ammunition, which will substantially enhance the enemy armour penetration capability, was taken at a Defence Acquisition Council (DAC) meeting chaired by Defence Minister Rajnath Singh in New Delhi on Friday.

The DAC approved the capital procurement for the India armed forces Services amounting to approximately Rs 2,000 crore. The decision to go for indigenous ammunition for the Russian-origin T-72 and T-90 tanks is yet another push to the 'Make in India' initiative,

The procurement of Defence Research and Development Organisation (DRDO) developed and industry manufactured Mechanical Mine Layer (Self Propelled) to improve automated minelaying capability with the Indian Army was also approved.

There are 2011 T-90 tanks with the Indian Army while the T-72s number 2414. Indian Army is already in the process of buying 464 T-90MS Main Battle Tanks to arm 10 armoured regiments from Russia for almost Rs 13,448 crore. Indian Army already has the T-90S tanks but the T-90MS is the most lethal variant of the tank and is in service with the Russian Army. The tanks will be assembled Heavy Vehicles Factory (HVF) in Avadi, Chennai from semi-knocked-down (SKD) kits from Uralvagonzavod, the Russian tank manufacturer.

According to Russia's Rosoboronexport the T-90MS tank is equipped with a new turret weapon station with an upgraded 125mm gun. The tanks also sport an advanced and highly automated digital fire control system (FCS) to annihilate enemy tanks, self-propelled guns and other armoured targets. The crew can detect, identify and destroy the targets during the day as well as night much more accurately with the help of FCS.

It also has a guided missile system which can destroy armoured targets including those equipped with explosive reactive armour (ERA) at ranges up to 5 kilometres. The tank comes equipped with a protection system to insulate and help its crew operate in a Nuclear-Biological-Chemical attack environment.