Indian Railways has decided to implement the ban on single-use plastics on trains from October 2.

NEW DELHI: Indian Railways, the country's largest transporter, has decided to put a blanket ban on single-use plastic material in its premises, including trains from October 2.

The letter states that a direction has been received from the Ministry of Forest and Environment and Climate Change calling for action to be taken by various departments/ministries of the Government of India regarding the implementation of a ban on single-use plastic items. 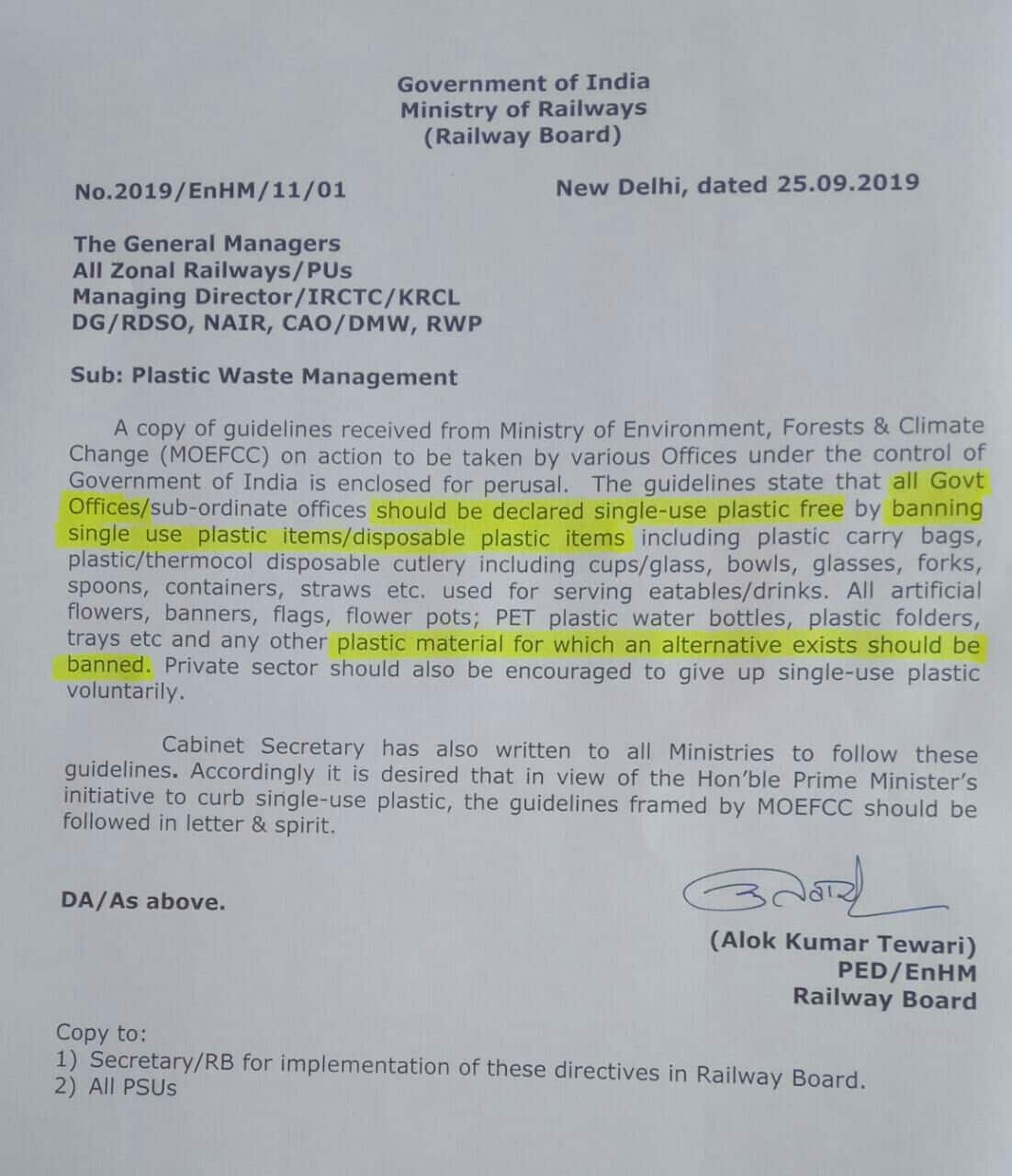 The letter also calls for encouraging the private sector to give up single-use plastic voluntarily.

This ban will be implemented from October 2 – the birth anniversary of Mahatma Gandhi.

It may be recalled that the use of single-use plastic has been recently banned in the Parliament premises.

In the first phase, the Railway Board has also asked authorities to expedite the installation of 1,853 plastic water bottle crushing machines at 360 major stations.

The board has also asked Indian Railways Catering and Tourism Development Corporation (IRCTC) to implement the return of plastic drinking bottles as part of the Extended Producer Responsibility.

The board also asked General Managers of Zonal Railways and production units to encourage railway vendors to avoid the use of plastic carry bags. Railway employees have been directed to reduce, reuse and refuse plastic products and to use reusable bags to reduce plastic usage.