Remarks from former UP chief minister Akhilesh Yadav and his uncle Shivpal Singh Yadav suggest that the latter might make a comeback to the Samajwadi Party fold. 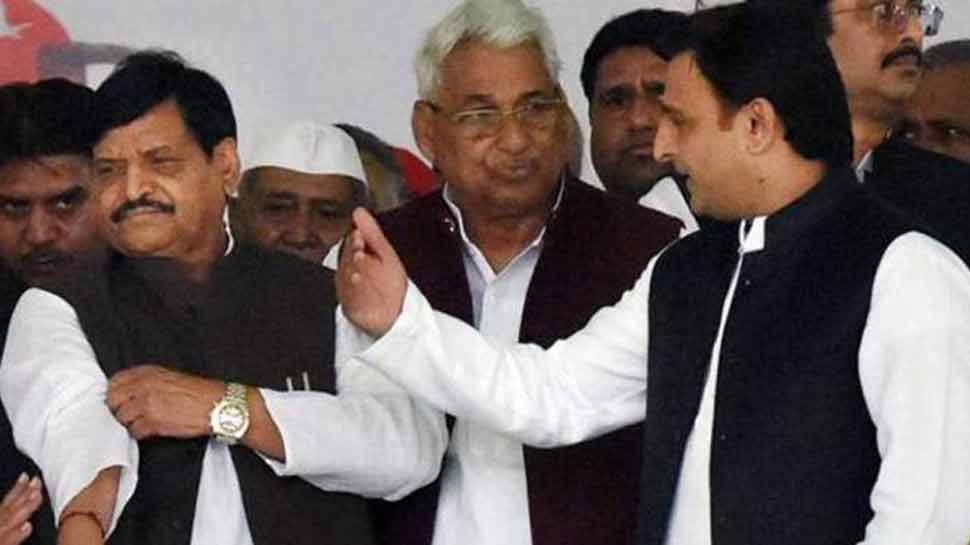 Bonhomie seems to be returning to the warring factions of the Yadav family in Uttar Pradesh. Remarks from former UP chief minister Akhilesh Yadav and his uncle Shivpal Singh Yadav suggest that the latter might make a comeback to the Samajwadi Party fold.

The first indication of a possible truce came from Shivpal Singh Yadav, who said that while he was all in for a reconciliation, “there are some elements” who are making incessant attempts to keep the rift intact within the Yadav family.

Addressing mediapersons at an event in Mainpuri, Shivpal said, “From my side, there are full hopes of reconciliation but there are some elements who stop that from happening.”

The suggestion by Samajwadi Party patriarch Mulayam Singh Yadav’s brother was reciprocated well by Akhilesh, who minced no words saying, “our doors are always open”.

When asked about his response to Shivpal’s statement, the former chief minister said, “Those who want to go by their ideology, they can. But our doors are always open for those who want to join us.”

He had also extended invitations to smaller parties to join hands.

There had also been reports of the former Samajwadi Party leader aligning with the Bharatiya Janata Party (BJP). Speculations around the same had been rife as Shivpal was allotted a bungalow, which was built as per the likings of Bahujan Samaj Party (BSP) supremo Mayawati during her tenure as chief minister, in the heart of Lucknow.

Mayawati had vacated it after the Supreme Court ordered that former chief ministers of the state should move out of their official bungalows.

Shivpal’s departure from the Samajwadi Party had witnessed personal attacks among the top leaders of the party. There had also been reports of major differences between Akhilesh and Mulayam over the issue.