Afghan security forces have revealed that Aslam Farooqi, the leader of the Khorasan branch of ISIS involved in deadly attack on Kabul Gurudwara on March 25, on Saturday (April 4) confessed his strong relationship with Pakistani spy agency ISI. 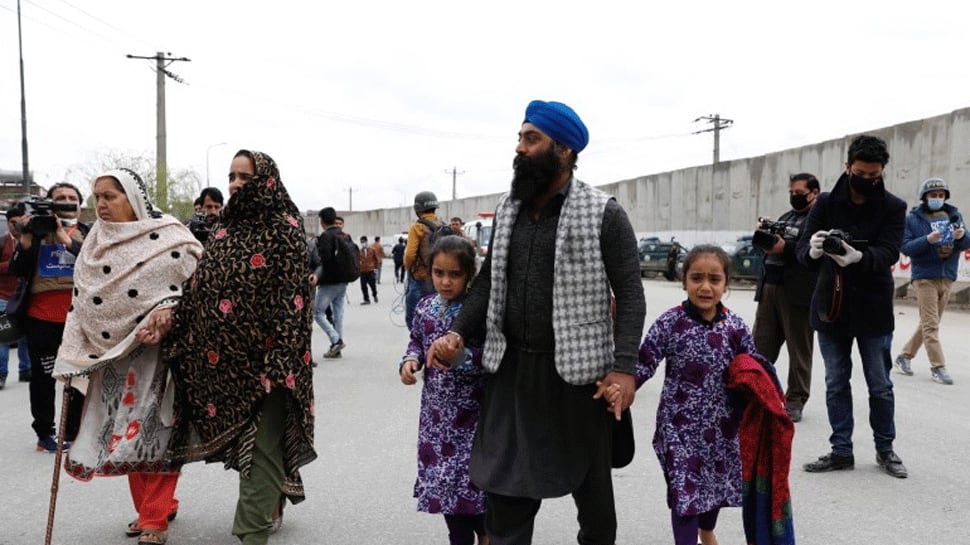 Afghan security forces have revealed that Aslam Farooqi, the leader of the Khorasan branch of ISIS involved in deadly attack on Kabul Gurudwara on March 25, on Saturday (April 4) confessed his strong relationship with Pakistani spy agency ISI.

Pakistani National Farooq was earlier associated with Lashkar-e-Taiba and Tehreek-e-Taliban was operating as the commander of Daesh’s military wing in Pakistan’s Peshawar city and was deployed in Abdul Khel valley of Achin district of the eastern province of Nangarhar. Last year he replaced Mawlawi Zia-ul-Haq aka Abu Omar Khorasani as ISKP chief.

Aslam Farooqi  has close ties with other terrorist networks, such as Lashkar-e-Taiba and the Haqqani Network.

As per intelligence officials from Kabul and Delhi, on the instruction of Haqqani Network Lashkar-e-Taiba  ISKP used Kasaragod resident Muhsin along with three other terrorists to launch attack on Sikh Shrine in Kabul.

‘’Farooqi, the leader of the Khorasan branch of the ISIS terrorist group has arrested along with 19 of her close associates, including Qari Zahed and Saifullah, known as Abu Adullahullah of Pakistan, during a targeted and sophisticated operation by special security forces." said Afghan Forces in statement.

Qari  Zahed was in charge of ISIL's military in Afghanistan,  and Saifullah, known as Abu Abdullah of Pakistan, has been responsible for recruiting  individuals  in Nangarhar province. .

It is a deliberate attempt to throw dust in the eyes of the world that ISKP is behind the attack. Earlier, it was found that ISKP claimed the attacks where the Haqqani network was originally involved. Pakistan is reportedly promoting ISKP and other groups as a check on the Taliban.

"Taliban will deny so that they are projected as a responsible organisation in line with the US Taliban agreement. ISI will use the name of ISKP or unknown outfits to claim the responsibility," an officer working with a Central Security establishment told Zee News.

Investigative agencies suspect that Abu Khalid-al-Hindi joined the Lashkar-e-Taiba a few months before the attack on Kabul. This is part of the ISI’s strategy to put forth that Indian Muslims are working against the Indian government. ISI is also brainwashing Indian Muslims under a well-planned conspiracy to attack the Indian security forces or Indian bases to convey the message that Muslims in India are against the Indian government.

This attack was a clear message to India and a signal to curtail Indian influence in Afghanistan in the near future.

ISIL has recently carried out several bloody attacks in the country. The group claimed responsibility for a month-long attack on a memorial service for Abdul Ali Mazari in Kabul, in which 32 people were killed. A few days ago, he launched another attack on a Sikh shrine in Kabul. Twenty-five people were killed in the attack.