This time as well, he will put up at the festival in Prayagraj - which is 800 km from his hometown - for the next two months. 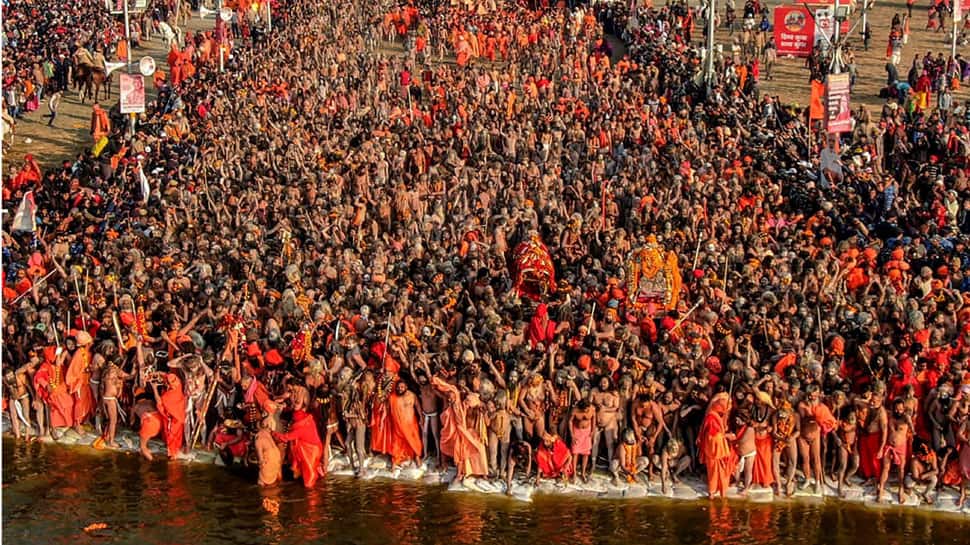 Prayagraj: In another shining example of unity in diversity, a Muzaffarnagar resident has been coming to the Kumbh Mela for more than three decades to help the Sadhus light up their tents.

This time as well, he will put up at the festival in Prayagraj - which is 800 km from his hometown - for the next two months. Though Mohammed Mehmood got acquainted with the Sadhus of the Juna Akhada a long time back, in an interview with ANI, Mehmood said that he is ready to help any Sadhu from any Akhada."I am an electrician.

My aim has always been to never leave any Sadhu, who comes to me, disappointed. I help everyone who is in an emergency," said Mehmood, who is fondly called Mullah Ji by all the Sadhus.

When asked how has the association with one of the fiercest Akhadas of the Naga Sadhus been, Mehmood said that he is always treated with respect. He further said that he is always given a place by the Sadhus to offer his namaz."So far, it has been good. If by chance, things go wrong, that will be my last Kumbh," Mullah-Ji added as an afterthought.