Leader of Opposition Devendra Fadnavis should not repeat mistakes he made as chief minister, says Shiv Sena

The Shiv Sena editorial Saamana on Monday launched a scathing attack on former Maharashtra Chief Minister and incumbent Leader of Opposition in state Assembly Devendra Fadnavis and said that he should repeat the mistakes he made as the CM. 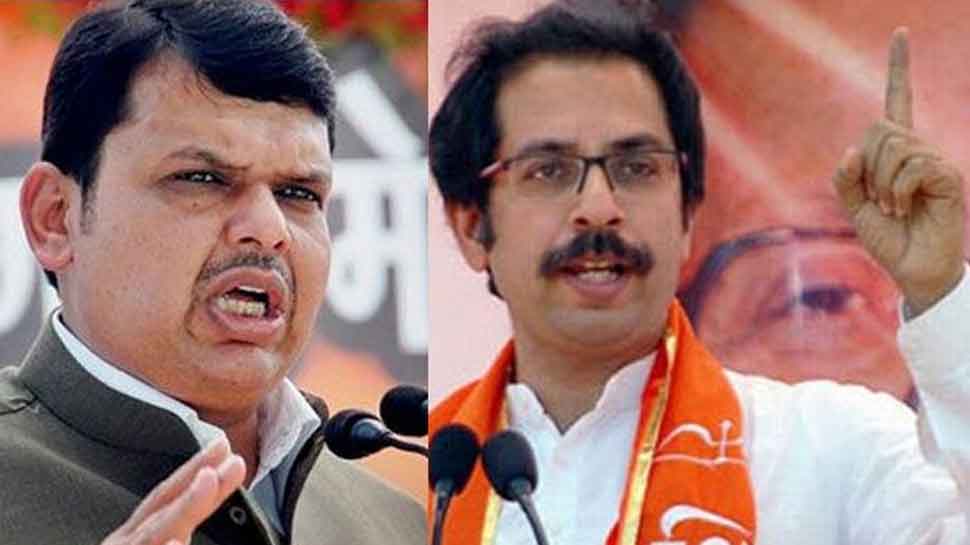 MUMBAI: The Shiv Sena editorial Saamana on Monday launched a scathing attack on former Maharashtra Chief Minister and incumbent Leader of Opposition in state Assembly Devendra Fadnavis and said that he should not repeat the mistakes he made as the CM.

Saying that although it is an internal matter of BJP who they want to choose as the Leader of Opposition, Shiv Sena added that the pride and dignity of the prestigious position should remain intact.

Saamana went ahead and cited the example of Rajasthan and Madhya Pradesh where the BJP lost election and did not come to power. "Former CM Vasundhara Raje or the formidable former Madhya Pradesh CM Shivraj Singh Chauhan did not become the Leader of Opposition when the BJP lost power in the states," said Saamana while adding that in Maharashtra, the Centre from Delhi is chanting "Only Fadnavis".

The BJP leader took oath "illegally" despite not having a majority and the CM quit within 80 hours of taking oath without even facing the legislative assembly, said Saamana and added that it this blot has to be removed by doing legitimate work as the Leader of the Opposition or at least get training from Eknath Khadse of the party.

"The election of Nana Patole as the assembly Speaker is the hardest slap on BJP's face. Patole is the first rebel BJP leader who openly critcized PM Modi and tendered his resignation, only to win the election from Congress seat and now to become the Speaker," Saamana added.

Patole had said, PM Modi does not let anyone else speak, now Patole will decide if Fadnavis will speak in the assembly or not, Saamana further said.

The Saamana editorial ended with another warning to the BJP which is in Opposition in Maharashtra. "This government will remain in power for the next five years as it chose the path of law. The 170-strong strength of MLAs will remain intact and the Opposition should take care of this," it said.

The attack on Devendra Fadnavis by the Shiv Sena came a day after CM Uddhav Thackeray on Sunday said in assembly that he blamed the BJP for the end of the Shiv Sena’s three-decade alliance with it.

“I won’t call you (Devendra Fadnavis) an ‘Opposition leader’, but I will call you a ‘responsible leader’. If you would have been good to us then, all this (BJP-Shiv Sena split) would have not happened… I have learnt a lot of things from Devendra Fadvanis and I will always be friends with him,” he said.